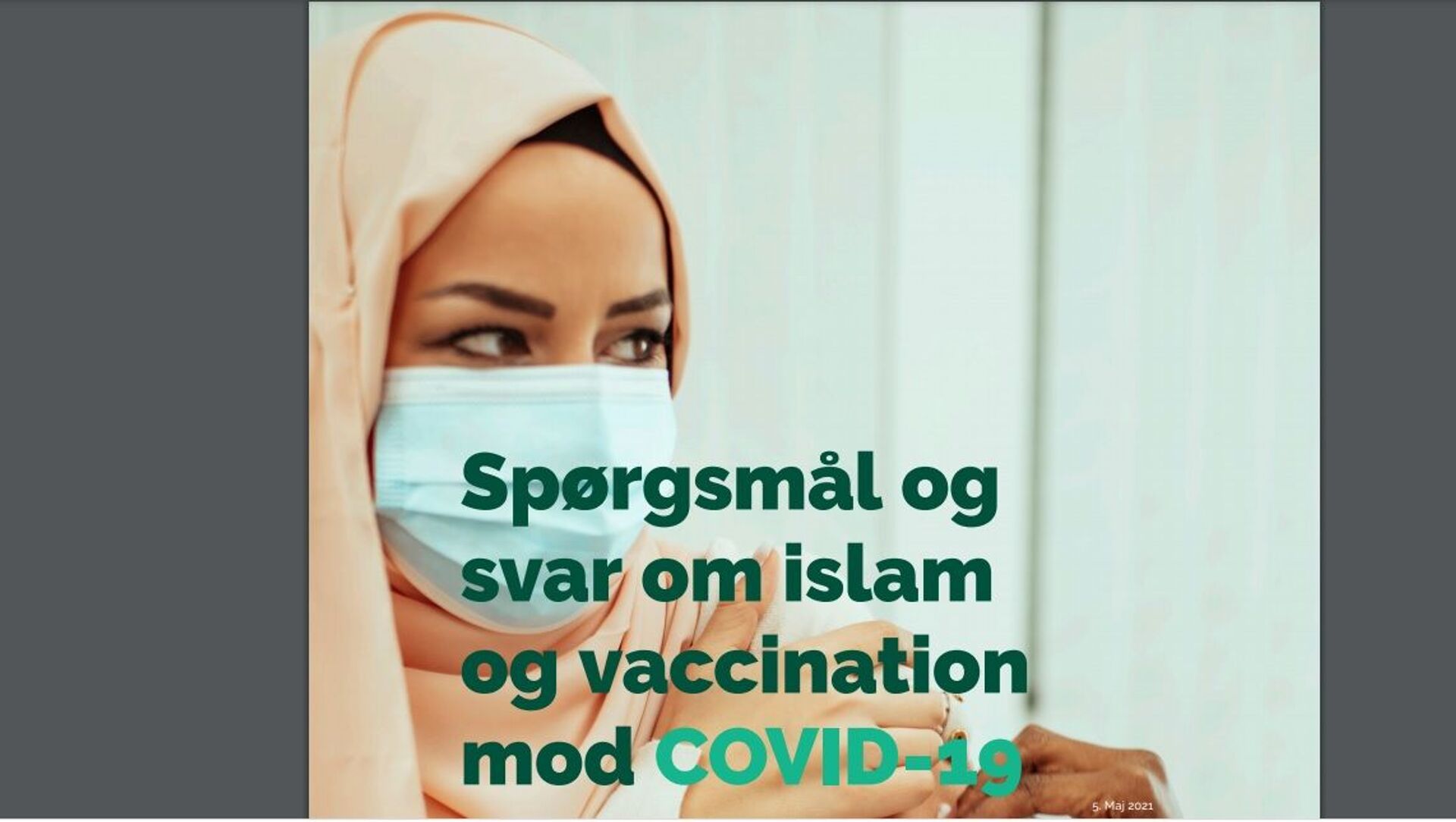 Igor Kuznetsov
All materials
Is it halal to be vaccinated? And what did the Prophet Muhammad think about medicine? These are some of the questions being addressed in a controversial booklet from the Danish health authorities in order to boost vaccination rates among the country's Muslims.

Denmark, like several other European countries, has seen lower COVID-19 vaccination rates among its Muslim population. To address critical attitudes, the National Board of Health has allied itself with imams and Islamic organisations to persuade Muslims to get their shots.

In a booklet, published on the State Serum Institute's page, misconceptions and conspiracies that deter Muslims from getting vaccinated are refuted one by one. For instance, the booklet assures that there is no reason to fear that the vaccine contains alcohol, gelatin from pigs or cells from foetuses. Nor is there any reason to believe that the shot could harm the DNA of fertility of those getting vaccinated, the booklet says.

In the preface to the booklet, Director General of the Danish Health Authority Søren Brostrøm emphasised that thousands of questions about COVID-19 have been answered. However, apart from medical professionals, some of the answers are based on interpretations of the Quran.

"The Muslim organisations that support this booklet have full respect for the fact that there can be many interpretations of Islamic teachings and that the interpretations that emerge here are not shared by all. Therefore, each individual is encouraged to engage in dialogue with their own spiritual counsellors and health professionals", Naveed Baig, a hospital imam and a contributor to the booklet, wrote in the preface.

Among other things, the booklet references trust in Allah, suggesting that "trust in God and active self-help go hand in hand, and they are not opposites". Furthermore, Muslims are reassured that the Prophet Muhammad himself received medical treatment. Additionally, it emphasises that Muslims are only allowed to visit Mecca if they get vaccinated, citing a requirement by Saudi health authorities.

Since it is rather unusual for the Danish state to use Islamic arguments in healthcare campaigns, the booklet sparked a strong reaction.

"First of all, it reflects the lack of integration in certain Muslim communities that the mosques constitute such a great authority, not only in the religious field, but also in healthcare", he told the newspaper Kristeligt Dagblad.

The National Board of Health justified its actions with misunderstandings that had arisen in Muslim communities. The agency felt that they were forced to ally with Muslim authorities to nip the misunderstandings about Islam and vaccines in the bud.

According to a 2020 report, Denmark is home to over 250,000 Muslims (or 4.4 percent of the population). Their share has been steadily increasing over the past several decades. For instance, in 1980, merely 0.6 percent of the Danish population was Muslim.