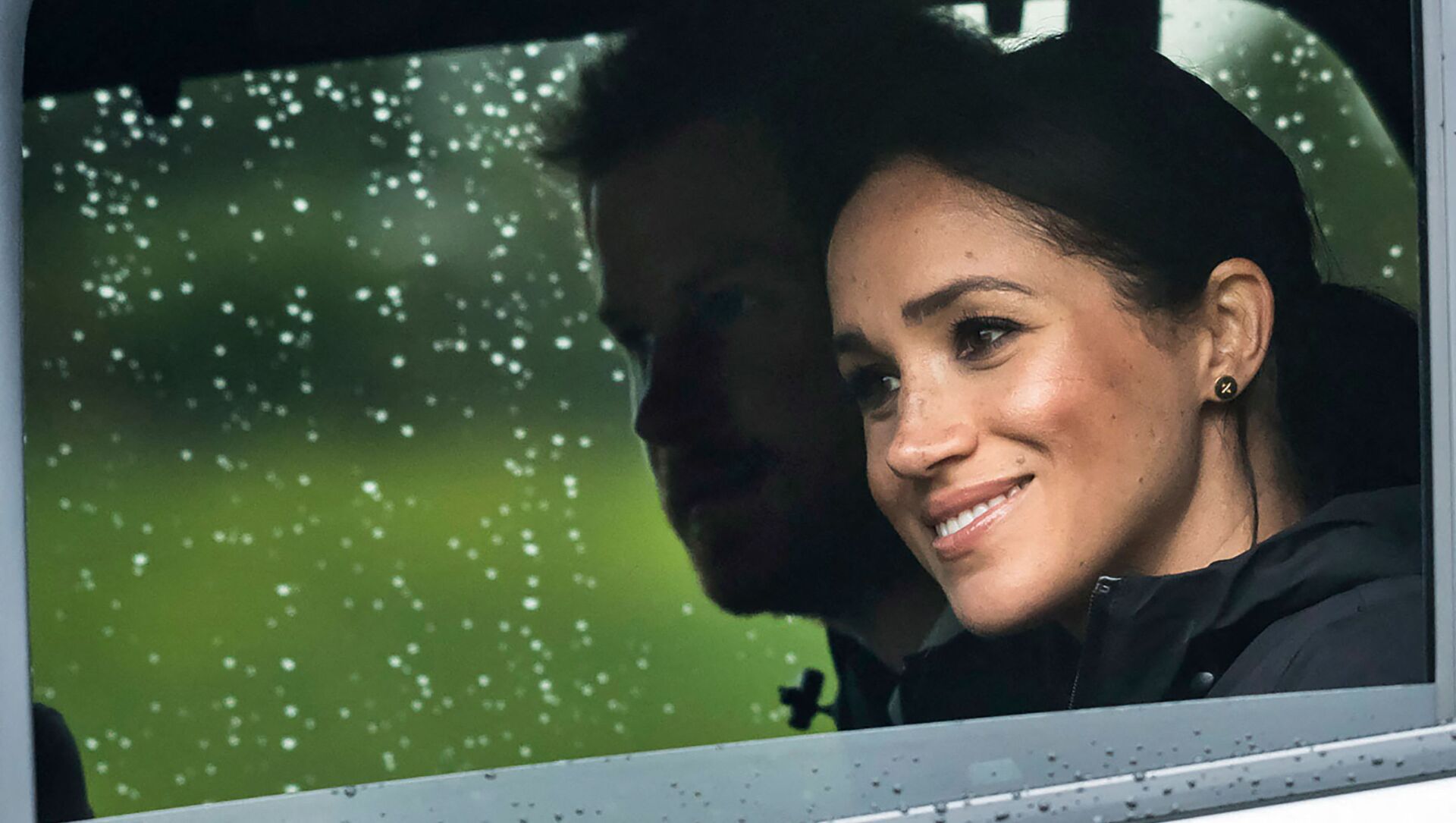 © AFP 2021 / STR
Subscribe
Max Gorbachev
All materialsWrite to the author
The news comes two weeks after the Duke of Sussex spoke about his struggles with mental issues on the "Armchair Expert" podcast, where he revealed that the couple decided to quit royal life and move to North America because he wanted to "break the cycle" of pain he suffered.

Meghan Markle has been performing several alternative medicine techniques on herself, Prince Harry, son Archie, and even the couple's dogs, the Daily Mail reported, citing an insider. According to the outlet, the Duchess introduced her husband to the term "ancestral healing", which she herself learned from her mother Doria Ragland.

"Meghan said both she and Harry come from a long lineage of pain and suffering, generations of genetic baggage and that it's now up to them to break the cycle once and for all", the source told the newspaper.

The Daily Mail writes that the 39-year-old is also a big advocate of tapping, a technique used to relieve emotional pain and anxiety by tapping on pressure points. The tapping system works similar to acupuncture.

"[Meghan]is convinced that tapping has helped both her and Harry release negative patterns imprinted on their DNA from past generations - generations going all the way back to even the darkest of times including slavery, war, you name it", the insider said.

Another alternative medicine technique reportedly used by the Duchess of Sussex is Reiki, a Japanese system, which sees practitioners transferring energy from their palms to a patient. Supporters of this technique believe it can activate a healing process inside the body and restore physical and emotional well-being.

The news comes two weeks after Prince Harry spoke on the "Armchair Expert" podcast about his struggles with mental issues. The royal compared life inside the palace to a zoo and "The Truman Show". The latter is an award-winning movie about a person who is unaware that he is living in a reality TV show being broadcast continuously around the world.

Speaking to the show's hosts, actors Dax Shepard and Monica Padman, Prince Harry said Meghan Markle advised him to go to therapy in order to deal with his mother's death as well as his anger.

He then revealed that one of the reasons why the couple decided to quit royal life and move to North America was the desire to "break the cycle" of pain he suffered, launching a thinly veiled criticism of his father Prince Charles and grandparents Queen Elizabeth II and late Prince Philip.

"It's a lot of genetic pain and suffering that gets passed on anyway so we as parents should be doing the most we can to try and say 'you know what, that happened to me, I'm going to make sure that doesn't happen to you'", Prince Harry said.

000000
Popular comments
It is unfortunately not allowed here( advertising, with all the good intentions). This is SN, not any site...
armor
26 May, 14:53 GMT1
000000
Sounds like a pair of chronic complainers who's had ever disease known to mankind and a few that isn't known looking for sympathy, Megan's been around a lot from this one to that one and poor ole Harry is just an inbred so called royalty.