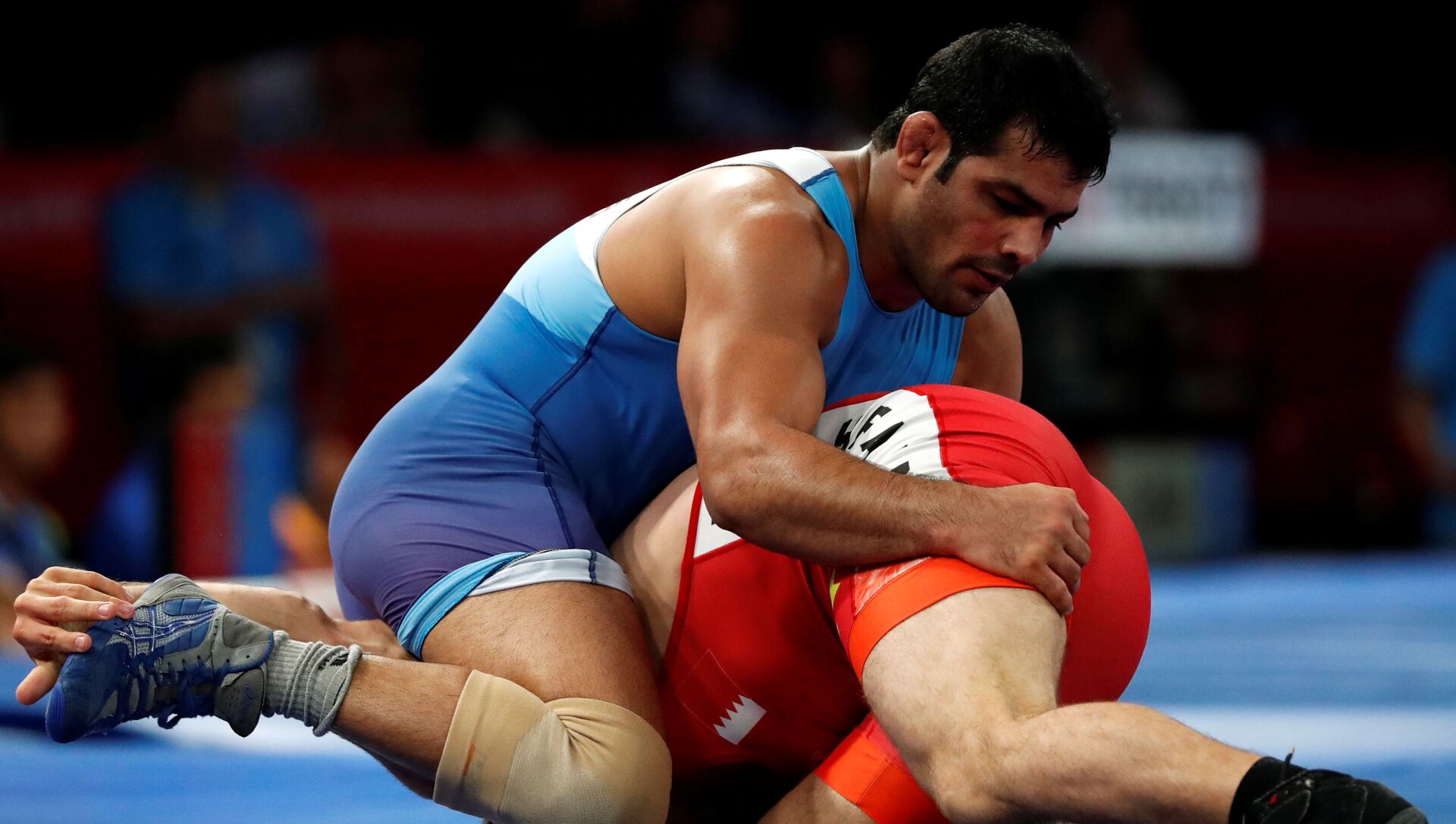 Pawan Atri
All materials
Sushil Kumar is the most-decorated wrestler in India's Olympic history. Winner of the bronze in the 2008 Beijing Games and the silver in London 2012, Sushil has also won three Commonwealth gold medals in the Delhi, Glasgow and Gold Coast games in 2010, 2014 and 2018 respectively.

Two-time Olympic medalist Sushil Kumar's arrest in a murder case at Delhi's Chhatrasal Stadium, known as Indian wrestling's Mecca, has left India's sporting fraternity absolutely stunned, shocked and in a state of disbelief. The wrestling community in particular has yet to come to terms with the reality that an iconic wrestler such as Sushil could be involved in such a ghastly act.

On Sunday, the Delhi Police arrested Sushil over the murder of Sagar Dhankhar, a 23-year-old former junior national champion, and with his arrest, Chhatrasal will never be the same again.

The alleged crime took place on 4 May at Chhatrasal Stadium, when two groups of wrestlers clashed with each other. Dhankhar sustained injuries during the brawl, and died in a Delhi hospital during treatment. Before he died, Sushil and his associates abducted Dhankhar from his house in Delhi to teach him a lesson for badmouthing him in front of other wrestlers, his family claimed. According to his post-mortem report, Dhankar had suffered several injuries to his legs, chest and abdomen and his death was caused by "cerebral damage".

Sushil fled the crime scene after the incident and absconded for 18 days. The Delhi Police have revealed that while on the run, Sushil crossed the border of as many as seven Indian states. He was finally arrested on 23 May and now faces charges of murder, abduction and criminal conspiracy.

Sushil's arrest is a shock for Indian sports, which is still overshadowed by the coronavirus pandemic. Those who have trained with him are struggling to believe that Sushil could be guilty of such an act and Geetika Jakhar, a former Indian woman wrestler, who won a silver medal in the 2006 Asian Games, said such terrible news will definitely affect people's minds negatively.

"Sushil's arrest has created a negative image of wrestling in India. His involvement in a murder case has created a perception that wrestling is a sport in which criminals are involved. People must be thinking if one wrestler could do such a thing, others can too," she told Sputnik while adding that a thorough investigation should be done so that the truth is revealed as soon as possible.

Arjuna award winner and Commonwealth Games (CWG) bronze medalist Kripa Shankar Patel, who has practised with Sushil for years, claimed that Sushil simply can't kill anyone. "I cannot believe this. I have trained with Sushil for a long time in different camps and can say that he could not kill anyone. Maybe it is an accident. The law should take its own course and the victim should get justice," Patel added.

Sushil's father-in-law and former coach Satpal Singh started the Chhatrasal Stadium wrestling arena in 1988. Sushil joined Chhatrasal when he was 14 in 2000. Under the guidance of Satpal, who was a great mentor and knew almost every wrestling technique, Sushil went on to claim bronze at the 2008 Beijing Games and silver at the London Olympics four years later. In between, Sushil captured a world championship title in 2010 raising him to a level of supreme eminence in Indian sports.

Satpal, an Asian Games gold medalist and a Dronacharya Award winner is a legendary coach, who is known for scouting wrestling talent from all over the country. Popularly called Guru Satpal, he has developed a great rapport with a number of wrestling arenas in Haryana, which worked as a feeder network to the Chhatrasal Stadium.

Once a wrestler was selected to train at Chhatrasal, he didn't have to worry about his daily needs as everything was available free of charge. The only thing young wrestlers had to focus on was wrestling. Trainees lived in rooms built under Chhatrasal's stand, barely a few metres from the wrestling hall. If Satpal was the brain behind Chhatrasal, Sushil - with his incredible success - was now its face.

With Sushil by his side, Satpal's dream of transforming Chhatrasal into India's biggest hub of wrestling came to fruition as it started producing national and international champions. After Satpal employed a battery of coaches, young wrestlers started blossoming to show their full potential: London Olympics bronze medalist Yogeshwar Dutt, Asian and Commonwealth Games gold winner Bajrang Punia and Tokyo hopefuls Ravi Kumar Dahiya and Deepak Punia are all products of Chhatrasal.

On the other hand, Sushil, who had gone into slight hibernation after he failed to qualify for the Rio Olympics in 2016, took up an administrative role, but never stopped training at the stadium. With Satpal taking a back seat because of his age, it was Sushil who was now the de-facto administrator of Chhatrasal.

"Sushil's actions have not only tarnished his image, but also the image of Indian wrestling. Young kids, who used to consider him a hero, may feel cheated by his actions and could shun wrestling altogether. As a two-time Olympic medallist, Sushil should have never indulged in such an act since he is a role model for millions of youngsters and his arrest creates a negative image of a sport which has given him so much," Yogeshwar Dutt told Sputnik.