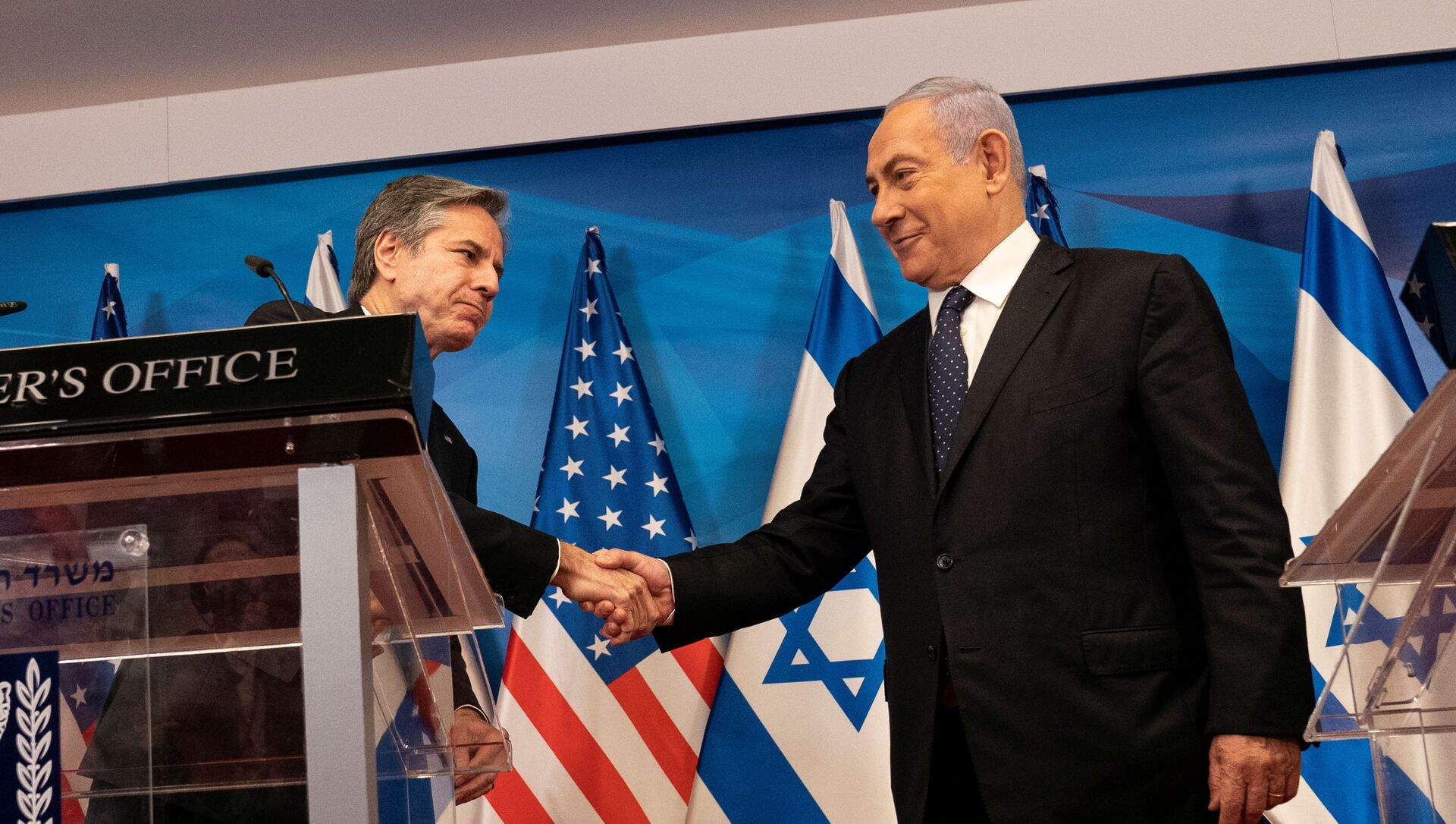 Gaby Arancibia
All materialsWrite to the author
Since early April, negotiators have been meeting in Vienna to hash out a step-by-step initiative that would allow for the US and Iran to come back under compliance of the 2015 Joint Comprehensive Plan of Action (JCPOA). To date, no clear pathway has been drawn out, but officials have stated some progress has been made.

Israeli Prime Minister Benjamin Netanyahu doubled down on past remarks on Tuesday and urged the US to steer clear of rejoining the Iran nuclear deal, one of US President Joe Biden’s leading campaign promises.

Netanyahu issued the commentary following a joint meeting with US Secretary of State Antony Blinken, who recently traveled to the Middle East in a bid to bolster peace talks amid the still-intact cease-fire between Israeli and Palestinian officials.

"I can tell you that I hope that the United States will not go back to the old JCPOA because we believe that that deal paves the way for Iran to have an arsenal of nuclear weapons with international legitimacy," Netanyahu said, outlining just one of three topics that were discussed between officials.

"We also reiterated that whatever happens, Israel will always reserve the right to defend itself against a regime committed to our destruction, committed to getting the weapons of mass destruction for that end.”

Netanyahu noted that additional points of discussion centered around the cease-fire, and the Israeli state’s desire to deepen peace treaties signed with regional neighbors, as well as working to normalize ties with countries that have yet to sign an accord with the nation. 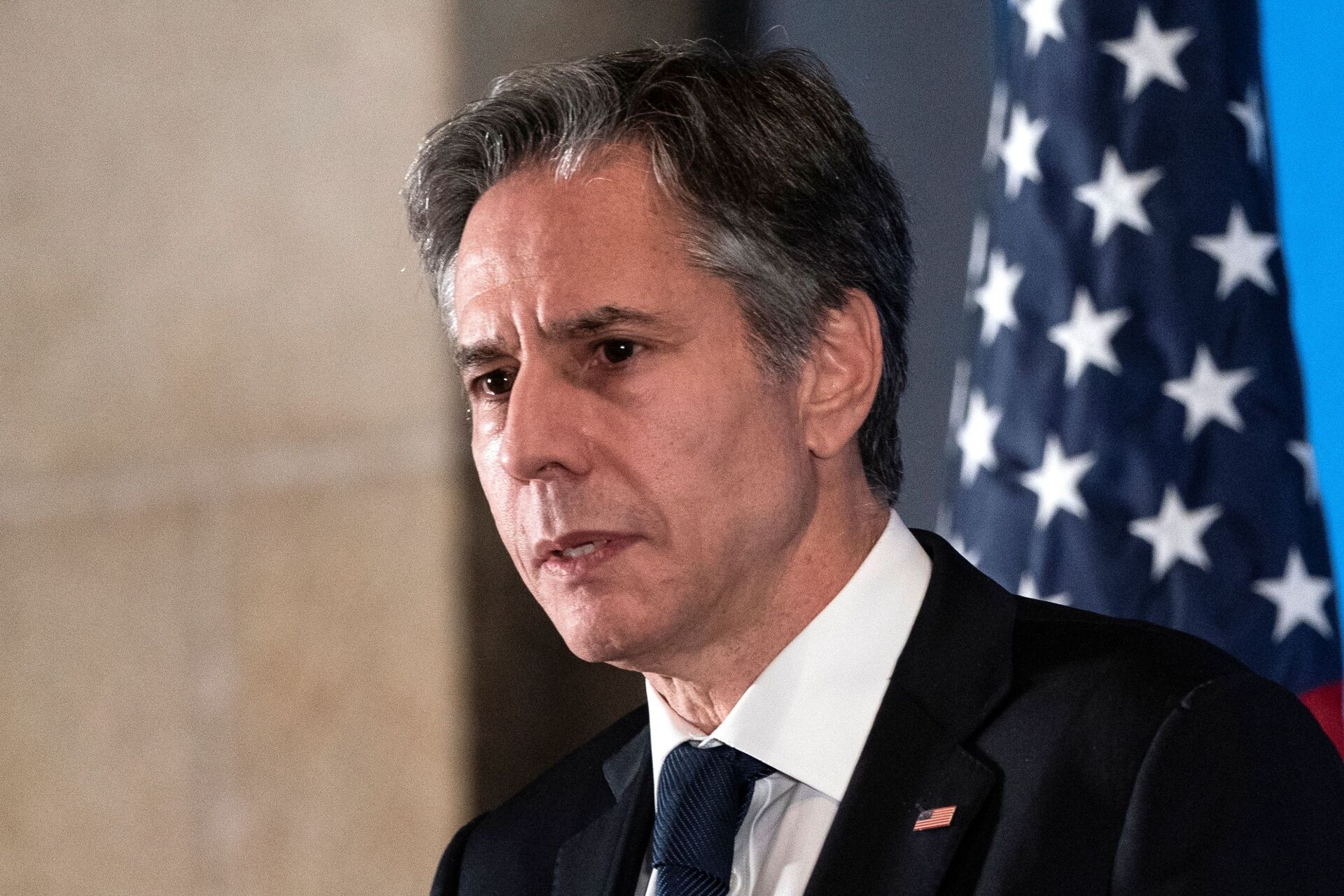 US Secretary of State Antony Blinken speaks with reporters during a news conference at his hotel, in Jerusalem May 25, 2021
© REUTERS / POOL

The official further indicated that discussions also touched on how best to improve the lives and living conditions of Palestinians. However, with that said, Netanyahu also clarified that should Hamas break the cease-fire, Israeli officials would undertake “very powerful” responses.

While Blinken did not push back on Netanyahu’s commentary, he did emphasize that the US would continue to consult with Israel regarding the full resumption of the 2015 nuclear deal.

“We will continue to strengthen all aspects of our long-standing partnership,” the secretary of state said. “And that includes consulting closely with Israel, as we did today on the ongoing negotiations in Vienna, around the potential return to the Iran nuclear agreement.”

The Tuesday remarks are not the first time that Israeli officials have either accused Iran of building nuclear weapons or of wanting to go down such a path. In 2019, without providing evidence, Netanyahu claimed that Iran was using a facility near Abadeh to carry out “experiments” that would help to develop nuclear weapons.

More recently, on International Holocaust Rememberance Day, Netanyahu voiced similar remarks yet again, warning that a resumption of the JCPOA would “pave the way” for Iran to stockpile nuclear munitions.

Although Netanyahu and critics have repeatedly suggested that Iran intends to use its uranium supplies to build such weapons, Iranian officials have underscored that they have no intentions to carry out such efforts.

Earlier, negotiators agreed to extend monitoring practices at Iran’s nuclear sites for one additional month after a previous three-month extension had expired. The surveillance measure, stemming from a stipulation under the JCPOA, is done in order to ensure Iran is in compliance with the agreement. However, it’s worth noting that UN inspectors have yet to gain access to footage being held by the Atomic Energy Organization of Iran.