Cummings to Accuse PM of Having No 'Serious Plan' to Protect Vulnerable Brits From COVID: Report 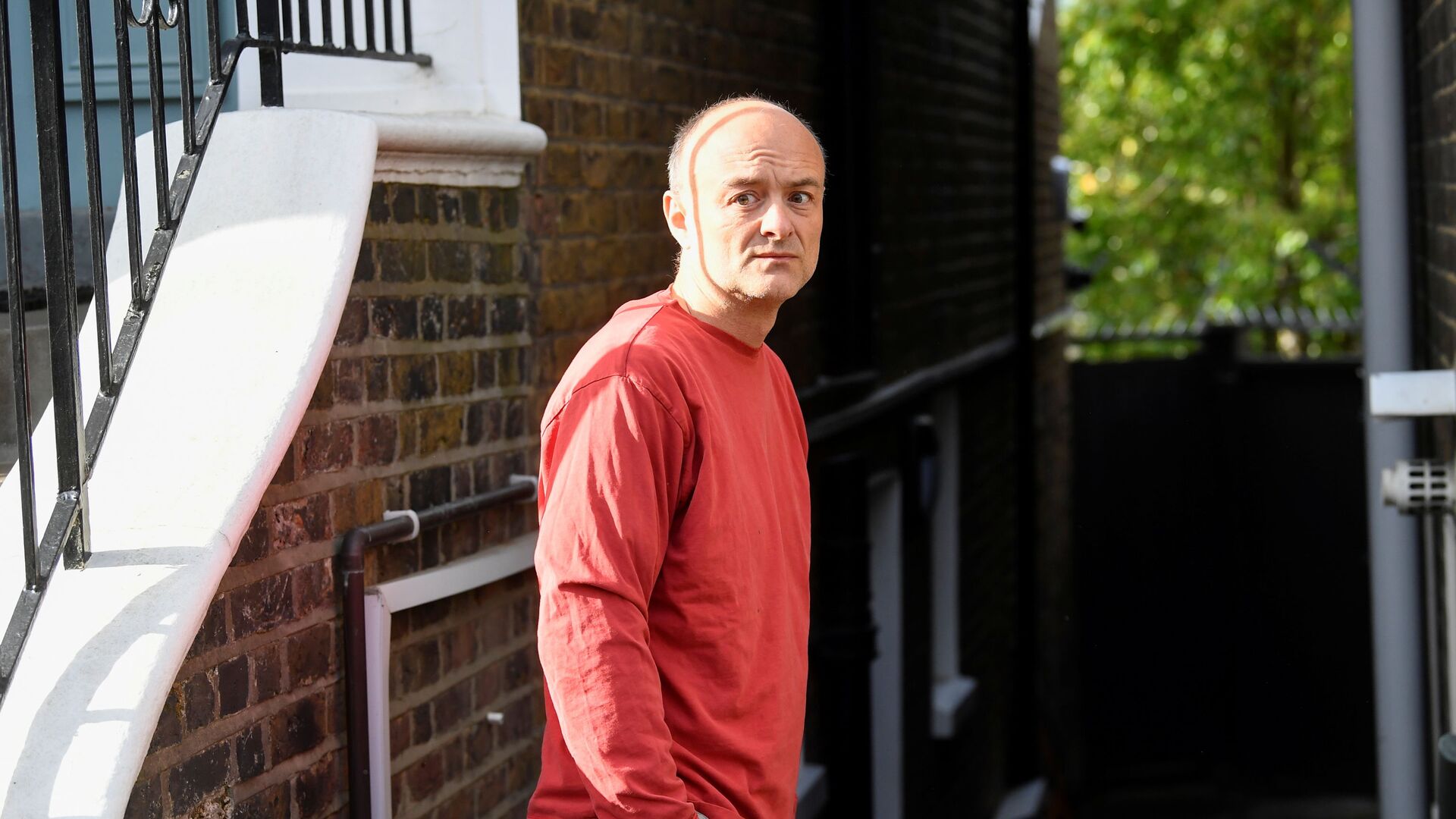 Oleg Burunov
All materialsWrite to the author
Later on Wednesday, Dominic Cummings is due to testify before parliament as part of a probe by parliamentary committees into the UK government's handling of the coronavirus pandemic.

The British prime minister's former chief adviser Dominic Cummings has accused Boris Johnson of failing to create a "serious plan" to protect the country's most vulnerable people from COVID-19, The Guardian reports.

The alleged accusations come ahead of Cummings' testimony to MPs later on Wednesday, during which he is expected to blame cabinet ministers for alleged mistakes in tackling the coronavirus pandemic last year.

The British PM's ex-aide will reportedly use the testimony to assert that Johnson dubbed COVID-19 the "kung-flu" and was allegedly ready to be infected with the virus live on TV. 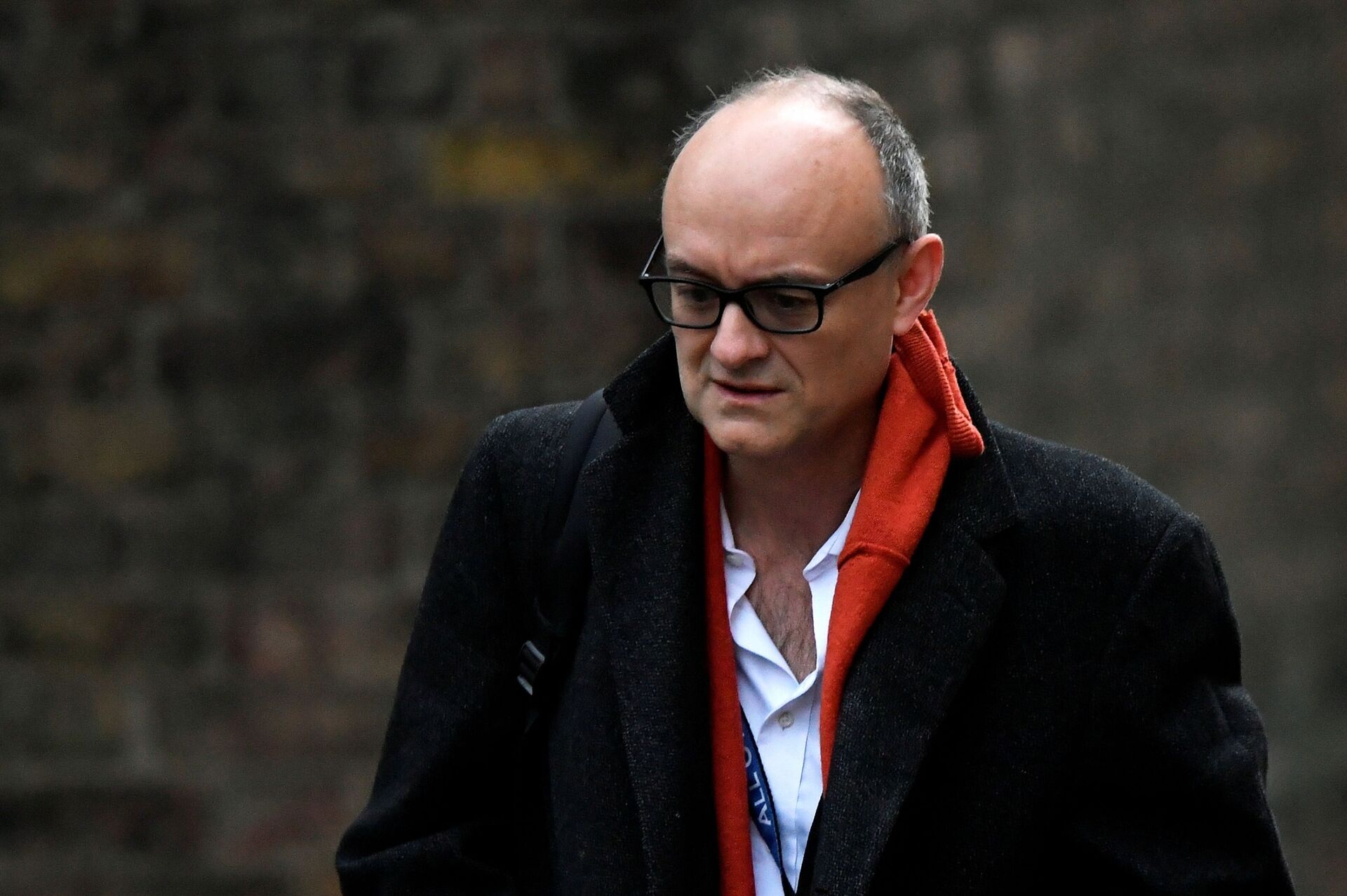 Cummings will also purportedly say the UK prime minister claimed last year that "COVID is only killing 80-year-olds" as Johnson tried to reject arguments for imposing a September coronavirus lockdown, according to media reports.

In addition, the former adviser will reportedly elaborate on his allegations that Johnson said he would rather "let the bodies pile high in their thousands" than introduce another lockdown, something the prime minister denies.

Wednesday's planned testimony follows a lengthy series of tweets by Cummings, in which he argued that "the catastrophic" levels of coronavirus cases and deaths that Britain faced during the pandemic could have been avoided if "competent" people had been at the helm.

Cummings tweeted that the March 2020 lockdown was necessary only because of "awful decisions" and that British Health Secretary Matt Hancock lied when he said the government wasn't trying to achieve herd immunity.

The ex-aide also alleged that the plan to achieve collective herd immunity was "literally the official plan in all docs/graphs/meetings until it was ditched".

In a separate Twitter thread last week, Cummings blasted London's measures against the coronavirus pandemic for "putting the wrong people in wrong jobs with destructive incentives".

He additionally claimed that borders would have been opened far earlier if the government had not hesitated to halt travel from countries with a high COVID-19 surge, such as Spain. The former Downing Street insider also pledged to expose more documents regarding how Johnson has dealt with a crisis in the healthcare system.

Boris Johnson Reportedly Tells Cummings 'Chatty Rat' Leak Allegations Against Him Are 'Bullsh*t'
Sources earlier claimed London was fearful that Cummings may also reveal details about the prime minister's life with his fiancée Carrie Symonds during the 26 May testimony.

Previous media reports argued that Johnson was secretly trying to set up a charity that would cover the costs of the refurbishment of his official residence, supervised by Symonds. According to the reports, the prime minister was particularly alarmed by the cost of the "gold wall coverings" chosen by his fiancée.