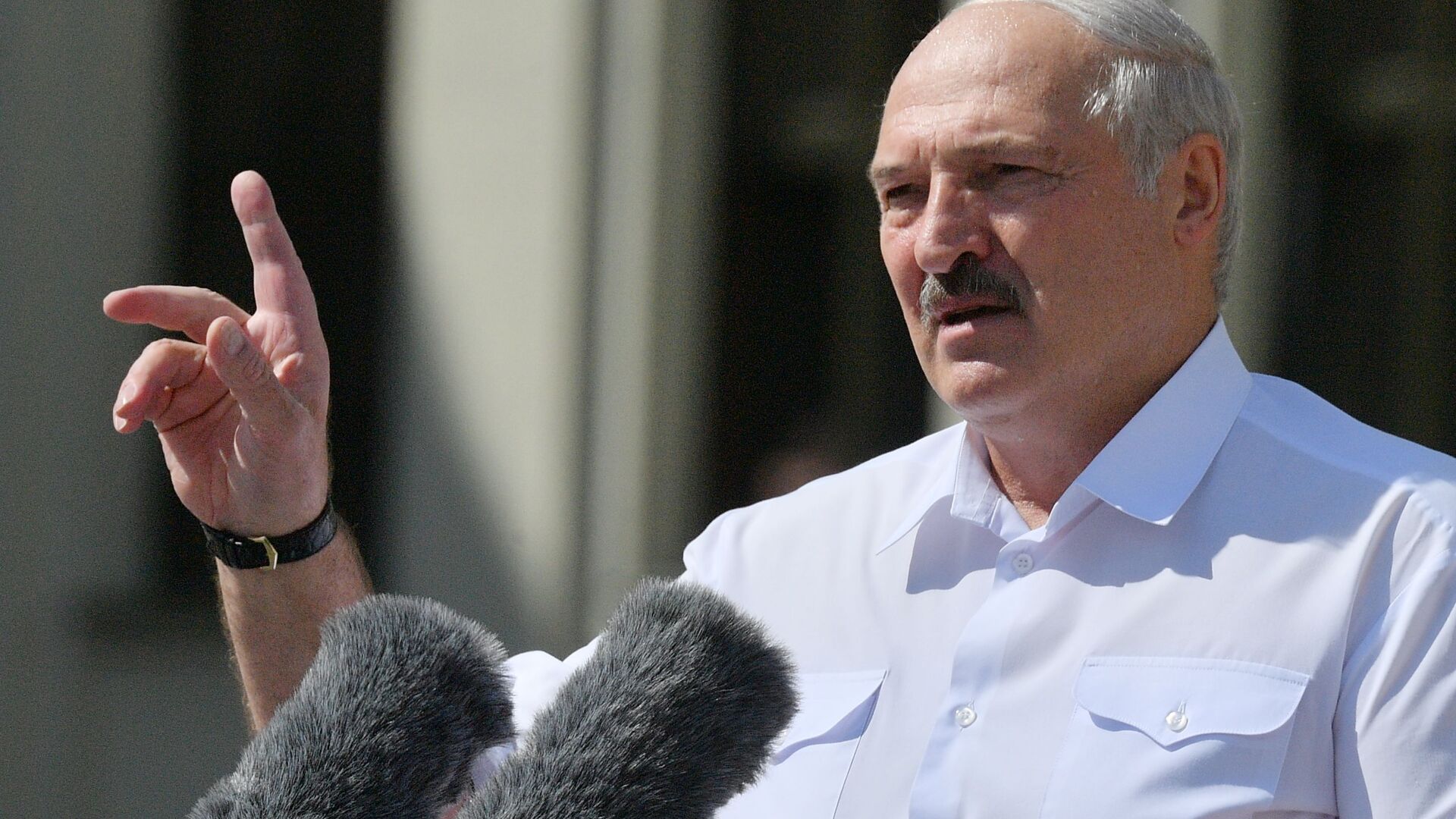 MINSK (Sputnik) - Those who wish Belarus ill, both outside and inside the country, have gone from organising riots to "strangling" the nation, Belarusian President Alexander Lukashenko said on Wednesday.

"The ill-wishers of Belarus have proceeded from organising riots to the strangling stage", Lukashenko told Belarusian lawmakers, the Constitutional Commission, and state administrative bodies, as quoted by the state-run news agency Belta.

Belarus' Lukashenko Orders Power to Be Transfered to Security Council in Event of His Death
According to Lukashenko, those who wish the country ill, both outside and inside Belarus "have changed their methods of attacks against the state".

"They've crossed many red lines, they crossed the boundaries of common sense and human morality", the president concluded.

"I acted legitimately, I was protecting people, I acted in line with all the international rules. The plane was reversed close to the Belarusian Nuclear Power Plant. What if the NPP safety systems were put on full alert?", Lukashenko went on to say.

The message about the threat of an explosion aboard the Ryanair plane, which was forced to make an emergency landing in Minsk, came from Switzerland, Belarus' TV News Agency reported.

On 24 May, the director of the Belarusian Transport Ministry's aviation department said the bomb threat came from Hamas.

However, Hamas spokesman Fawzi Barhoum on Monday denied the group's involvement in the Ryanair incident, saying the organisation does not resort to such methods.

Biden: Sanctions Against Belarus 'in Play' as US Weighs Response to Ryanair Incident
On 23 May, a Ryanair plane flying from Athens to Vilnius was forced into an emergency landing in Minsk following a bomb threat, which later turned out to be false. Opposition blogger Roman Protasevich, who was among the passengers, was detained during the stopover in the Belarusian capital. The founder of the Telegram channel "Nexta", which is considered extremist by the Belarusian authorities, now faces up to 15 years in prison.

The incident with the Ryanair flight has triggered a wave of criticism from European leaders, who accused the Belarusian authorities of meddling with the European Union's civil aviation and threatened to close Belarusian airspace for international flights. Yet, this is not the first time a plane has been grounded at the request of a third country's authorities. In 2013, the plane of Bolivia's then-President Evo Morales was directed by Austria to make an emergency landing at the behest of the United States, during the hunt for the former National Security Agency contractor Edward Snowden. The whistleblower was not on board.