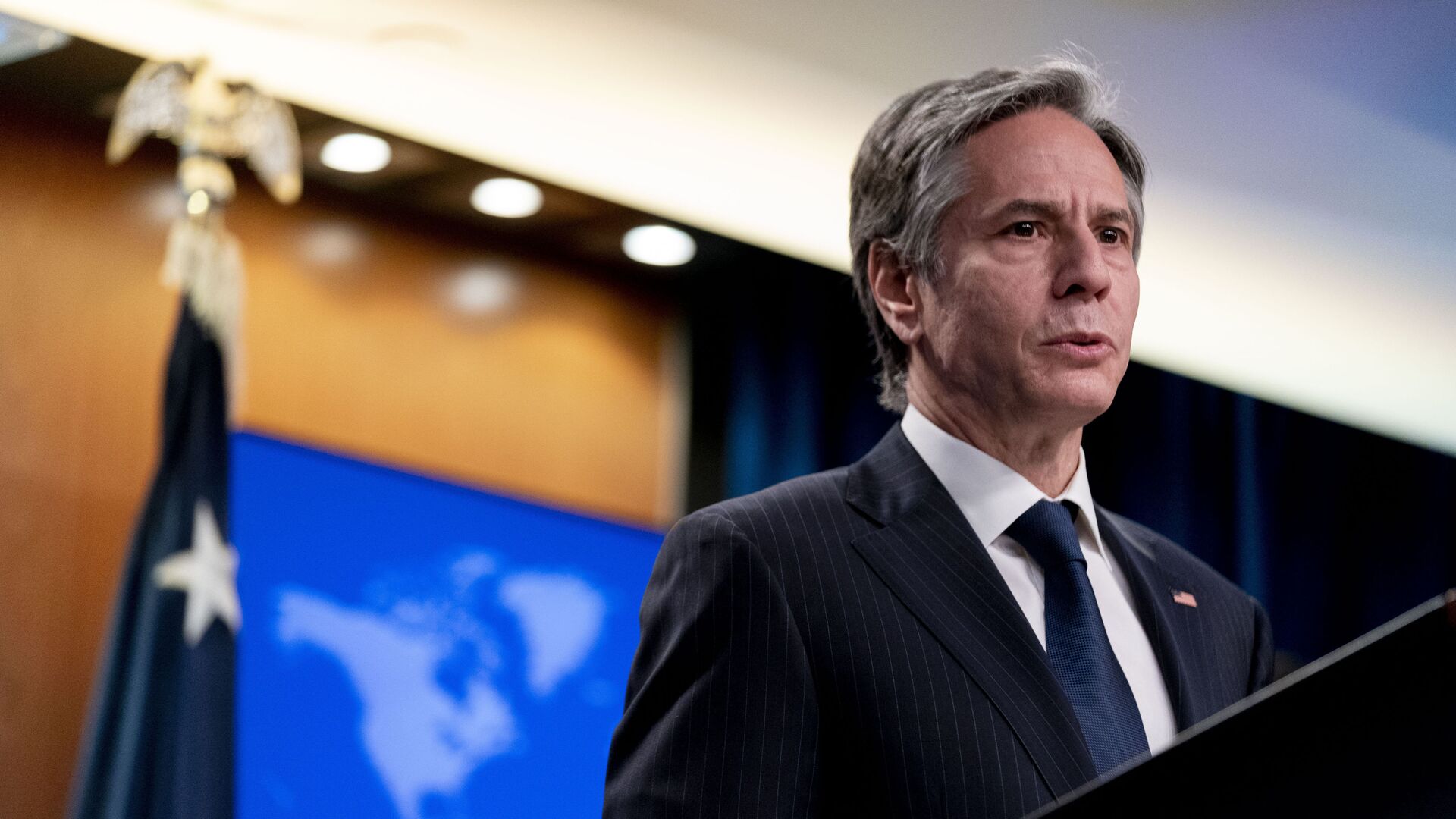 US State Secretary Antony Blinken said at a press conference with Israeli Prime Minister Benjamin Netanyahu that he came to the region to "try to reduce tensions" amid recent escalation at the Gaza border.

243 people in the Gaza Strip were killed, as well as 12 people in Israel as thousands of rockets were fired at Israel by Hamas and the IDF launched deadly airstrikes on the Strip before the ceasefire was struck.

The State Secretary said that Washington supports Israel's right to defend itself against rockets from Gaza.

"The United States fully supports Israel's right to defend itself against attacks, such as the thousand rockets fired by [Gaza Strip-controlling movement] Hamas indiscriminately against Israeli civilians," Blinken said.

"We had a detailed discussion about Israel security needs, including replenishing Iron Dome [air defense system]. We will continue to strengthen all aspects of our longstanding partnership," the US diplomat added.

Blinken also said that the United States will seek international support for the reconstruction of Gaza and will make its own contribution.

"We know that to prevent a return of violence we have to use the space created to address a larger set of underlying issues and challenges. And that begins with tackling the humanitarian situation in Gaza and starting to rebuild. The United States will work to rally international support around that effort, also making our own significant contributions," Blinken said at a joint press conference with Israeli Prime Minister Benjamin Netanyahu.

Blinken previously stated that the US administration would rely on “trusted, independent parties that can help do the reconstruction and the development, not some quasi-government authority” to rebuilding efforts in Gaza could be fulfilled without funding Hamas.

“If Hamas breaks the calm and attacks Israel, our response will be very powerful,” Netanyahu said during the joint press conference.

The Israeli Prime Minister also added that he discussed ways to improve the humanitarian situation in the Gaza Strip with Blinken.

Blinken’s Middle East tour, undertaken at the request of President Joe Biden, is set to last from 24-27 May and will take the US Secretary of State to Jerusalem, Ramallah, Cairo, and Amman.

The tour comes amid the largest confrontation in recent years at the Gaza border, which has lasted 11 days, before an Egypt-brokered ceasefire was struck on Thursday night.

000000
Popular comments
Self-defence is not when an opponent gives you a black eye and you go and wipe out his entire family as just happened in Israel/Gaza especially when the "defender" started the fight in the first place(Palestinian evictions).

kernel.panic999
25 May, 12:38 GMT13
000000
This war was created only for and by dictator Netanyahu to stay in power but blood of killed children crying to God will not be left unanswered. .