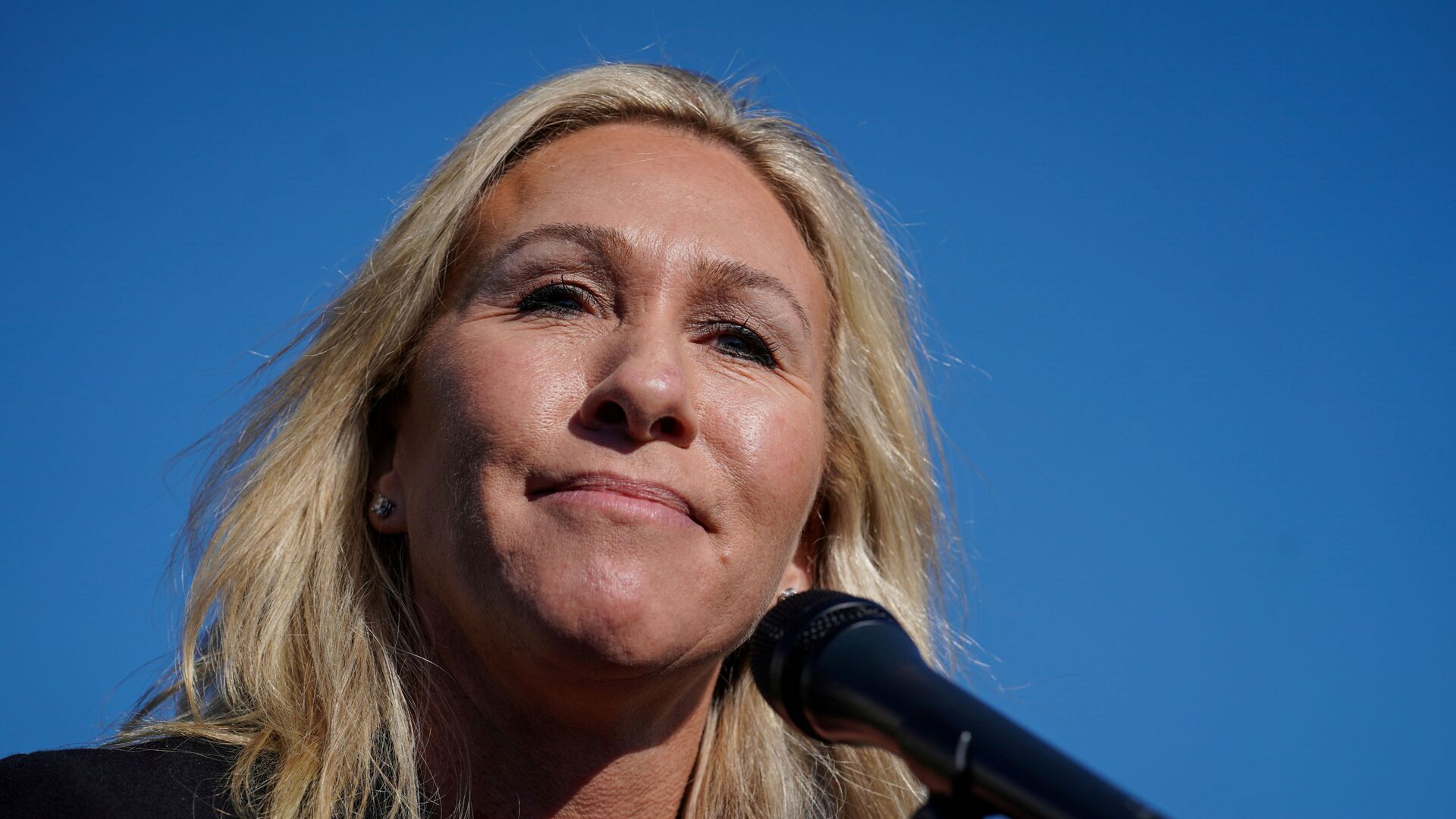 © REUTERS / Sarah Silbiger
Subscribe
International
India
Africa
Evan Craighead
All materialsWrite to the author
Last week, Rep. Marjorie Taylor Greene (R-GA) spoke out against House Speaker Nancy Pelosi (D-CA), claiming she was being subjected to "abuse" by having to confirm her COVID-19 vaccination status. Greene also compared the move to "a time in history where people were told to wear a gold star," and were "treated like second-class citizens."

House Minority Leader Kevin McCarthy (R-CA) issued a statement on Tuesday condemning Greene's continual comparisons of the Holocaust to facemask rules in the US House of Representatives.

"Marjorie is wrong, and her intentional decision to compare the horrors of the Holocaust with wearing masks is appalling. The Holocaust is the greatest atrocity committed in history. The fact that this needs to be stated today is deeply troubling," the Minority Leader wrote.

McCarthy then shifted his focus to Pelosi, arguing that "anti-Semitism is on the rise in the Democrat Party," but is being ignored by the House Speaker.

"Let me be clear: the House Republican Conference condemns this language," he concluded, referring to Greene.

"Equating mask wearing and vaccines to the Holocaust belittles the most significant human atrocities ever committed," Stefanik tweeted Tuesday morning. "We must all work together to educate our fellow Americans on the unthinkable horrors of the Holocaust

Additionally, the office of Minority Whip Steve Scalise (R-LA) came out in oppositon, with spokesperson Lauren Fine stating Scalise "does not agree with these comments and condemns these comparisons to the Holocaust."

House GOP leadership's condemnation of Greene's comments comes five days after the US representative from Georgia first began invoking the Holocaust in relation to the US House of Representatives.

"You know, we can look back in a time in history where people were told to wear a gold star and they were definitely treated like second-class citizens, so much so that they were put in trains and taken to gas chambers in Nazi Germany," Greene told David Brody, host of "The Water Cooler." "And this is exactly the type of abuse that Nancy Pelosi is talking about."

Greene has argued on Twitter that she "never compared" the two situations, and is the victim of "left-wing media attacks."

"I never compared it to the Holocaust, only the discrimination against Jews in early Nazi years," she claimed.