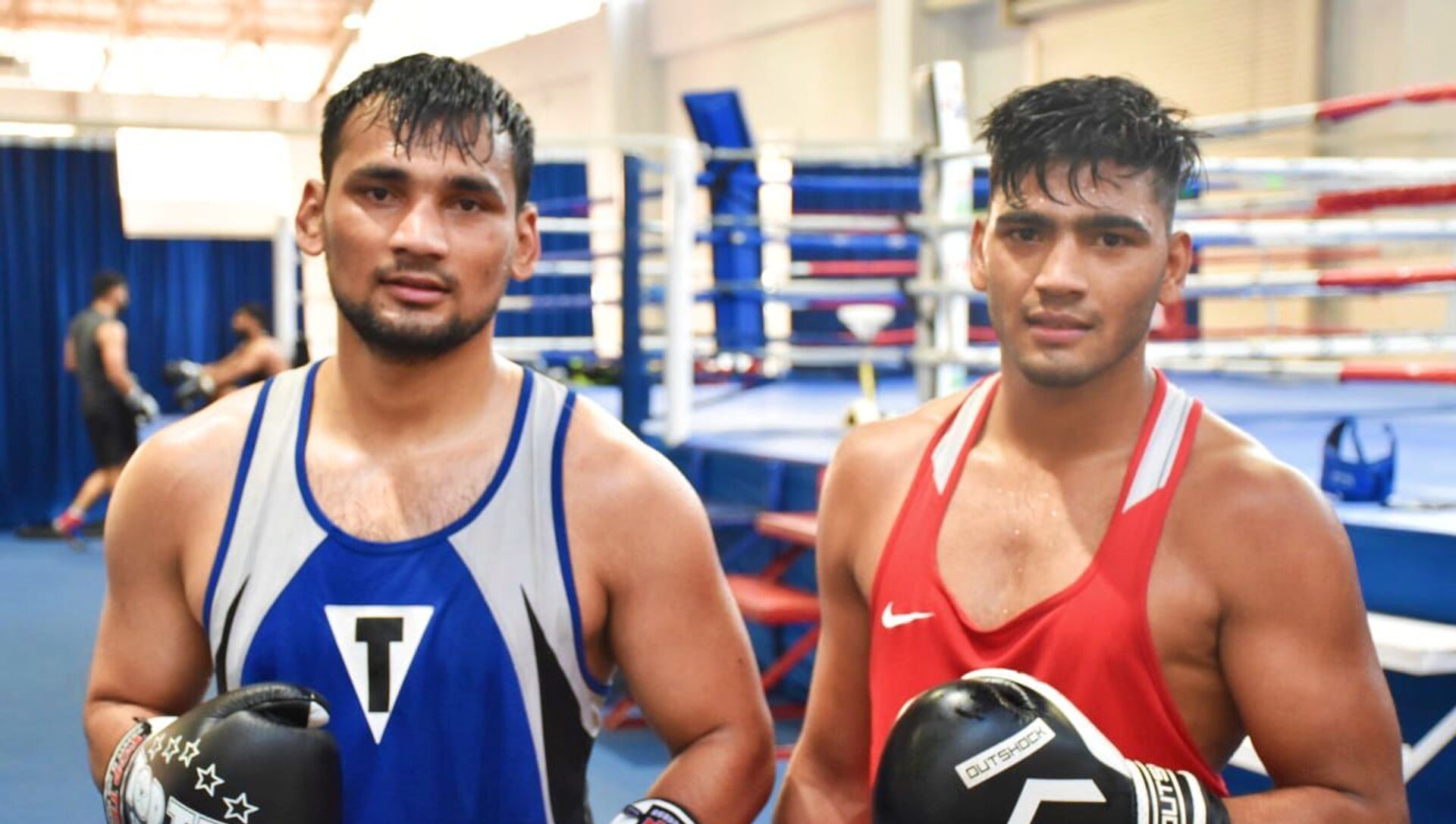 Pawan Atri
All materials
Despite the ongoing COVID-19 pandemic, and the public outcry it has provoked, International Olympic Committee vice-president John Coates has said that the Tokyo Olympics will be held this year from 23 July to 8 August. The Games, which have been postponed from last summer, will comprise more than 11,000 athletes from 200 countries.

India has been devastated by a second wave of coronavirus which has meant that almost all of the country's sporting fixtures have been either cancelled or taken place elsewhere. At the start of the month, the Board of Control for Cricket in India (BCCI) was forced to cancel the Indian Premier League (IPL) after six players - including the national side's wicketkeeper, Wriddhiman Saha, and stars of the Kolkata Knight Riders (KKR), Varun Chakravarthy and Sandeep Warrier - tested positive for the virus.

However, despite the prevailing COVID-19 situation, India's boxers have carried on in a thoroughly professional manner, training at the National Institute of Sports (NIS) in Patiala in the state of Punjab, before they head off to the Asian Championships in Dubai from 24 May and the Tokyo Olympics from the end of July.

Indian boxer Ankit Khatana, who has been training at the institute, told Sputnik exactly how the boxers are training. He said that every day each boxer's temperature is checked and once a week everyone undergoes a COVID-19 RT-PCR test. Boxers are forbidden to enter the ring together and the athletes can only practise - including running and strength exercises - alone, according to the Standard Operating Procedure.

Khatana said that everyone has taken these small changes in their stride and the boxers are happy to be able to train despite some restrictions.

Khatana, who has seen at close quarters the training undertaken by World No 1, Amit Panghal, and fellow Olympic hopefuls, Vikas Krishan and Ashish Kumar, says that all three men have shown immense dedication and discipline while training at the camp. "Amit, Vikas and Ashish arrive for training at 6am and after a lot of punch-bag exercises, they do strength training before returning to their rooms at 9am. This is also their routine for the evening."

He added: "Whenever Panghal or Krishan have felt mentally tired, Nieva has given them a pep talk, encouraging them to put in more effort in the ring."

Khatana believes that India has a sure chance of winning at least five or six  gold medals at the Asian Boxing Championships in Dubai. Apart from Panghal, and MC Mary Kom, Khatana has tipped Krishan, Kumar and Simranjit Kaur to win gold in their respective category.

"Going by his form and what I have seen of him in Patiala, Panghal will not just be the overwhelming favourite to win gold at the Asian Championships, he will be frontrunner to clinch gold in his category at the Tokyo Olympics as well. Mary Kom as usual will be the woman to watch out for in Dubai and should win a medal at the Olympics. Even Ashish Kumar, Vikas Krishan and Simranjit Kaur should clinch gold in Dubai", Khatana revealed to Sputnik in an exclusive chat.

He continued: "India has its best chance for its biggest medal haul at the Olympics as all the boxers have been working really hard to increase their stamina and endurance. All of them are fitter than ever and their punching techniques have improved a lot because of the tips provided by Nieva."

The Asian Boxing Championships were scheduled to be held in Delhi earlier, but were moved to Dubai because of the prevailing coronavirus situation in the country.

India will be represented by 19 boxers in the tournament, which will not feature boxers from Asian powerhouses, Japan, Korea and China. However, Manish Kaushik (63kg) and Satish Kumar (+91kg) will not be competing in Dubai as they have yet to recover from coronavirus.