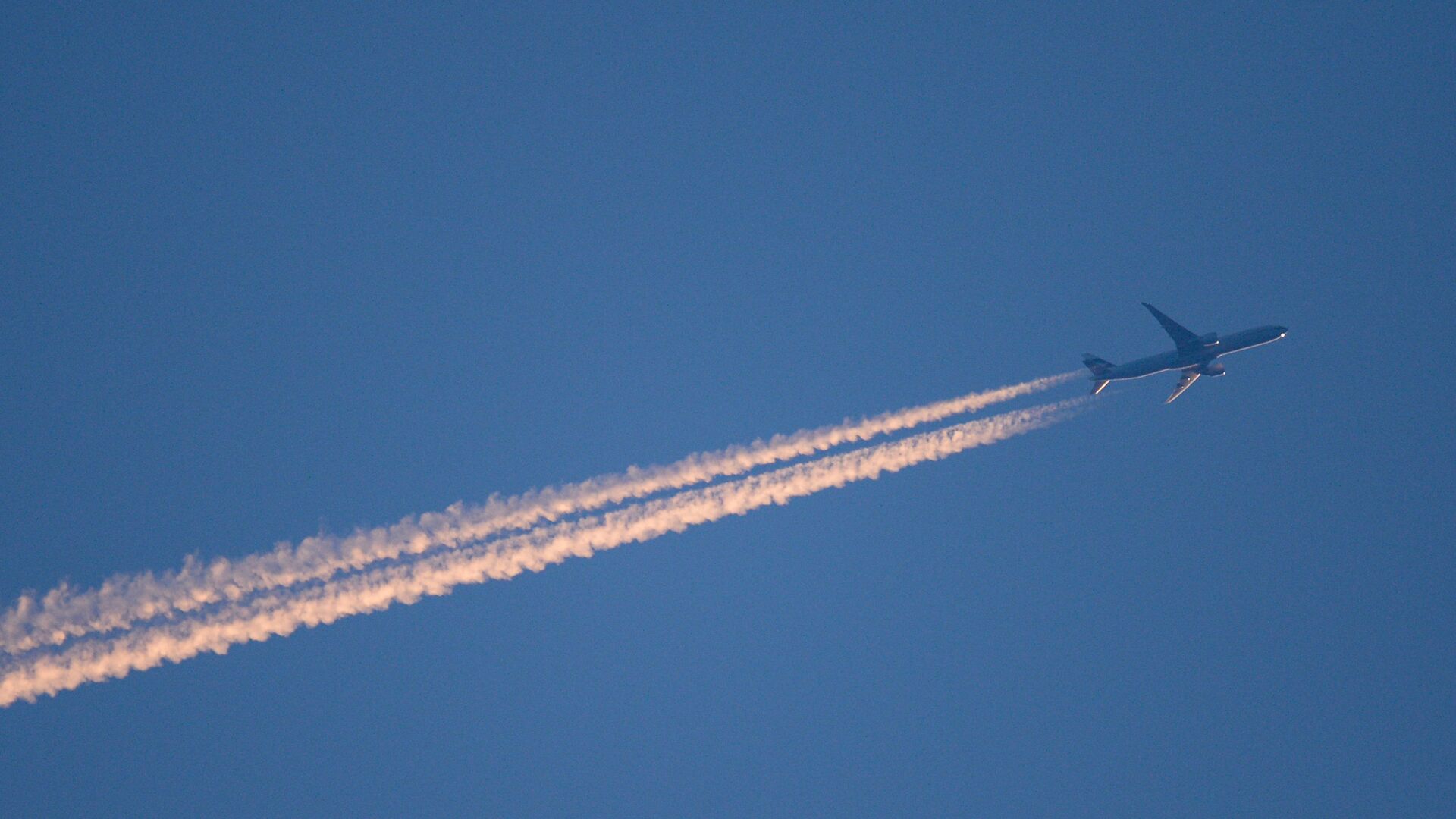 Finian Cunningham
All materials
The blogger Roman Protasevich snatched out of the air by Belarus authorities seems to have heavy-hitting Western friends. The US president and European leaders have condemned his arrest and are demanding his release.

Ursula von der Leyen, the European Commission president, has denounced Belarus for ordering the landing of an airliner in Minsk and taking Protasevich into custody.

“We will put pressure on the regime until it finally respects the freedom of media, the freedom of the press, and the freedom of opinion,” declared Von der Leyen as the European Union imposed a new round of sanctions on Belarus.

US President Joe Biden said the incident was “a direct affront to international norms”. His Secretary of State Antony Blinken said it was a “shocking” violation of aviation rules and the rights of journalists.

Aside from the hypocrisy here (recall the US ordered several EU countries to force the landing of Bolivian President Evo Morales’ plane in 2013), there are other nuances.

Protasevich may be a blogger and journalist in name. But he was wanted by the Belarus government for allegedly inciting sedition through a media channel he set up from exile in Poland. Requests from Belarus for his extradition were ignored. It is arguable therefore that the Belarus authorities had legal right to ground the plane he was aboard as it transited the nation’s sovereign airspace en route from Greece to Lithuania at the weekend.

The 26-year-old Protasevich has had a checkered and dubiously awarded career. As a graduate student of journalism in Belarus, he was made a Vaclav Havel Fellow in 2017-18, awarded by the US government-funded propaganda service, Radio Free Europe. RFE has a long history of being a CIA front which goes back to the Cold War against the Soviet Union.

He went into exile in 2019 working from Poland on creating opposition media campaigns against the Belarus government. Then in 2020, Protasevich was awarded the European Parliament’s Sakharov Prize for Freedom of Thought.

It seems plausible that the young Belarusian activist, like several others among his peers, was groomed to perform as a conduit for foreign powers to interfere in and destabilize Belarus. Long-time President Alexander Lukashenko is a target for Western regime change owing to his country’s close relations with neighboring Russia.

When Lukashenko won re-election in August 2020, the West decried a rigged ballot, and street protests kicked in. The Western-supported opposition media channels run by Protasevich and other exiled Belarusians were instrumental in fomenting the anti-government demonstrations. 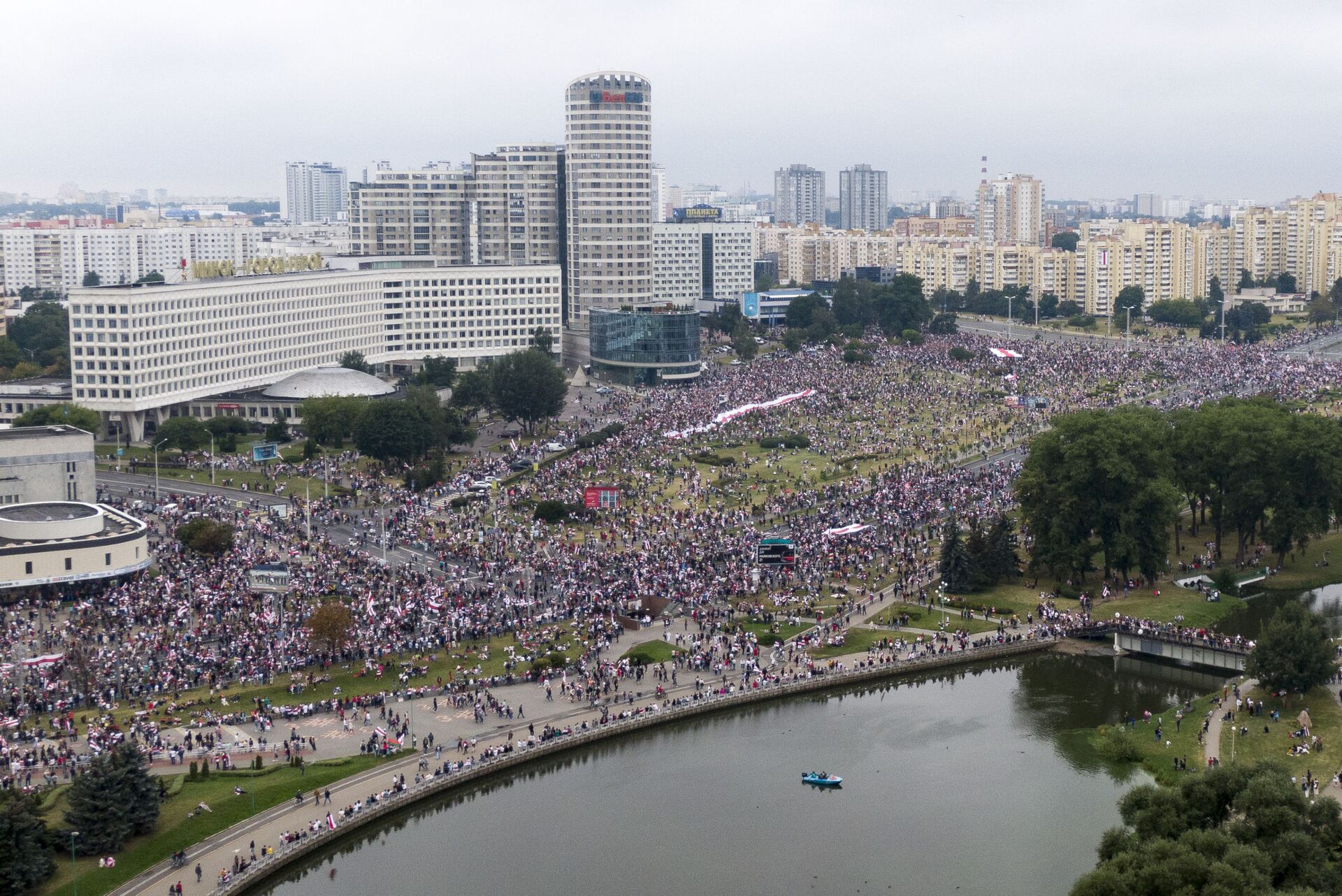 Belarusian opposition supporters rally in the center of Minsk, Belarus, Sunday, Aug. 23, 2020. A vast demonstration with many thousands of protesters demanding the resignation of Belarus' authoritarian president are rallying in the capital, continuing the public dissent since the disputed presidential election.
© AP Photo

Lukashenko’s government has been accused of using heavy-handed repression and mass arrests.

However, Belarus seems to have legitimate concerns that it was being targeted for a color-style revolution. That is, for illegal regime change by Western powers.

There are also more sinister aspects to Protasevich’s busy career. According to Ukrainian and Russian media reports, he was seconded on communications work in Ukraine’s civil war where he was befriended by far-right leaders of the Maidan movement, the CIA-backed group which carried out the coup d’état in Kiev in 2014. Protasevich reportedly did communications for the Azov Battalion, the notorious Neo-Nazi militant group which has terrorized the ethnic Russian population in the Donbas region of Eastern Ukraine.

It is not clear at this stage if Belarus violated international aviation rules when it ordered the airliner to make a detour landing in Minsk whereupon Protasevich was apprehended. The so-called Chicago Convention affords countries sovereignty over their national airspaces.

In any case, American and European states have set huge precedents for such an irregular intervention from their past “hijacking” of the Bolivian president’s private jet, as well as from countless cases of “extraordinary rendition” flights by the Americans with European complicity in secret transport of “terror suspects”.

But what seems clear is that the case of Protasevich is not simply that of an innocent opposition journalist, as the West is sanctimoniously making out. He and his alumni of Radio Free Europe have a case to answer over allegations of working for foreign powers to destabilize their native country.