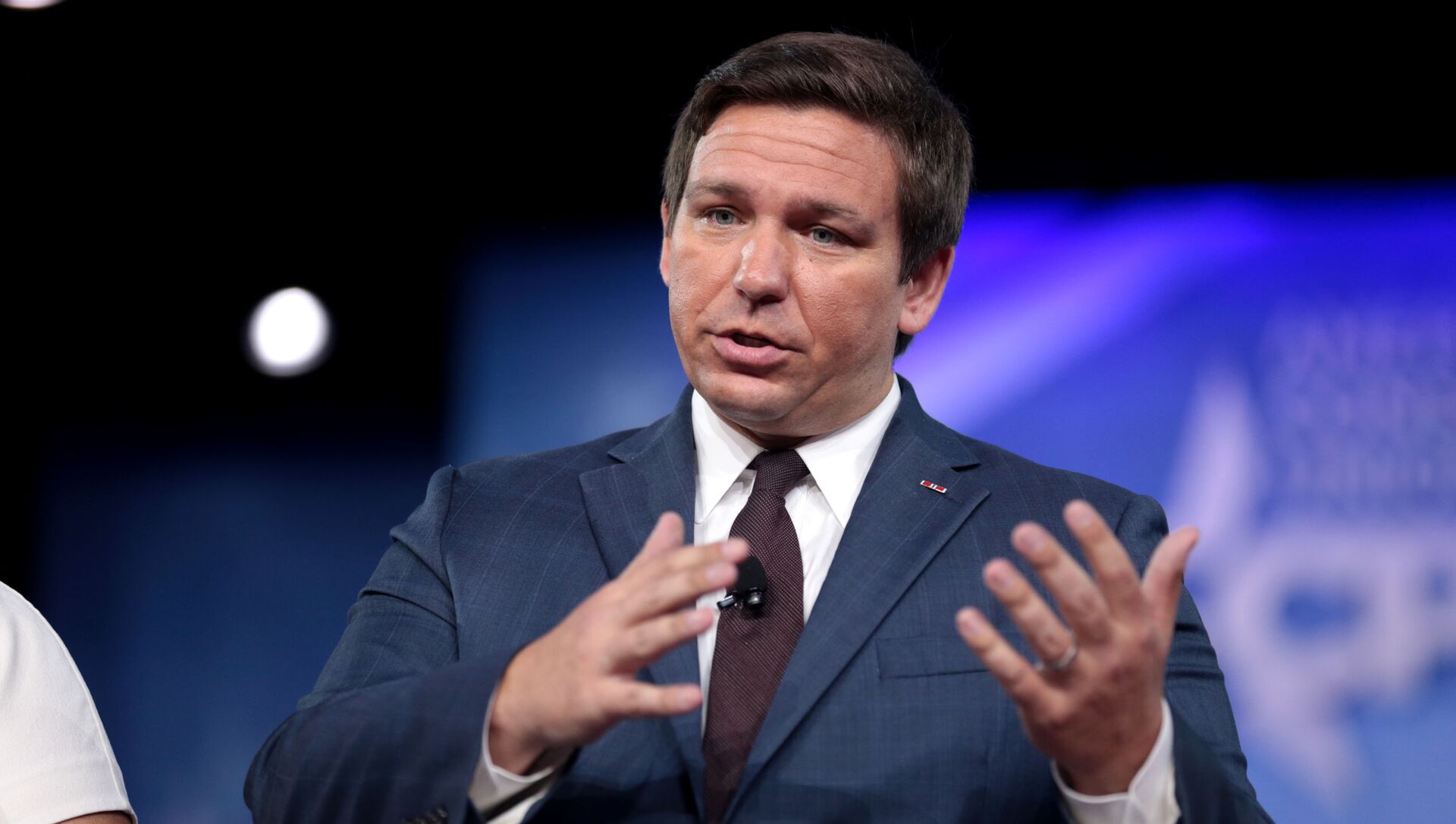 Svetlana Ekimenko
All materialsWrite to the author
Florida Gov. Ron DeSantis slammed Google for censorship earlier in April after a video featuring him and public health experts was a removed for “medical misinformation”, with his spokesperson decrying the move as a “blatant example of Big Tech attempting to silence those who disagree with their woke corporate agenda."

Florida Gov. Ron DeSantis on Monday signed what he had termed ‘The Big Tech Bill’, seeking to protect state residents from de-platforming and censorship.

Slamming Silicon Valley’s "power grab on speech, thought and content," DeSantis touted the measure as aiming to “level the playing field between celebrity and citizen on social media”.

The law, which also vows to fine social media platforms $250,000 a day for deplatforming a statewide candidate for elected office, shall require companies to become more transparent about how they draw conclusions regarding content moderation.

From now on, they shall be obliged to adhere consistently to those standards, said DeSantis at a press conference on Monday, where he also emphasized there was a problem when “Big Tech deplatformed the President of the United States”.

Florida’s Big Tech Bill is for everyday Floridians. We know there’s a problem when BIG TECH DEPLATFORMS THE PRESIDENT OF THE UNITED STATES but they let AYATOLLAH KHAMENEI TALK ABOUT KILLING JEWS — THAT’S WRONG!

The former US president, Donald Trump, saw his Twitter account banned after being accused of inciting the  6 January Capitol building attack. Despite denying the accusations, his 88 million-follower account has been permanently suspended from the platform.

Residents will be able to fight back against big tech companies over content moderation practices, suing them for up to $100,000 in damages for every proven claim.

Florida’s Big Tech Bill gives every Floridian the power to fight back against deplatforming and allows any person to sue Big Tech companies for up to $100,000 in damages. Today, we level the playing field between celebrity and citizen on social media. https://t.co/SOW6DZZT2K

Legal action can now be brought by the Florida Attorney General against tech companies that violate the law.

"This session, we took action to ensure that ‘We the People’ - real Floridians across the Sunshine State - are guaranteed protection against the Silicon Valley elites," DeSantis said in a statement.

"If Big Tech censors enforce rules inconsistently, to discriminate in favor of the dominant Silicon Valley ideology, they will now be held accountable," added the governor.

Florida is the first state to hold Big Tech accountable by requiring social media platforms to publish detailed standards and to apply them fairly. Social media companies will no longer be able to hide behind vague language as to why they censored a Floridian’s post. pic.twitter.com/lt3uPK1EsI

According to DeSantis, Florida would be the first state to implement such a law.

DeSantis has been a vocal critic of what he perceives as censorship wielded by the largest technology companies. Platforms like YouTube have been denounced by him as trying to deliberately remove everything that goes against their "narrative."

"I think what we’re really witnessing is Orwellian. It’s a big tech, corporate-media collusion and the end result is that the narrative is always right," DeSantis said.

In April, the Republican governor hosted a roundtable with public health experts, a video of which was removed from YouTube for purportedly “medical misinformation”.

An intellectual discussion between world-renowned doctors and epidemiologists was removed by YouTube in another blatant attempt by Big Tech to silence those who disagree with their preferred political narratives. pic.twitter.com/ODjysjwQ4t

The footage had contained comments that children do not need to wear face masks in school, which the company said contradicted ecommendations issued by the Centers for Disease Control and Prevention.

"I think what we’re really witnessing is Orwellian. It’s a big tech, corporate-media collusion and the end result is that the narrative is always right," said DeSantis.

The politician underscored that Google and YouTube “routinely host conspiracy theory videos ranging from the cause of the 9-11 attacks to the role that 5G networks play in causing COVID-19."

"You can pretty much find any misinformation under the sun on Google-YouTube," he said.