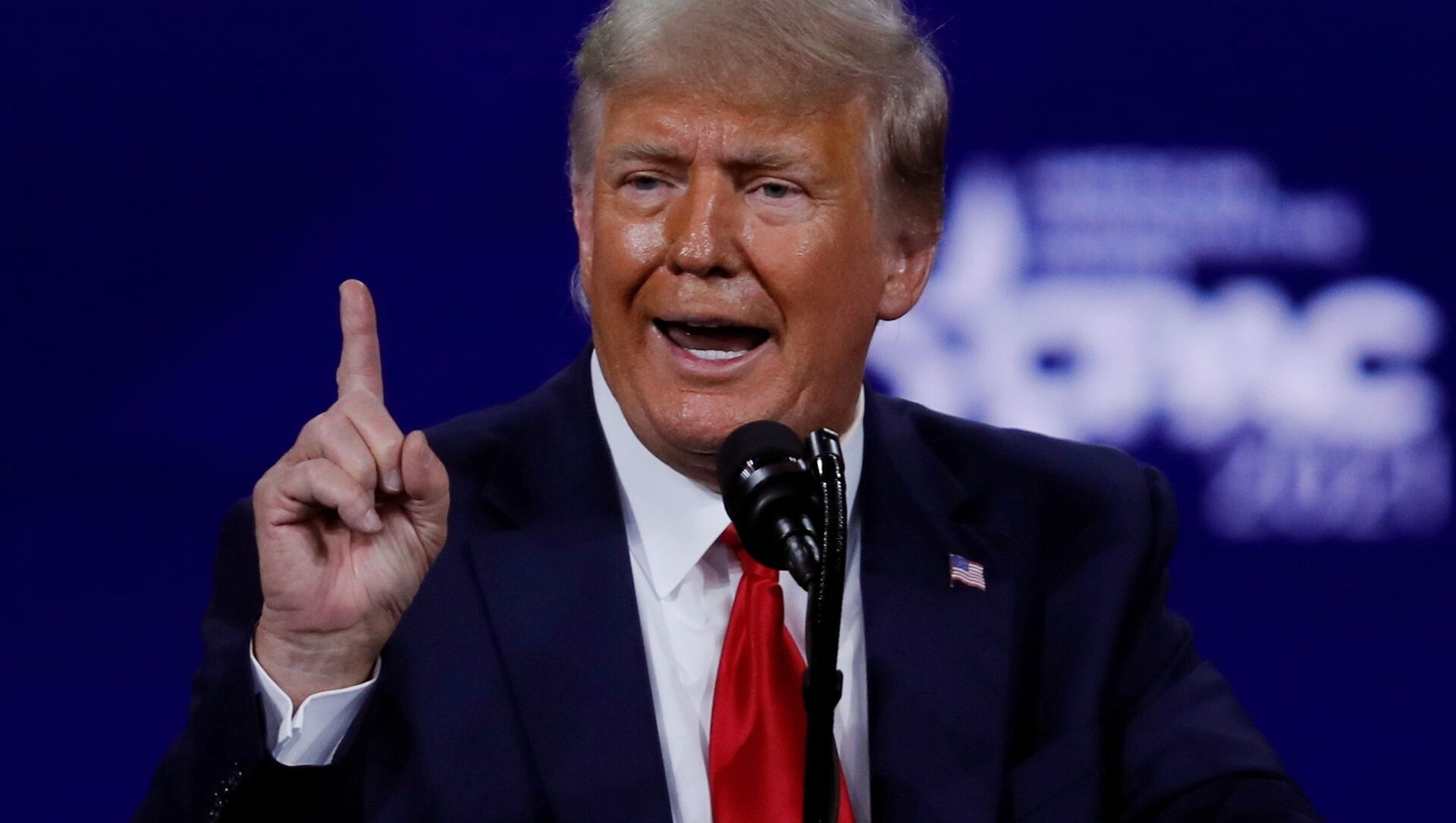 Arty Katkov
All materialsWrite to the author
The Pentagon revealed the existence of an Unidentified Aerial Phenomena Task Force in 2020; the programme is tasked with gathering all info the military has on UFO sightings which cannot be rationally explained.

Former US President Donald Trump said that he is a “believer in what you see” when he was asked about the existence of UFO amid the upcoming Pentagon report on the phenomena during Dan Bongino’s new radio show.

“I’m a believer in what you see, but there are a lot of people out there who are into that. I get that so much: ‘is it true, sir?’” Trump told the host.

His comments come as the Pentagon is scheduled to release a report on UFO to Congress in June. The report is compiled by the Unidentified Aerial Phenomena Task Force.

“I’m not such a believer, but some people are, so I don’t want to hurt their dreams or their fears,” the former President said. “It could be fears more than dreams.”

The upcoming Pentagon report is part of a provision in the $2.3 trillion coronavirus relief and appropriations bill that then-President Donald Trump signed last year. The stipulation called for a “detailed analysis of unidentified aerial phenomena data and intelligence” from the Office of Naval Intelligence, the Unidentified Aerial Phenomena Task Force, and the FBI.

The task force was created in mid-2020 after the US military confirmed the authenticity of some UFO sightings videos. The Senate Intelligence Committee with Senator Marco Rubio (R-Fla.), who was an acting head of it then, tasked the Pentagon’s Office of Naval Intelligence with standardising the collection and reporting on unexplained aerial phenomenon.