Biden: Sanctions Against Belarus 'in Play' as US Weighs Response to Ryanair Incident 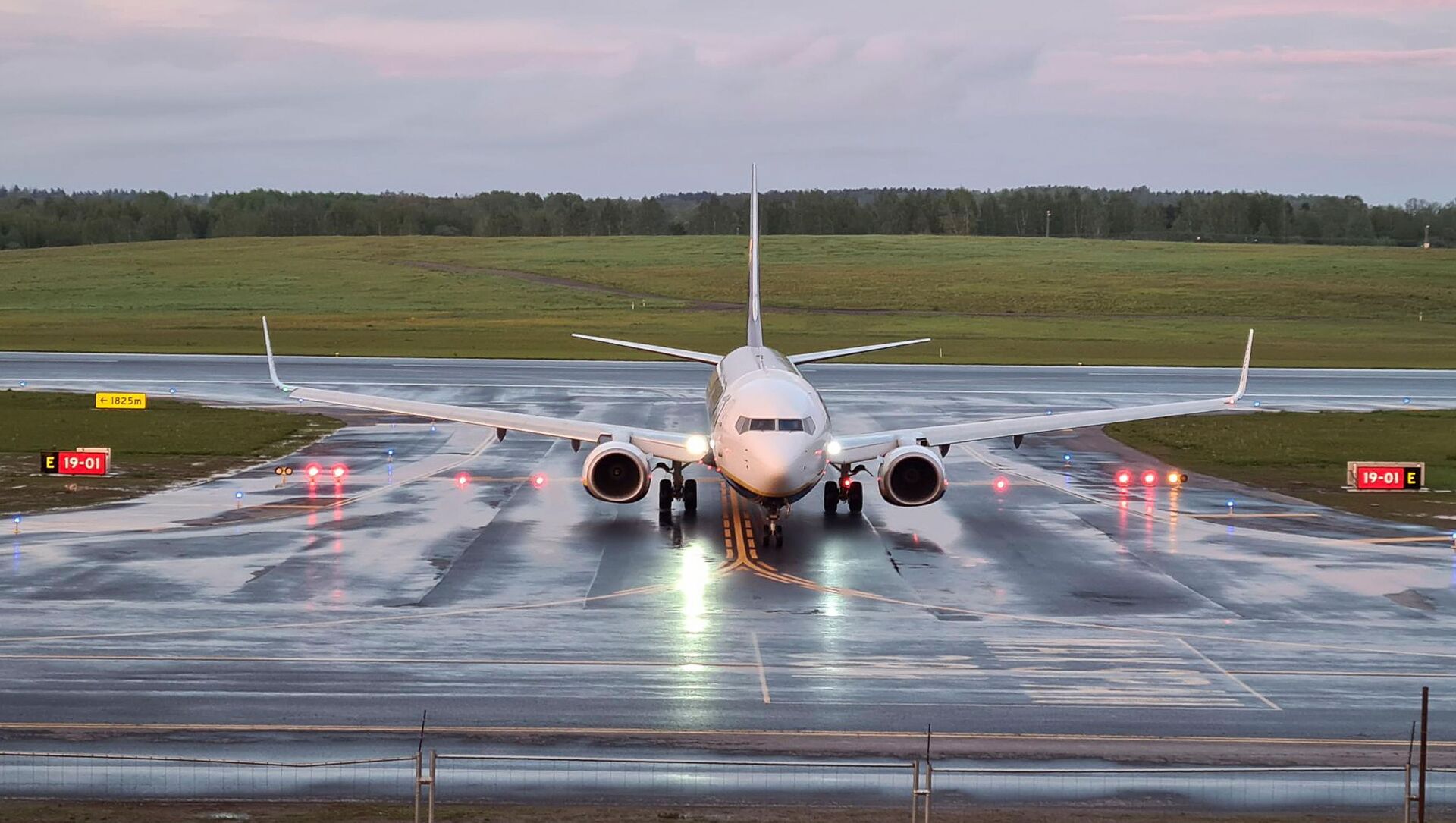 Gaby Arancibia
All materialsWrite to the author
Earlier, US Secretary of State Antony Blinken blasted the forced weekend landing of a Ryanair plane, calling the incident a "shocking act" that was purposely done to detain Belarusian journalist Roman Protasevich after the civilian airliner crossed into the country's airspace.

US President Joe Biden revealed on Tuesday that economic sanctions against Belarus are still a possibility as he weighs how best to respond to the Ryanair incident.

Asked whether sanctions were being considered at the moment, Biden told reporters moments before boarding Marine One that the option is "in play." However, he added that he did not wish to "speculate until we get it done."

White House Press Secretary Jen Psaki remarked during a Monday briefing that the Biden administration has been in contact with European partners over the incident, namely groups such as the European Union, the United Nations and NATO.

Various discussions have reportedly been held to pinpoint next potential steps. "We have nothing to read out at this point, but we will continue to coordinate closely with them," Psaki told reporters at the time.

Incidentally, the Sunday detour showed a striking similarity to the 2013 incident in which the plane of former Bolivian President Evo Morales was forced to make an emergency landing over the belief that it was carrying American whistleblower Edward Snowden. Asked about the similarities, Psaki refused to compare the two events.

Flight tracking software has documented the policy shift, showing various commercial planes steering around the former Soviet state. A number of airlines, including Austrian Airlines, Air France, Finnair and Singapore Airlines have relayed to customers that their scheduled flights will be avoiding Belarus' airspace.

​International outcry emerged over the weekend after the Lithuania-bound Ryanair flight FR4978 was diverted to land in Minsk, Belarus, after reports of a bomb threat had emerged. Although the threat was later deemed false, Belarusian authorities took into custody two individuals - Protasevich and companion Sofia Sapega.

Protasevich is one of the co-founders of the Telegram channel Nexta, which was designated as extremist over allegations that it was used to promote national unrest in the eastern European country after the August 2020 presidential election saw the reelection of Belarusian President Alexander Lukashenko.

Protasevich appeared in a video message shared on the Telegram app on Monday, stating that he was healthy, and that he was cooperating with investigators.

The forced landing has been widely condemned by world leaders, as well as Ryanair CEO Michael O'Leary, who described the incident as a "case of state-sponsored hijacking" during an interview with Irish radio station NewsTalk.