‘What About a Collab?’ Reynolds Ignites K-Pop Fans After Offering to Get Bang Chan a 'Deadpool' Mask 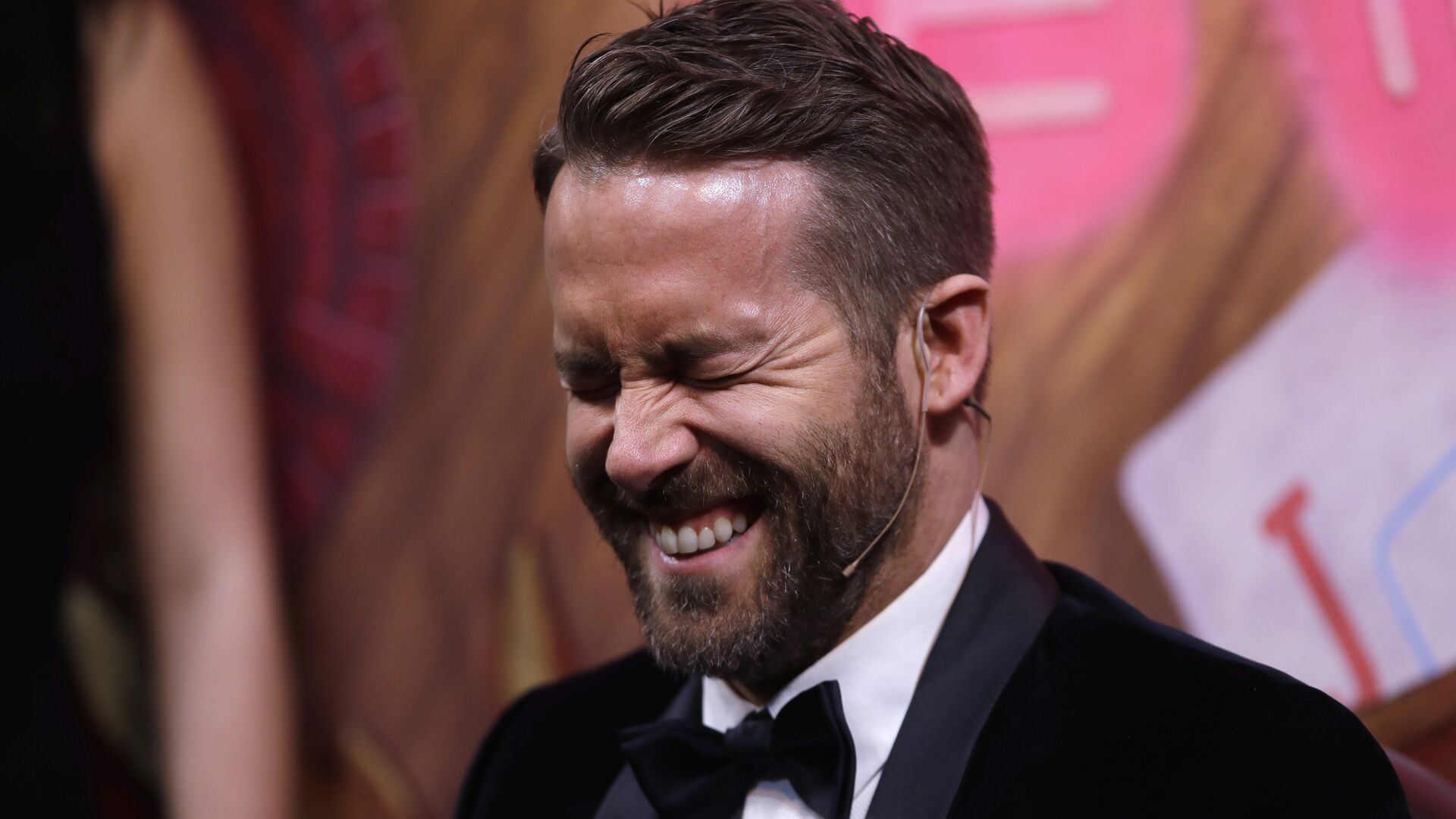 Svetlana Ekimenko
All materialsWrite to the author
Earlier Canadian actor Ryan Reynolds generated an enthusiastic global response among K-Pop fans after taking to Twitter on Sunday to reveal that he had fulfilled a cherished wish by Bang Chan, the lead vocalist and producer of the South Korean boy-band Stray Kids, and was shipping him an autographed bottle of Reynolds’ Aviation Gin.

In a combo guaranteed to ignite social media, the South Korean K-Pop group Stray Kids and Canadian actor Ryan Reynolds, known for his stellar performance as Deadpool, 'the Merc with a Mouth', in the Marvel Cinematic Universe films, have been trending on Twitter again.

After a “Deadpool”-inspired performance in the latest episode of “Kingdom” on Mnet K-POP, where one of the lead singers of the band donned a non-official merchandise replica Deadpool mask, the official account of the movie had tweeted that they were okay with allowing it.

Pretty sure this is not officially licensed merchandise @stray_kids but we’ll allow it! pic.twitter.com/uVnoOEUwAn

​In response, Ryan Reynolds commented on Twitter, “Let’s get him a real mask.”

Let’s get him a real mask.

​K-Pop fans went wild, warmly embracing the idea of their idol Chan possibly even “collaborating” with the famous actor.

It feels like a dream I still can't believe it. Yes Mr Reynolds, let's get a real mask for Channie 🙏🏻. What a right decision he made by choosing you role model. You are so cute 🤭.
Big hug from Deadpool... Oh sorry from Chanpool 💕💕 pic.twitter.com/IYwxkoIATZ

Next time, when the pandemic ended, I hope you can guest in Chan's room

What about a collab? ㅇㅅㅇ

Oh Ryan! Chan would be very happy about that! Thank you so much! ☺️☺️

Ryan, are you ever going to go To South Korea and give him the mask personally? 🤧😫

First you're giving him a mask, next he's producing a song with his others 7 members for deadpool 3 😎

AND GIVE FELIX TOO! pic.twitter.com/nwwtKcWR0Y

​Ryan Reynolds, 44, of ‘Wolverine’ fame, had set the whole thing off over the weekend by simply giving a Twitter shout-out of support after seeing a clip of the group’s Deadpool-inspired performance on Kingdom: Legendary War, via Mnet K-POP.

The outfit had opened up with their hit song "God's Menu" combined with a track by South Korean girl band BLACKPINK's "DDU-DU DDU-DU". For the opening, lead singer had put on a Deadpool mask and re-enacted an iconic scene from the Marvel Comics-inspired superhero film.

​The performance was studded with minor references to the Deadpool epic.

Ryan Reynolds responded by posting a brief "hello" on Twitter, and tagging the band on 20 May.

The reaction from the superhero actor, who turned out to be an idol of lead singer and producer of the band, Bang Chan (birth name Christopher Bang) prompted the 23-year old to reveal in a livestream over the weekend that he was blown away by the acknowledgement.

“I did not expect the one — the almighty one, the one — the Ryan Reynolds to actually see our performance. That was actually crazy. I was really lost for words,” the Australian singer, who was born in Seoul, South Korea, told fans.

Chan also shared with his admirers that he would love to get an autograph from the Hollywood star, also famous for his appearance in various comedies such as The Proposal and Just Friends.

After learning of the broadcast, Ryan Reynolds uploaded a photo with an autographed bottle of gin from Aviation American Gin, a company which he is a co-owner of. He wrote, “First, I have your autograph right here, Bang Chan. Will send to you this week. Second, as a new Stray Kids fan, can I get an autograph?”

First, I have your autograph right here, Bang Chan. Will send to you this week.