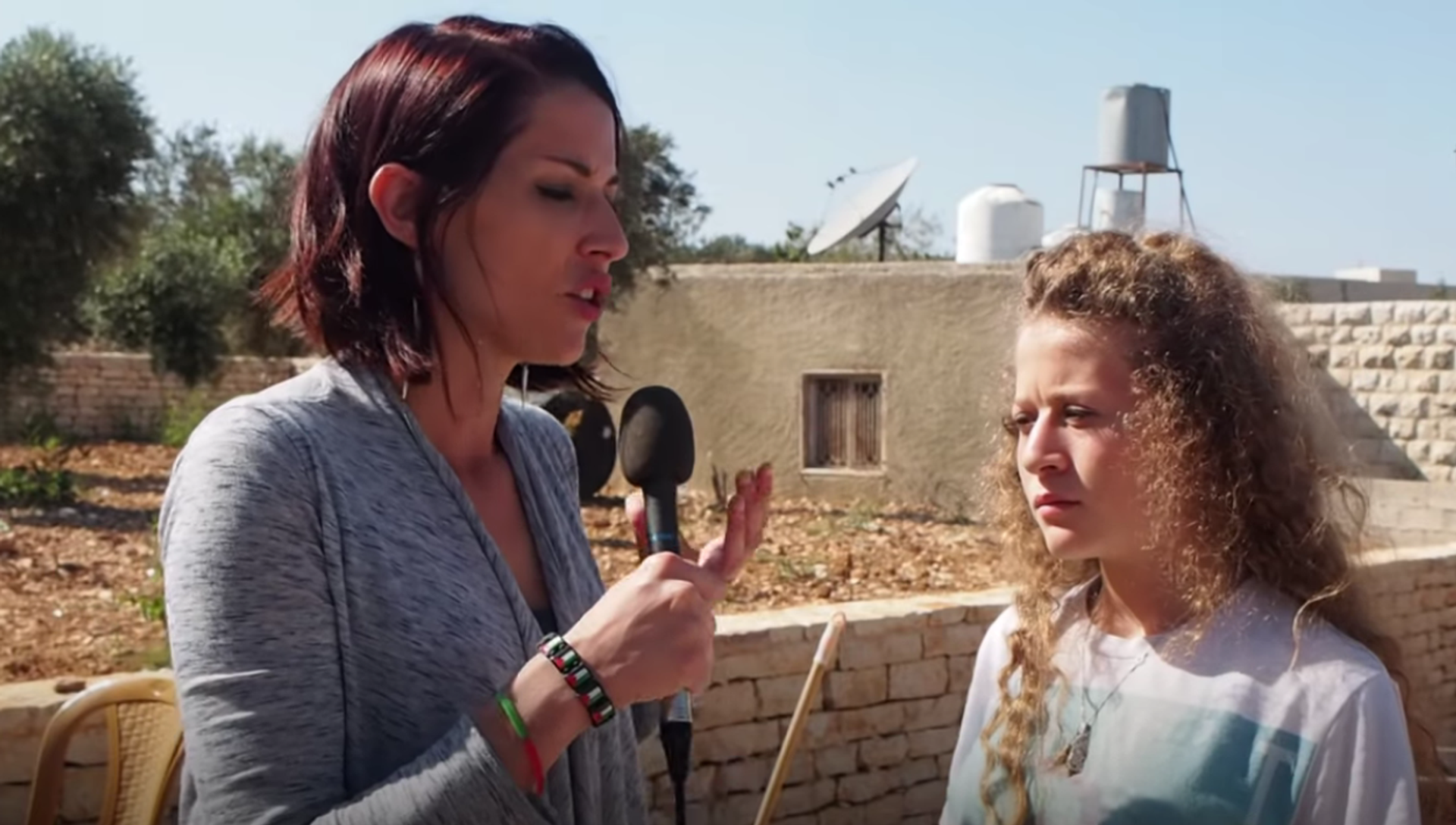 Morgan Artyukhina
All materialsWrite to the author
The Boycott, Divestment and Sanctions (BDS) movement was started by Palestinian activists in 2005 to build international pressure compelling Israel to abide by the human rights obligations under international law, comparing the plight of Palestinians under Israeli rule to Black Africans under South African apartheid.

On Friday, a Georgia federal court struck down a state law banning state contracts with persons or groups engaged in a boycott of Israel. It’s the fourth such ruling by a US federal court in recent years, even as state laws attempting to ban support for the BDS movement continue to proliferate.

The Partnership for Civil Justice Fund (PCJF), a First Amendment legal defense group, announced on Monday victory in their February 2020 case with the Council on American-Islamic Relations (CAIR) against a Georgia law on behalf of independent journalist Abby Martin.

​The suit stems from an International Critical Media Literacy Conference originally scheduled to take place February 28-29, 2020, at the Savannah campus of Georgia Southern University, at which Martin was to have been the keynote speaker. She is the creator of the “Empire Files” documentary series and director of the 2019 film “Gaza Fights for Freedom,” which documents Israeli violence against Palestinian protesters during the 2018 Great March of Return.

However, in her contract, Martin was required by a 2016 Georgia state law to forswear boycotting the state of Israel for the duration of the agreement. An energetic proponent of the Boycott, Divestment and Sanctions (BDS) movement aimed at putting global economic pressure on Israel to change its policies toward Palestinians under its rule, Martin told Radio Sputnik at the time that being asked to sign the agreement was “a complete violation of my right to have my personal convictions” and of “my right to engage in peaceful political protest.”

Martin refused to sign the contract and the event was eventually cancelled. In February 2020, she sued a group of six officials from the University System of Georgia and Georgia Southern University, charging that her First and Fourteenth Amendment rights had been violated.

According to the court filing viewed by Sputnik, US District Judge Mark Cohen found that Martin’s boycott of Israel is protected speech under the First Amendment and unconstitutionally compels speech by mandating she swear an oath.

“The certification that one is not engaged in a boycott of Israel is no different that requiring a person to espouse certain political beliefs or to engage in certain political associations,” Cohen wrote, comparing the issue to a questionnaire about whether an applicant had ever been a member of a communist party.

The ruling also called into question - but did not answer - whether “Georgia's interest in furthering foreign policy goals regarding relations with Israel is a substantial state interest” that could be protected by such a law. 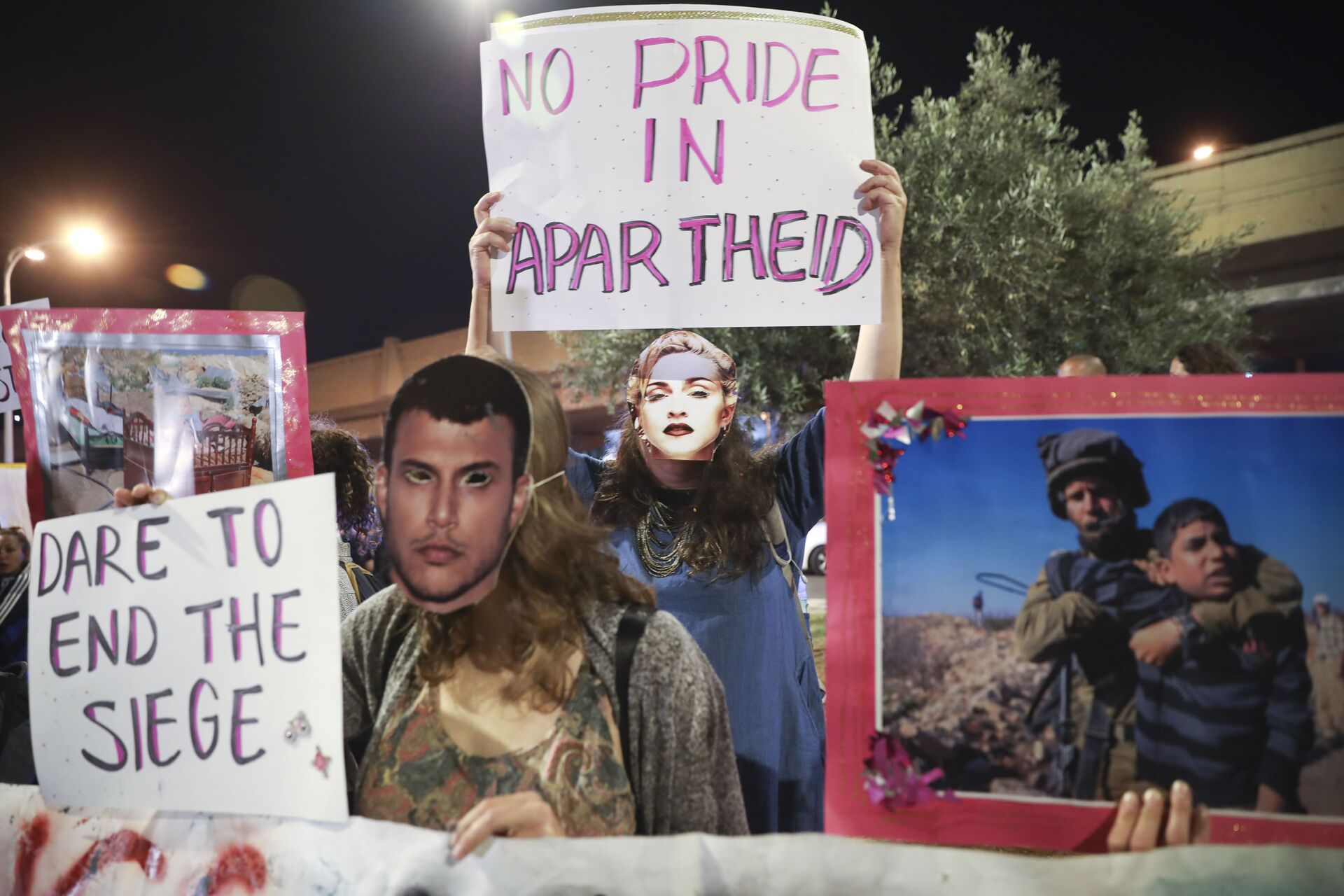 Supporters of the 'BDS', Boycott Divestment and Sanctions movement protest for lifting the Gaza blockade and to boycott the 2019 Eurovision Song Contest, outside the venue where the contest final will take place, in Tel Aviv, Israel, Saturday, May 18, 2019.
© AP Photo / Oded Balilty

“I am thrilled at the judge’s decision to strike down this law that so clearly violates the free speech rights of myself and so many others in Georgia,” Martin told Sputnik in a Monday statement.

“My First Amendment [right] was restricted on behalf of a foreign government, which flies in the face of the principles of freedom and democracy. The government of Israel has pushed state legislatures to enact these laws only because they know that sympathy and support for the population they brutalize, occupy, ethnically cleanse and subject to apartheid, is finally growing in popular consciousness - they want to hold back the tide of justice by preemptively restricting the right of American citizens to peacefully take a stand against their crimes,” Martin said.

“As the world watches Israeli aggression continue in Jerusalem, the West Bank and against the population it besieges in Gaza, it has never been more urgent to advance the Boycott, Divestment and Sanctions movement against the Israeli regime. The striking of this law is a necessary and timely opening to build this urgent task.”

When asked if she now plans to hold the event or to hold another event in Georgia more explicitly focused on Israel, Martin told Sputnik: “I do not have plans as of yet to reschedule.”

As of May 2021, 35 of 50 US states have passed bills or executive orders intended to interfere with boycotts of Israel. While some are aimed at contracts with BDS proponents, as Georgia’s law is, others target businesses that refuse to do business in Israel, including those that specifically refuse to do business in Israeli settlements in the West Bank and East Jerusalem, Israel’s occupation of which the United Nations has deemed illegal under international law.

The most recent, signed into law last month by West Virginia Governor Jim Justice, a Republican, claims the Appalachian state “has an economic and a humanitarian obligation to denounce and reject the Boycott, Divestment and Sanctions Movement against Israel, and to prevent the state or any of its instrumentalities from contracting with companies that engage in the movement.”

While proponents of such bans claim they are fighting anti-Semitism by defending a state ostensibly founded to protect the Jewish people from another genocide, supporters of BDS say their efforts are directed at the policies of the Israeli state and not against the Jewish people as a whole, and they compare BDS to the international boycott movement against South African apartheid that eventually forced the end of white Boer rule over Black Africans in that country in 1994 and the creation of a multi-ethnic democracy.

In May of last year, the British Supreme Court also ruled in favor of the Palestine Solidarity Campaign, striking down government regulations preventing Local Government Pension Schemes from divesting from companies that profit from Israel’s alleged human rights violations in the West Bank, East Jerusalem, and the Gaza Strip.