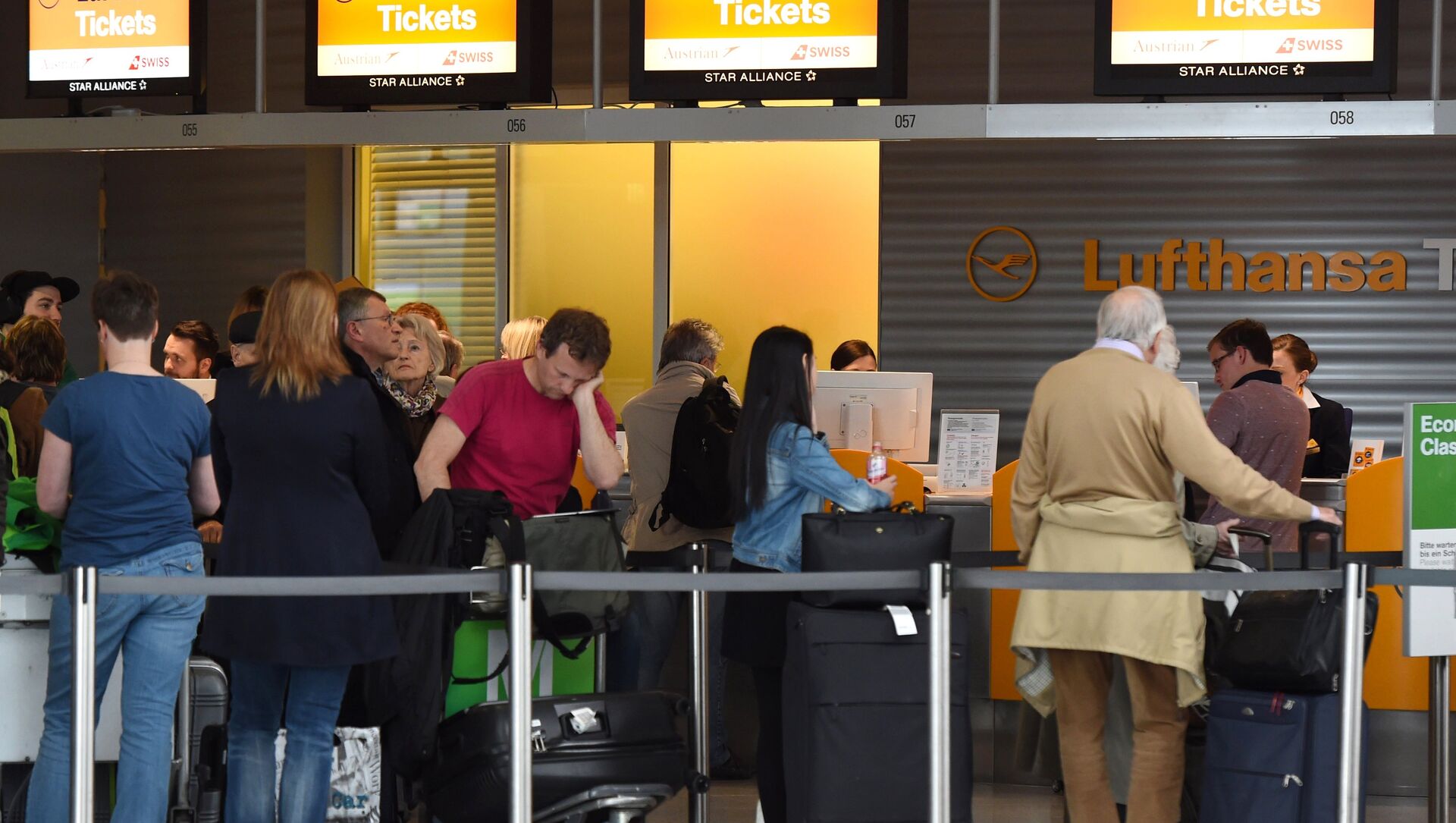 MINSK (Sputnik) - Boarding on Minsk-Frankfurt flight on Monday was stopped over an email about a possible terrorist attack and the re-inspection of the plane is ongoing, the Minsk National Airport said.

"The e-mail of the National Airport received a message from unidentified persons about their intention to commit a terrorist act against Lufthansa flight LH1487 on the Minsk-Frankfurt route. Departure was scheduled for 14:20. The boarding of this flight has been suspended," the airport said in its Telegram channel.

The airport added that procedures are underway to "re-inspect the aircraft and everything that will be transported on it."

Earlier on Sunday, the flight from Athens to Vilnius – on which Belarusian opposition blogger Protasevich was travelling – was ordered to make an emergency landing in Minsk due to a bomb threat, which was subsequently announced as a hoax.

The incident has triggered a wave of criticism from European leaders, who accused the Belarusian authorities of meddling with the European Union's civil aviation. NATO said diverting the flight was "serious and dangerous," while the European Union stated that "such an act cannot be left unanswered.”

Back in 2013, President Evo Morales’ plane had to make an emergency landing in Austria at the behest of the United States during the hunt for National Security Agency whistleblower Edward Snowden. The former CIA agent was never on board though.