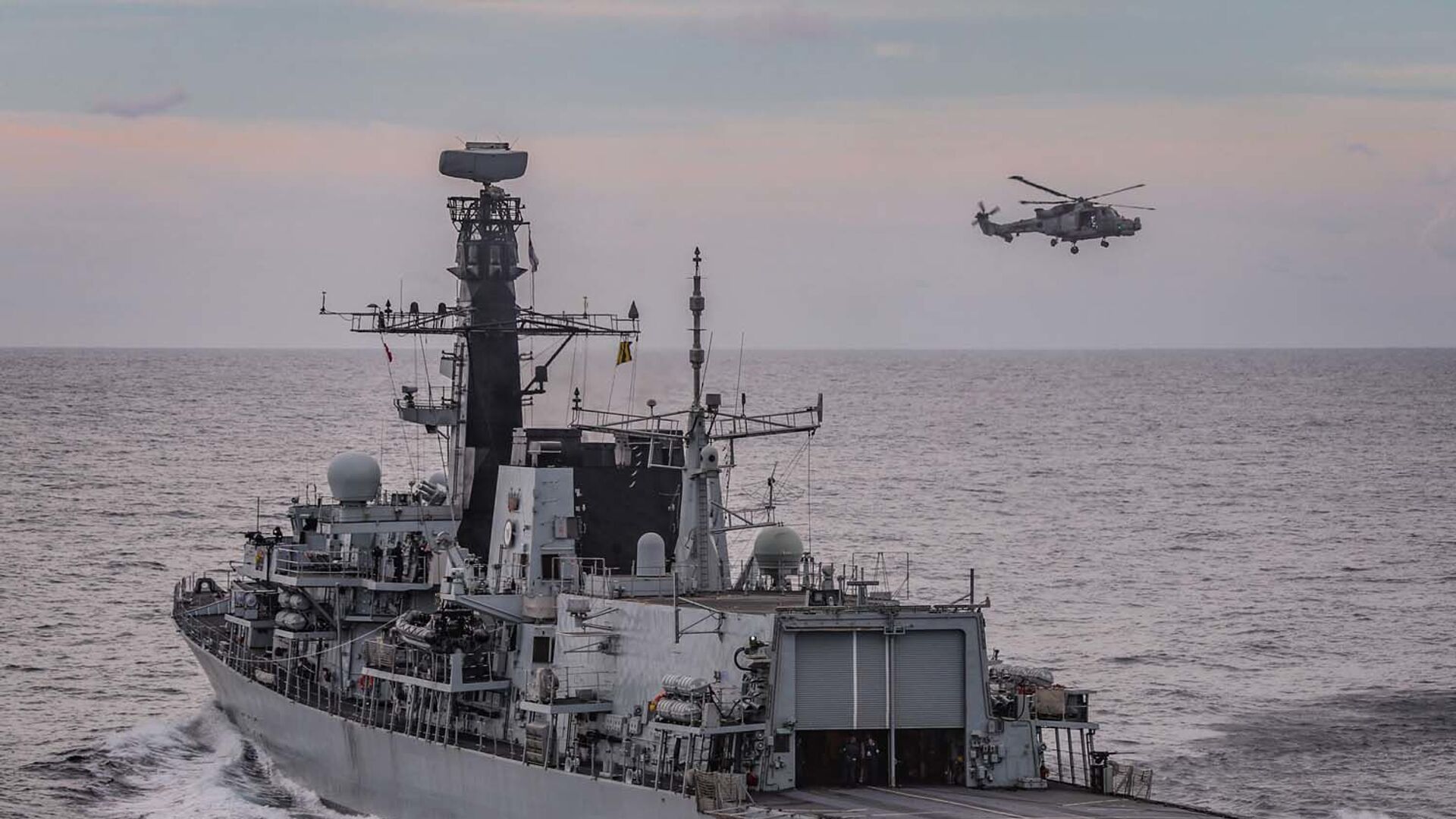 Svetlana Ekimenko
All materialsWrite to the author
From drones facilitating the resupply of Royal Marines to ‘crewless’ boats able to successfully integrate for missions with naval vessels, the UK Royal Navy has been lauding its efforts to bring the latest cutting-edge technology to the front line and adapting to future challenges.

Unmanned “ghost” warships – the stuff of lore and legends - might soon become a reality, according to the ambitious plans of the UK Royal Navy.

The fully autonomous craft, armed with cutting-edge technology such as lasers and guided missiles, with no need of operators may reportedly be in service as soon as in the next decade.

A full set of recordings from this week's First Sea Lord's Sea Power Conference is now available to watch on the IISS website. #SeaPowerConference

“We actually want a force mix that takes in the high-end force as well as the lower end, working towards a fully autonomous major warship in the next decade."

The “ghost” vessels of the future would use artificial intelligence to make mission decisions.

Reference to these ships of the future by the Navy top brass sparks comparisons with the mysterious “ghost ship” Mary Celeste. The American merchant brigantine had been discovered adrift in the Atlantic Ocean off the Azores Islands on 4 December 1872.

While in reportedly seaworthy condition and under partial sail, her lifeboat missing and last log entry dated ten days earlier.

4th December 1872: The merchant ship Mary Celeste is discovered drifting off the coast of the Azores, intact, but with her entire crew mysteriously missing #ThisDayInHistory 🌊⚓️ pic.twitter.com/5aat2bCkRv

​With the cargo intact and personal belongings undisturbed, there was not a soul on board. None of the crew were ever seen or heard from again.

Earlier, the UK Secretary of State for Defence, Ben Wallace, delivered a keynote address at the conference, held in virtual format and bringing together leading UK and international decision-makers, influencers and academics from the maritime and defence worlds.

Wallace earlier gave an interview for The Telegraph to hail the fact that Britain was “back” as a global military force able to “project power thousands of miles from home”.

As the need to the UK’s re-engagement with “old allies” was underscored to face the emerging challenges, Wallace praised the Navy’s two new aircraft carriers, HMS Prince of Wales and HMS Queen Elizabeth. 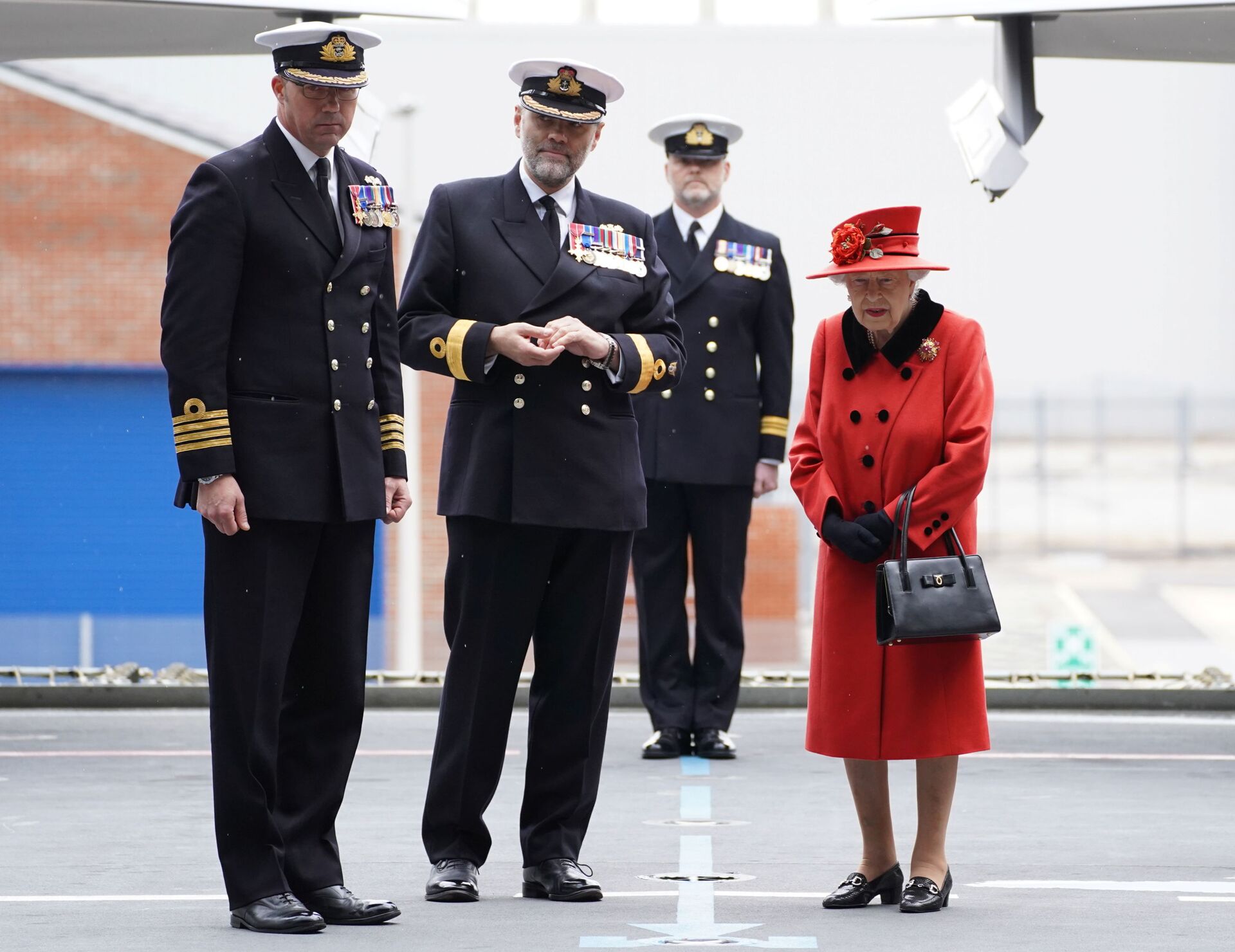 Britain's Queen Elizabeth meets personnel during a visit to HMS Queen Elizabeth ahead of the ship's maiden deployment at HM Naval Base in Portsmouth, Britain May 22, 2021
© REUTERS / POOL

HMS Queen Elizabeth, eight other ships and a nuclear submarine set sail from Portsmouth on Saturday on a seven-month tour all the way to the Philippine Sea from the Mediterranean, in line with the UK government’s recommendation to shift the country’s focus toward the Indo-Pacific region where China’s influence is growing.

Underscoring the imperative need to rise up to “emerging new threats”, the Royal Navy has been forging ahead to bring the latest technology to the frontline.

This presupposes drones resupplying Royal Marines on the battlefield, “crewless boats” integrating with Royal Navy ships, and an unmanned, autonomous submarine like the one recently unveiled.

​The nuclear-powered 7,400 tonnes “hunter-killer” sub, HMS Anson, was shown at the construction hall at Barrow-in-Furness, as it travelled down a slipway and entered the water on 20 April.

HMS Anson was rolled out of the build hall @BAES_Maritime and lowered into the water 4 weeks ago.

Will spend around a year alongside at the Wet Dock Quay for test and commissioning phase where reactor is brought online.https://t.co/wnJjQXLSXl pic.twitter.com/g3ksprBmPh

​The submarine's movements and actions will be governed entirely by Artificial Intelligence (AI).

In November 2020 the MoD reaffirmed commitment with France to a joint programme for Autonomous Minehunting Systems that will detect and neutralise mines around the world, worth £184 million, to replace the Hunt and Sandown class ships.

Speaking at the Franco-British Council Defence Conference, the Defence Secretary announced the joint Maritime Mine Counter Measure (MMCM) programme, which will create new systems to combat sea mines and offer safety for vessels and personnel.