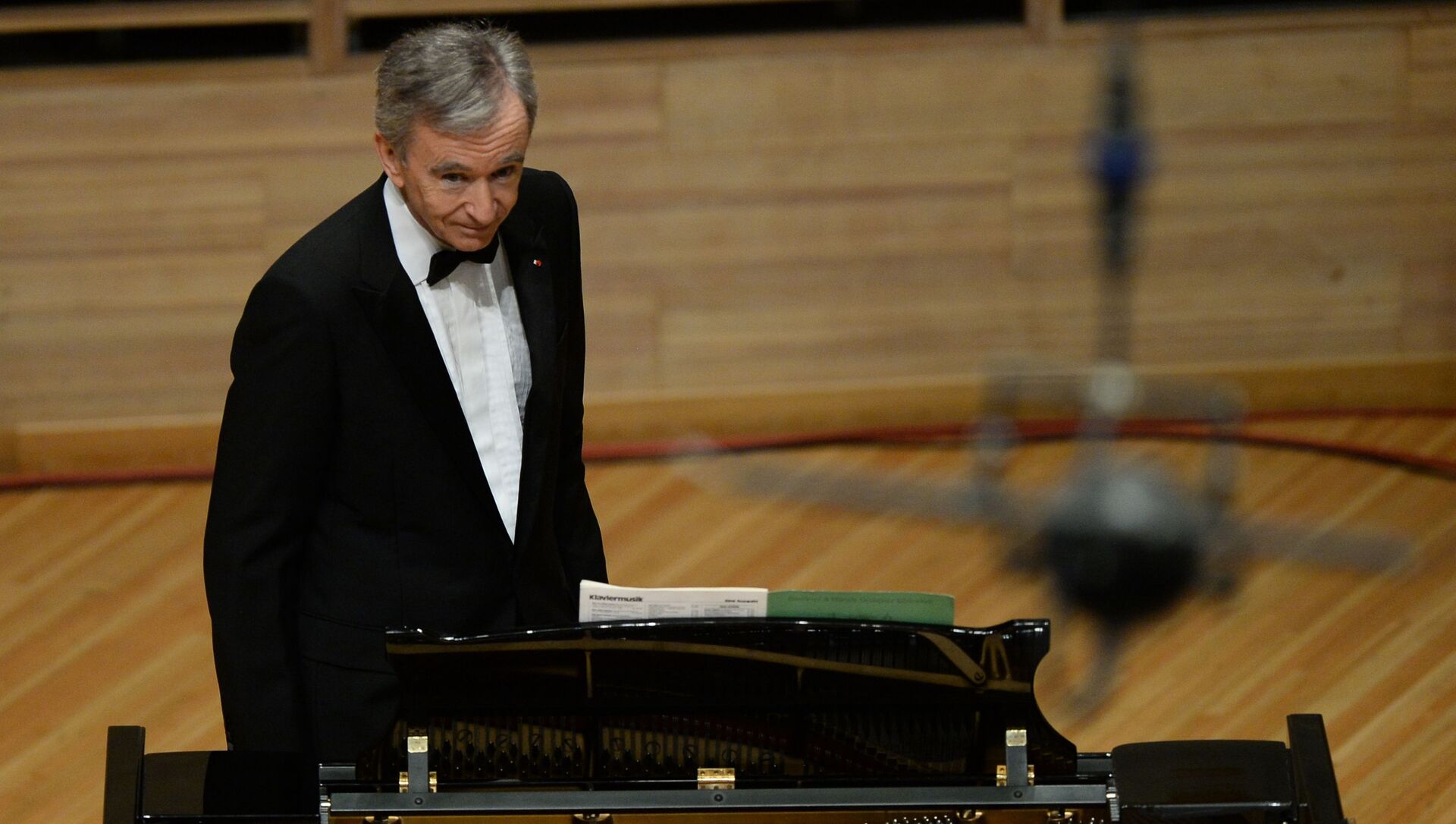 According to the magazine, Arnault's fortune has doubled since March previous year despite the pandemic, putting him above Amazon's Jeff Bezos, who is worth $186 billion, and Tesla's Elon Musk, worth $147.3 billion.

Experts believe that the rise of LVMH was propelled by Chinese shoppers, Forbes said. In the first quarter of 2021, the group recorded revenue of $17 billion, which is a 32% increase, compared to the same period in 2020. On Monday, LVMH rose by another 0.4% during the first hours of trading, reaching the market cap of $320 billion.

Luxury Products Group LVMH Reports 32% Revenue Growth in Q1 After COVID-Related Losses
Forbes noted that LVMH is not the only European luxury group to record a substantial increase in market value despite the lockdown. The net worth of Francois Pinault, owner of rival Kering Group (Saint Laurent, Alexander McQueen and Gucci) has also nearly doubled since spring 2020, from $27 billion to $55.1 billion. Fortunes of Chanel brothers, Alain Wertheimer and Gerard Wertheimer, followed a similar trajectory and jumped from $17 billion to $35 billion in a year.

In general, the majority of the world's richest people have become even richer since the start of the pandemic, increasing their net worths by billions, Forbes noted.