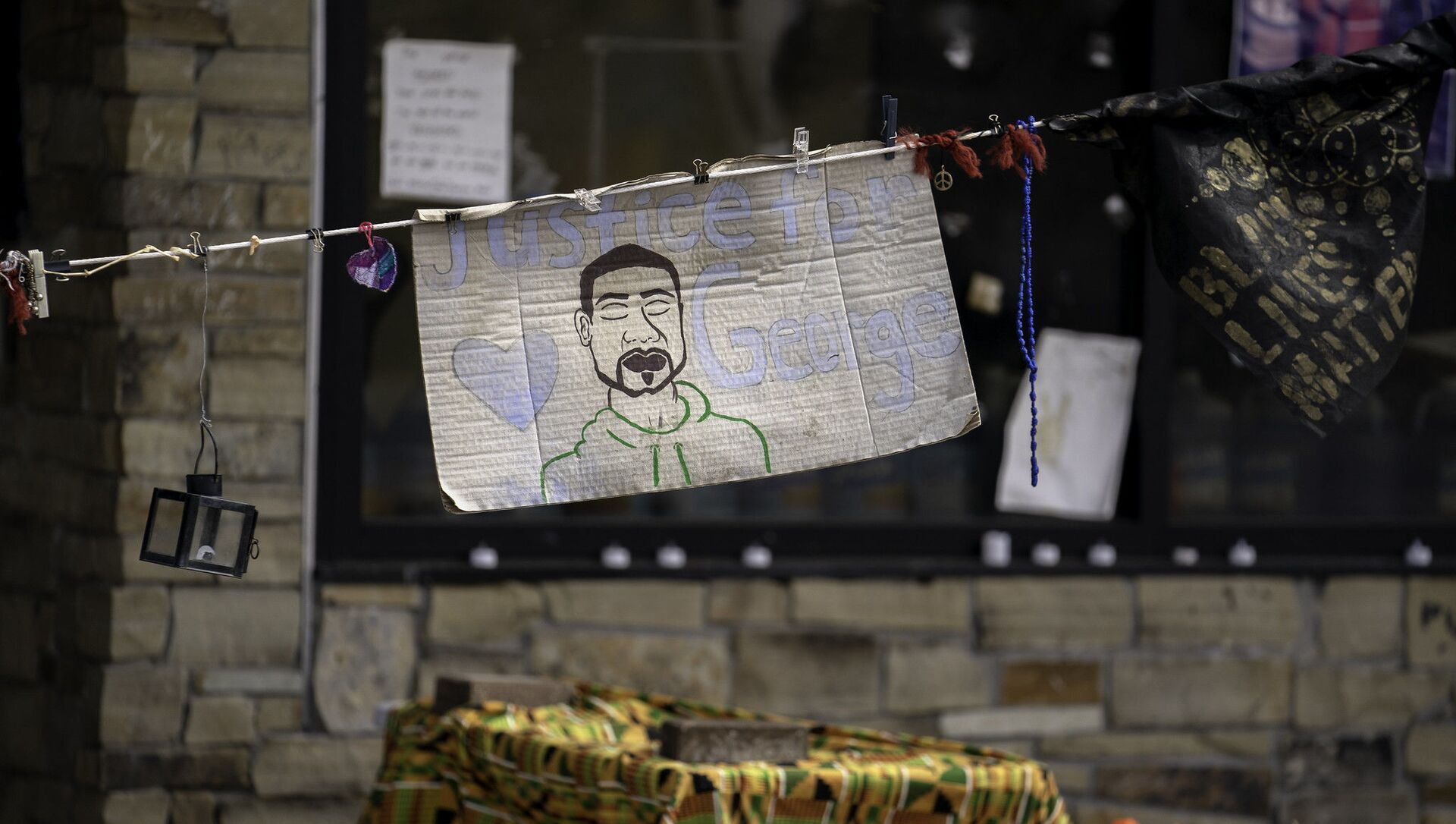 On Sunday, a march was organized in Minneapolis as part of a series of events marking the anniversary of George Floyd’s death. Demonstrators gathered in front of the courthouse where the trial of former Minneapolis police officer Derek Chauvin, who killed Floyd, was concluded last month. Tuesday will mark one year since Floyd died in police custody.

In April, Chauvin was found guilty of second- and third-degree murder and second-degree manslaughter in the Floyd case.

Last May, while arresting Floyd, who was accused of using a fake $20 bill at a local convenience store, Chauvin, now 45, kneeled on the neck of the African American man three times for almost ten minutes. After complaining "I can’t breathe," with Chauvin’s knee on his neck, Floyd became unconscious during the arrest and died later at a hospital.

Floyd’s death triggered mass protests in almost every major city in the US, and in many international urban centers. Demonstrators denounced police brutality and police racism and demanded justice for African Americans who suffer unnecessarily at the hands of police officers in the US.