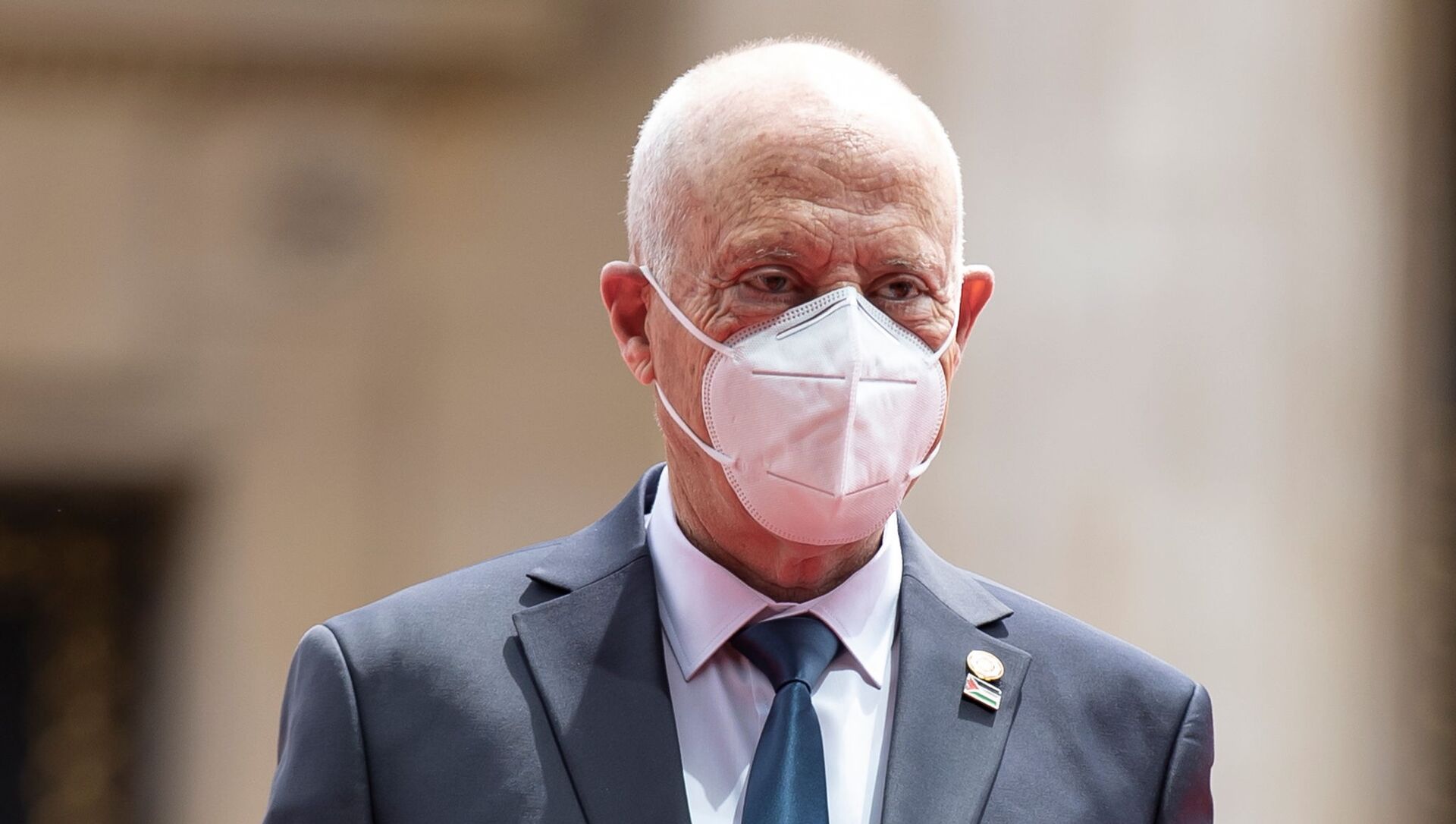 Andrei Dergalin
All materialsWrite to the author
Along with outlining the plan for the alleged coup, the document also reportedly details measures to make the seizure of power more popular with the public, such as slashing the price of fuel and basic commodities by 20 percent.

Kais Saied, the president of Tunisia, has apparently been usurp complete control in the country, Middle East Eye reports citing a document it obtained.

The paper in question, dated 13 May and labelled "absolutely top secret," outlines a plan for the president to call an urgent meeting of the country’s National Security Council and proclaim a "constitutional dictatorship" that would serve as a tool for "concentrating all powers in the hand of the president of the Republic," according to the media outlet.

Those attending the meeting, including Prime Minister Hichem Mechichi and Speaker of the Assembly of Representatives of the People Rached Ghannouchi, would then be detained before President Saied announces that he's enacting chapter 80 of the constitution, which essentially allows him to seize power in a national emergency.

"In such a situation it is the role of the President of the Republic to combine all powers in his grip so as for him to become the centre of authority that enables him to exclusively hold... all authorities that empower him," the document says.

Other measures reportedly mentioned in the document include the appointment of General Khaled al-Yahyawias as acting interior minister and the deployment of troops "at the entrances of cities, vital institutions, and facilities," as well as putting certain key figures under house arrest.

In order to make the changes more popular with the people, the document allegedly suggests suspending all payments of bills for electricity, water, telephone, internet, bank loans, and taxes for 30 days, and to slash the price of fuel and basic commodities by 20 percent.

As the media outlet points out, Saied has already been accused of "laying the groundwork for a ‘soft-coup’ inside Tunisia", with the president previously describing the role of his office as the "supreme commander of the military and civilian armed forces," and blocking an effort to create a constitutional court in the country last month.

However, one member of the president's cabinet reportedly replied "I don’t think so" when asked by the Middle East Eye whether they thought that Saied was planning a coup.

"It's just a Facebook rumour. In Tunisia you can hear anything," they said.