'Life Won't be the Same Again': Gazan Orphan Tells How He Lost His Parents in Israeli Airstrike 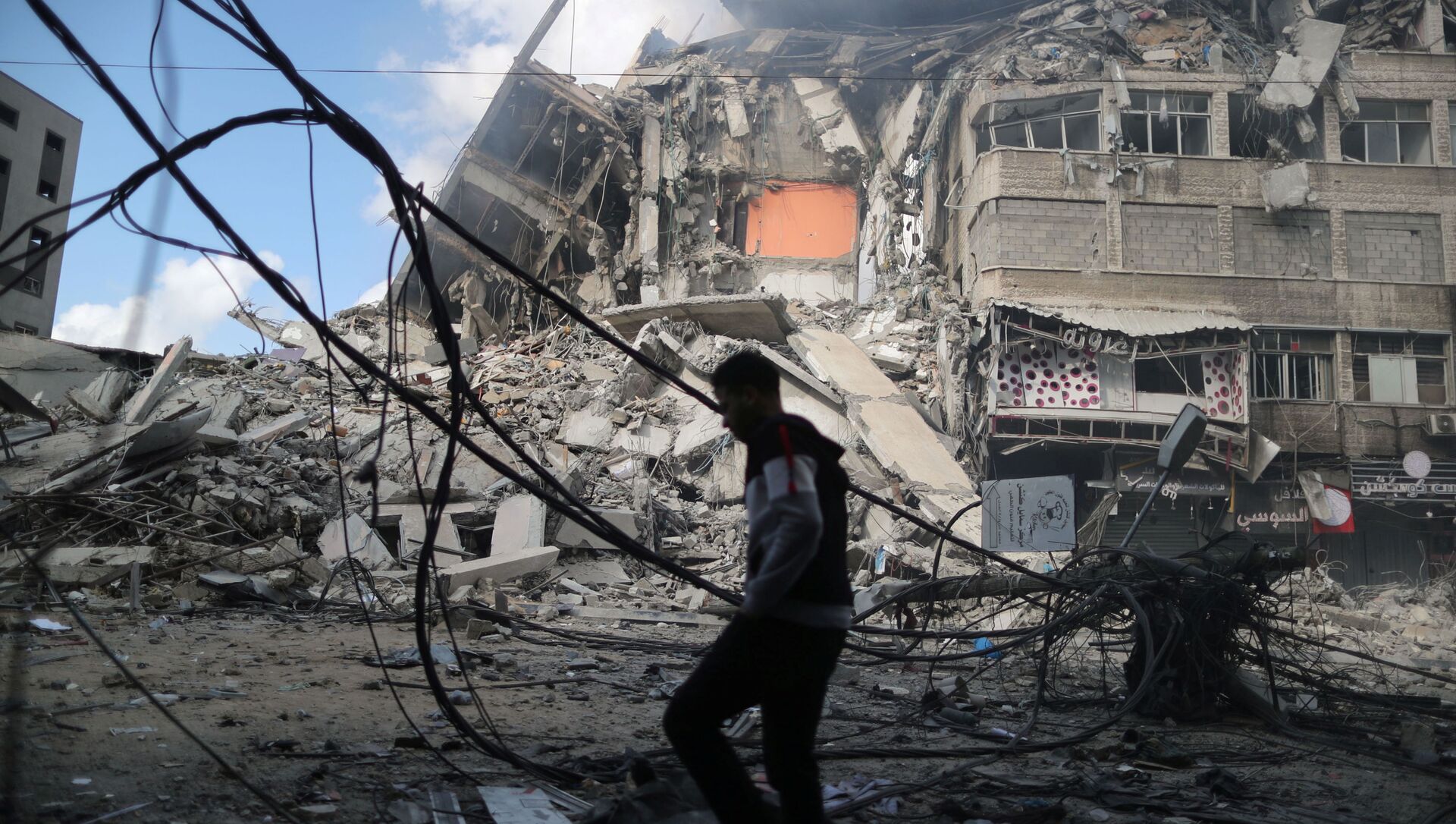 © REUTERS / SUHAIB SALEM
Subscribe
International
India
Africa
Elizabeth Blade
All materials
Although the ceasefire that was reached on Friday is being observed, the eleven days of hostilities between Hamas, which maintains de facto control of the Gaza Strip, and Israel have claimed the lives of more than 240 Palestinians and 12 Israelis.

Quiet has been maintained in the Gaza Strip since Friday, after the Egyptian mediators managed to broker a ceasefire between Israel and Hamas, the militant organisation that controls the enclave.

The Islamist group stopped firing rockets into Israel and the latter put an end to its bombardment of strategic targets within the Strip, where at least 240 people have already lose their lives in the eleven days of fighting.

If the ceasefire continues and the two sides eventually reach an agreement, quiet will be restored in the area and life will go back to normal.

But for Ahmed al-Koulak, a 17-year-old boy from Gaza, life will never look normal again. On 16 May Israeli warplanes attacked the building he was living in, burying his parents and four of his siblings alive.

"We were at home when we heard a huge explosion," he recalls.

"I remember that my mom rushed to my room to protect me and my siblings. But a wall crashed and buried her and all of them under it. Then I fainted and when I finally opened my eyes, I heard people screaming 'he is alive'.  But instead of being happy, I was afraid and cried all the time."

Israel has repeatedly claimed that the air strikes exclusively targeted Hamas military sites and that the damage to civilian infrastructure such as residential buildings, roads and towers was not deliberate.

'We Hear Explosions All The Time': Gaza Resident Fears Bloodbath if Hamas-Israel Fighting Rages On
It has also maintained that when civilians were thought to be in a targeted building, it made sure to warn residents and urge them to evacuate, but al-Koulak says this has not been the case.

"We have not been alerted by the Israeli army. They say they are targeting Hamas militants but the reality is that the ones they have killed in that building were civilians. They were my family".

According to estimates, at least 100 women and children have been killed during the most recent round of hostilities. Many children were orphaned, adding to the current tens of thousands that are growing up in the Strip without their parents.

Now the 17-year-old will be staying with his grandparents, who will be responsible for his upbringing. He will also be counting on the assistance of the United Nations refugee agency for the Palestinians, that has recently received a money boost from the new US administration in Washington.

Al-Koulak says he is fearful of what the future might hold for him. In an area where the government is rarely helping and where NGOs are struggling with finding, life for orphans might be a hard cross to bear.

"I don't know how to continue my life without my parents. And I am also afraid that another Israeli strike will eventually kill me."

The 17-year-old hopes that Israel will be held accountable for its actions but he is also venting anger at the international community for failing to stop Israeli officials from carrying out the operation and for "sitting idly by" watching how Gaza was destroyed once again.

Several states have also announced that they would commit millions of dollars to the reconstruction of the Strip. Such was the case with Egypt, that vowed to give $500 million dollars, and such was the case with the US. But for children like al-Koulak this money will not make the reality any better.