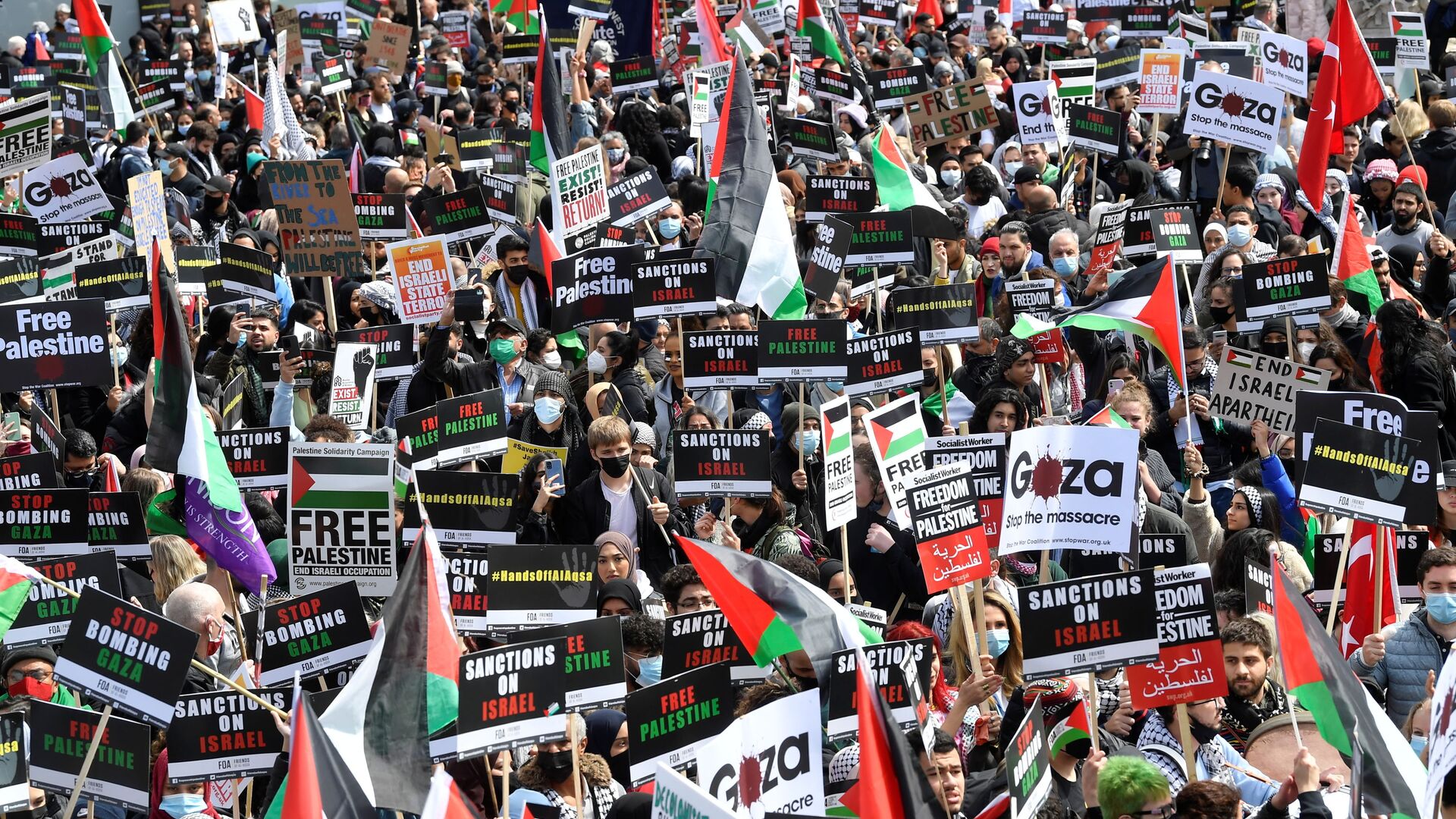 Arty Katkov
All materialsWrite to the author
On Thursday, Israel and the Hamas movement agreed to an Egypt-brokered ceasefire, after 11 days of rocket attacks and airstrikes that left 243 Palestinians and 12 Israelis dead.

Several thousand people marched in a rally in central London in support of Palestinians on Saturday, which marched towards Westminster and the buildings of the British government through Hyde Park.

The protesters, however, faced criticism for holding signs referring to Adolf Hitler, burning Israeli flags, and smashing some cars in the process.

Several posters reading 'Stop doing what Hitler did to you', 'Israel, the new Nazi state' or 'Holocaust Part 2' were seen during the protests.

The protestors also burned Israeli flags outside the country’s embassy in London and smashed cars, the Daily Mail reported.

A video of the protestors smashing a TVR sportscar with a traffic cone before the police rushed to disperse the crowd, is circulating the social media.

Sadiq Khan and the Met police need to get a grip quickly. pic.twitter.com/IQYt6GWGaI

The conflict between Gaza-based Hamas militants and Israel escalated on 10 May after several days of violent clashes between the Arab population and Israeli police in East Jerusalem over the forced eviction of Palestinian families. As a result, thousands of rockets were fired at Israel by Hamas and the IDF launched deadly airstrikes on the Strip before an Egypt-brokered ceasefire was struck on Thursday night.