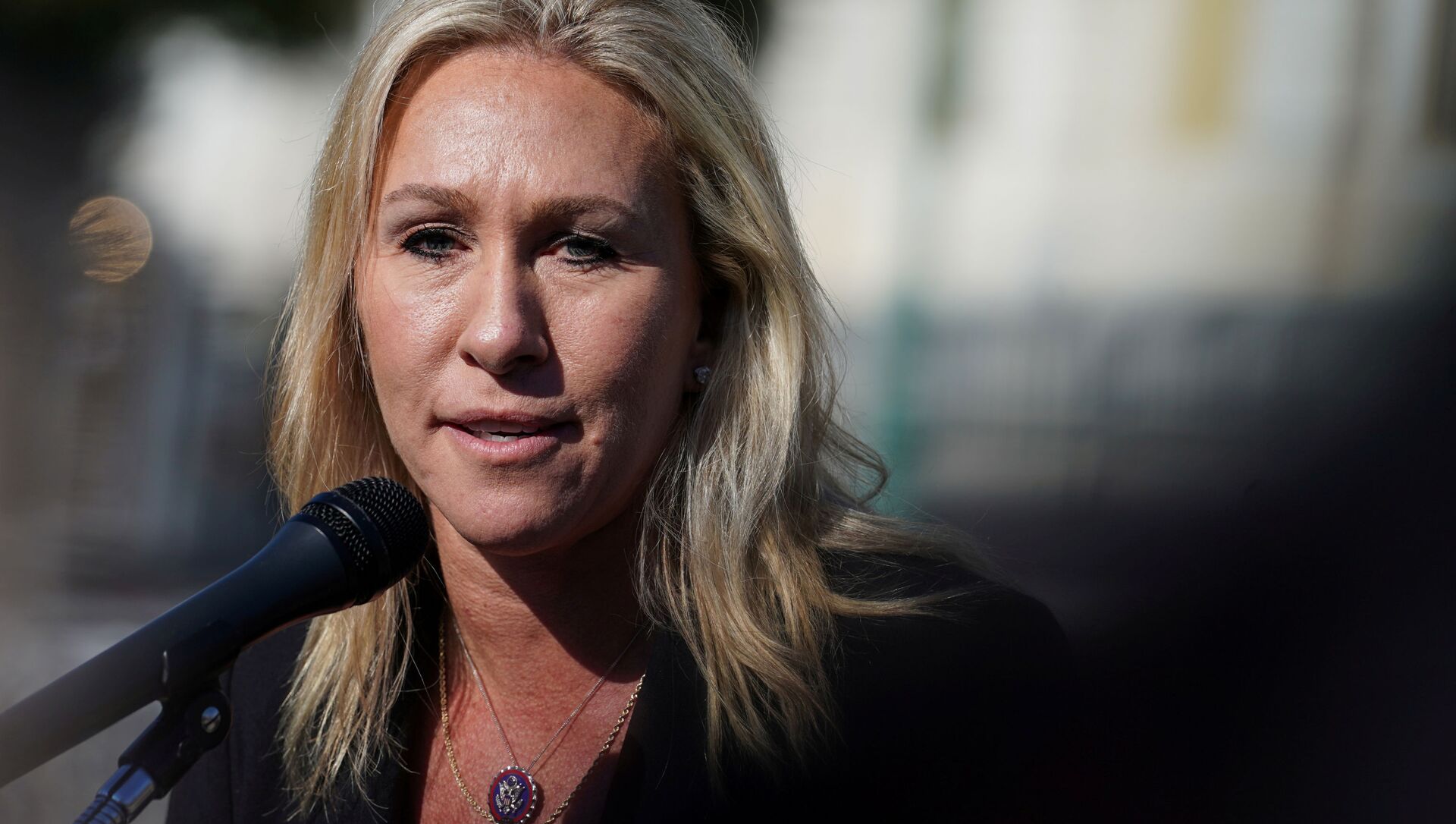 © REUTERS / Sarah Silbiger
Subscribe
International
India
Africa
Arty Katkov
All materialsWrite to the author
Previously, Taylor-Greene along with other GOP lawmakers pushed for Cheney to be removed from her position as House Republican conference chair.

Republican Representative Elizabeth Cheney has joined other lawmakers in condemnation of the statement by Rep. Marjorie Taylor Greene, who earlier compared Speaker Nancy Pelosi’s mask policy on the House floor to the Holocaust.

Cheney took to Twitter on Saturday to post a clip of an interview with Greene, where she calls Pelosi “mentally ill”.

“You know, we can look back at a time in history when people were told to wear a gold star, and they were definitely treated like second-class citizens, so much so that they were put in trains and taken to gas chambers in Nazi Germany,” Greene said in the interview. “And this is exactly the type of abuse that Nancy Pelosi is talking about.”

Cheney commented on the clip, describing the remarks as “evil lunacy”.

This is evil lunacy. https://t.co/xHeUgbx7wa

​Cheney is not the only lawmaker who expressed outrage about Greene’s comments. The controversial remarks regarding Pelosi’s mask policy drew harsh bipartisan criticism.

Former GOP Rep. Denver Riggleman called the comments a “grotesque idiocy mixed with a neurotic lack of self-awareness”, while Democratic Rep. David Cicilline said that Greene is a “troubled person who is unfit to serve in Congress”.

Comparing wearing masks to the abuse of the Holocaust is a not so subtle diminution of the horrors experienced by millions. It’s a grotesque idiocy mixed with a neurotic lack of self-awareness.

What do you expect from a truther, Q believer, and gaslighting conspiracy theorist? https://t.co/tkH1vIOAfb

The Holocaust: The systematic murder of 6 million Jews.

Mask-wearing: A simple act that costs you nothing and saves lives.

Marjorie Taylor Greene: A troubled person who is unfit to serve in Congress. https://t.co/pSEXRrqiTZ

The American Jewish Congress called on Greene to immediately retract her comments, saying that it was wrong to compare health-related restrictions with Nazi atrocities.

Mandatory mask-wearing was introduced in July 2020 by Pelosi after several Republican lawmakers refused to comply with CDC guidelines that recommended all to do so. In January of this year, House Democrats imposed penalties for those who violated the rules. Despite the updated guidelines by CDC which say that the vaccinated people no longer have to wear a mask, the House policy still stands.

Greene managed to be one of seven Republicans who were given a formal warning by the House sergeant at arms this week for refusing to comply with the mask mandate on the House floor.