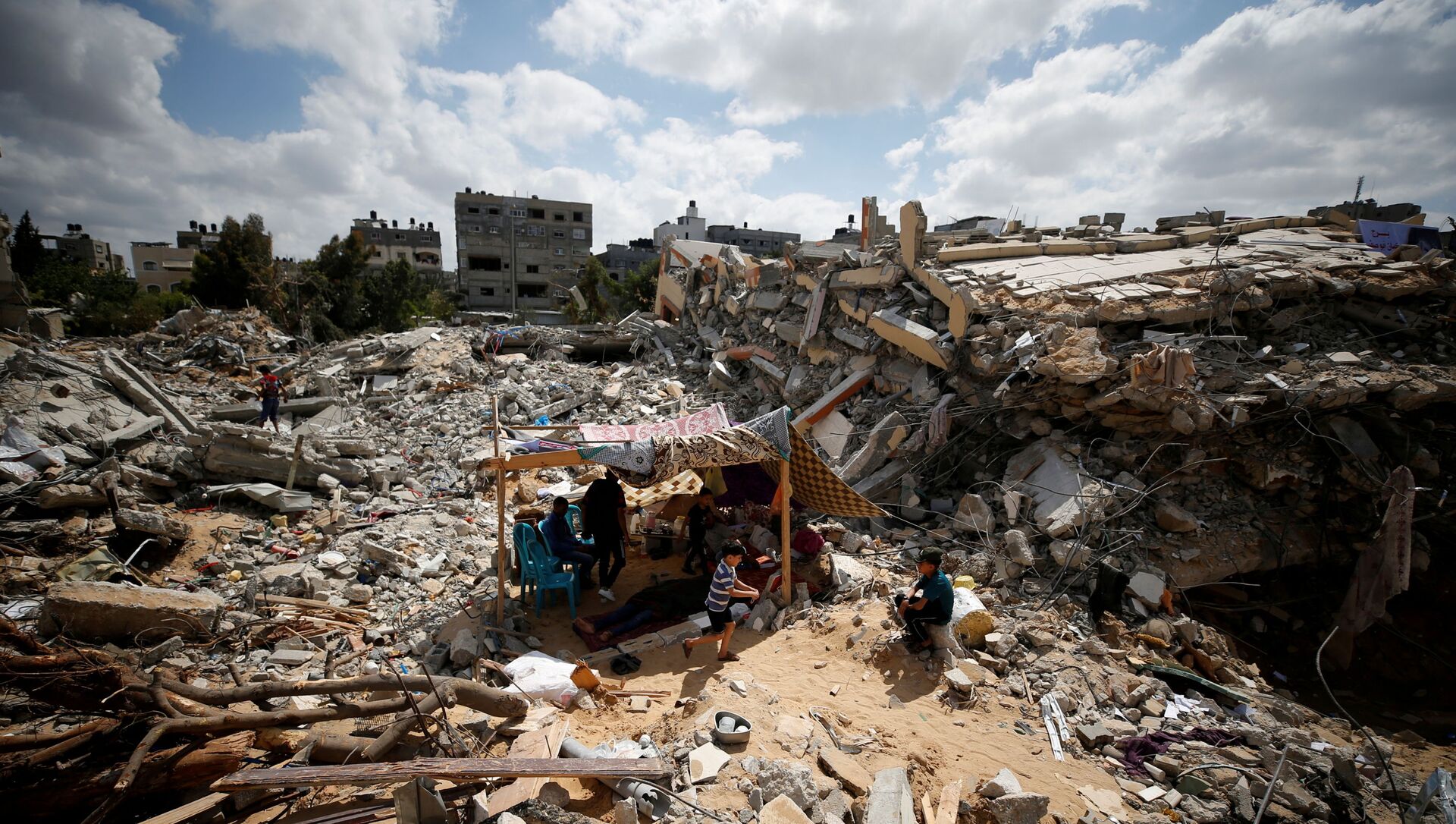 Svetlana Ekimenko
All materialsWrite to the author
On Friday, as the ceasefire mediated by Egypt between Israel and Hamas continued to hold, US President Joe Biden said there has been no shift in his commitment to Israel’s security, while insisting a two-state solution that presupposes a state for Palestinians remains “the only answer” to the conflict.

US Secretary of State Antony Blinken has weighed in on calls for a two-state solution to the Israeli-Palestinian conflict, saying that "ultimately it's the only way to ensure Israel's future as a Jewish and democratic state, and...the only way to give Palestinians the state to which they're entitled."

​Blinken appeared on ABC's "This Week" to underscore that last Thursday's cease-fire, mediated by Egypt, was "critical" to place Washington in a position "to make a pivot to building something more positive" in the aftermath of 11 days of violence.

According to the US Secretary of State, the grave humanitarian situation in Gaza required urgent attention.

He called for “engaging both sides” in an effort to achieve “real improvements in the lives of people so that Israelis and Palestinians can live with equal measures of security, of peace and dignity."

Blinken is set to travel to the region in the coming days for a flurry of meetings with Palestinian, Israeli, and regional counterparts to discuss rebuilding and relief efforts.

On Friday, President Joe Biden spoke at a White House news conference on the first full day of the truce negotiated on 20 May between Israel and Hamas. 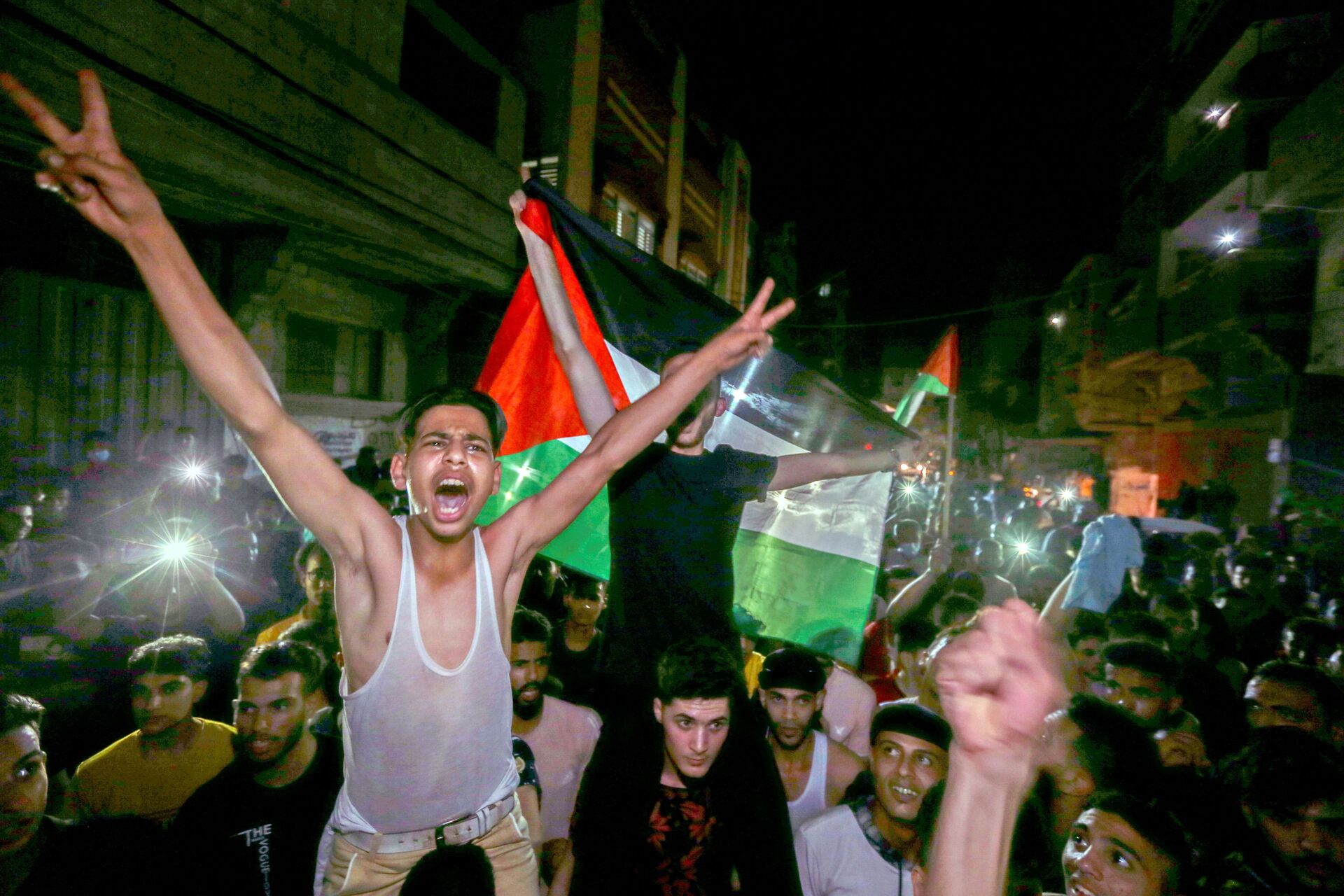 Palestinians celebrate in the streets following a ceasefire, in the southern Gaza Strip May 21, 2021.
© REUTERS / IBRAHEEM ABU MUSTAFA

Reiterating Washington’s commitment to Israel’s security, Biden insisted a two-state solution, envisaging a state for Palestinians, remains “the only answer” to the conflict.

According to the “two-state solution," an independent State of Palestine is envisioned alongside the State of Israel, west of the Jordan River.

Numerous diplomatic efforts have been made to realise a two-state solution after a UN resolution on the "Peaceful settlement of the question of Palestine" called for "two States, Israel and Palestine … side by side within secure and recognised borders" in 1947.

The boundary line between the proposed two states was the subject of dispute, as Palestinian authorities insisted on the "pre-1967 borders" deemed unacceptable by Israel, which claimed East Jerusalem and the West Bank in the so called six-day Arab–Israeli War in 1967.

In March 2015, Israeli Prime Minister Benjamin Netanyahu, who previously hinted that he would accept a Palestinian state, declared that this would not happen if he remained prime minister.

The controversial recognition by then-US President Donald Trump of Jerusalem as the capital of Israel in December 2017 prompted Palestinian officials to slam the policy change that "destroys the peace process." 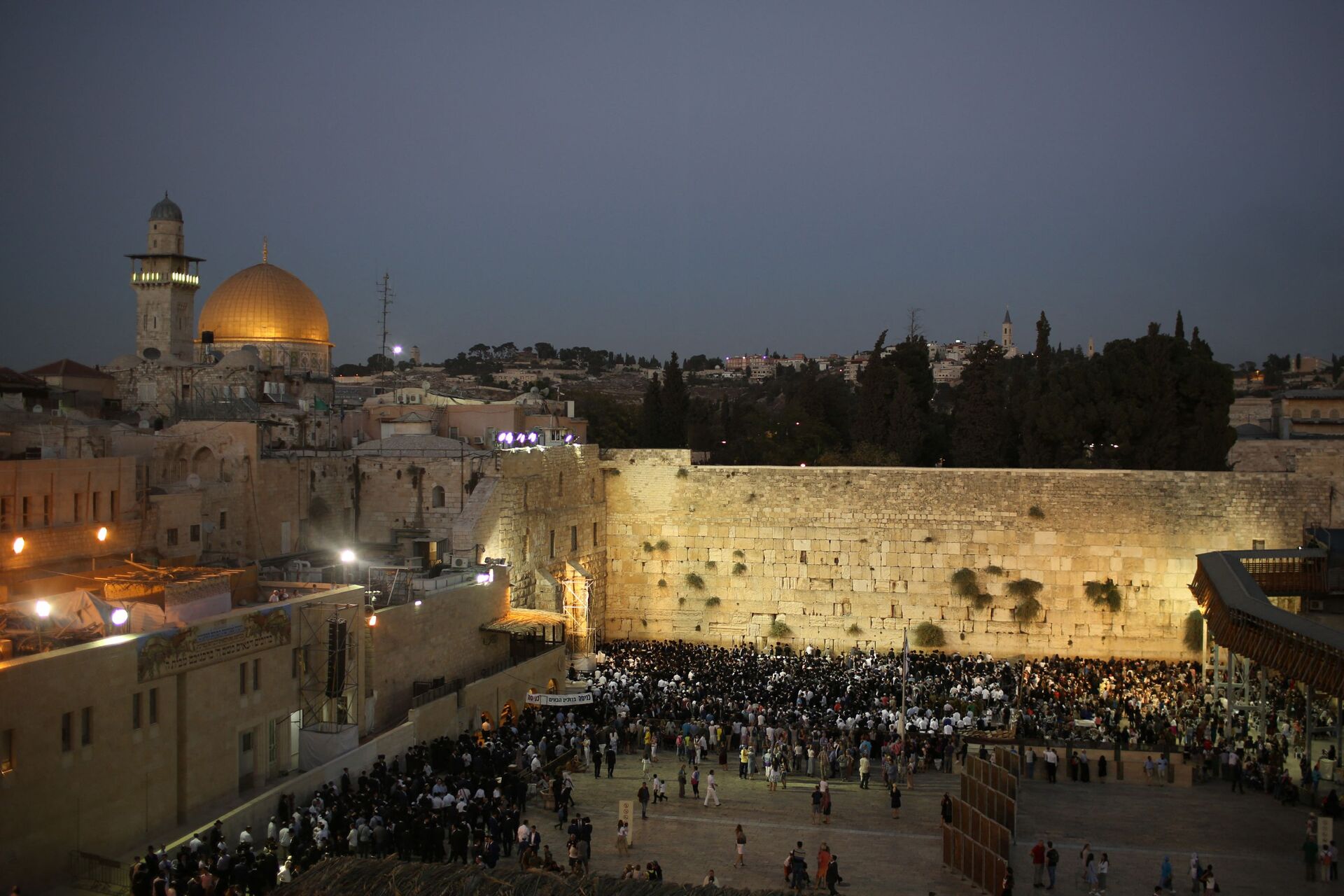 Jewish worshippers welcome the Shabbat, Hebrew for Sabbath, a day of religious observance and abstinence from work, kept by Jews from Friday evening to Saturday evening, by praying at the Western wall, the holiest site where Jews can pray, on October 14, 2016 in Jerusalem's Old City. - Israel suspended cooperation with UNESCO after the UN cultural organisation adopted two resolutions on the occupied Palestinian territories including annexed east Jerusalem ahead of a final vote next week. The resolutions refer to the Al-Aqsa mosque compound (background) in east Jerusalem's Old City -- Islam's third holiest site -- without any reference to the site also being revered by Jews as the Temple Mount.
© AFP 2022 / MENAHEM KAHANA

Accordingly, the report suggested that as “data highlight the deep distrust and profound animosity of each side for the other,” resolving the crisis will likely require more holistic “peace deals” than have been previously offered.

Tensions had been brewing between the Arab population and Israeli police for days ahead of the latest flare-up of violence on 10 May.

The forced eviction of Palestinian families in the Jerusalem neighbourhood of Sheikh Jarrah fuelled anger, compounded by Israeli authorities restricting access for Palestinians to the Al-Aqsa Mosque on Temple Mount – Islam's third most revered site – during the holy month of Ramadan.

The conflict between Gaza-based Hamas militants and Israel then escalated, resulting in thousands of rockets being fired into Israel by Hamas. 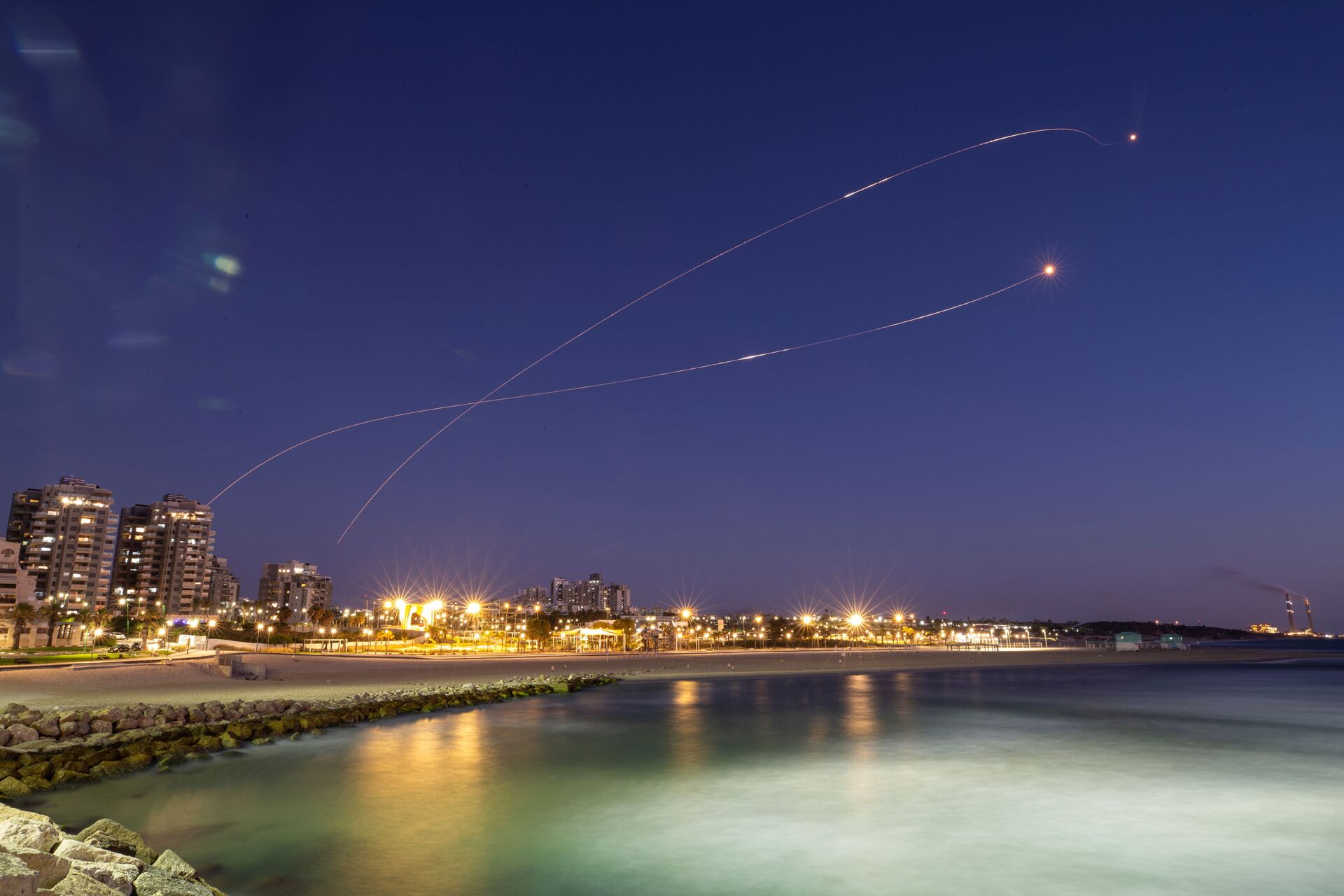 Streaks of light are seen as Israel's Iron Dome anti-missile system intercept rockets launched from the Gaza Strip towards Israel, as seen from Ashkelon May 19, 2021
© REUTERS / AMIR COHEN

The Israel Defence Forces (IDF) carried out targeted airstrikes on Gaza before an Egypt-brokered ceasefire was struck on Thursday night.

​The 11 days of hostilities involving rocket attacks and airstrikes left 243 Palestinians and 13 Israelis dead in the region’s most dangerous spate of violence in years.