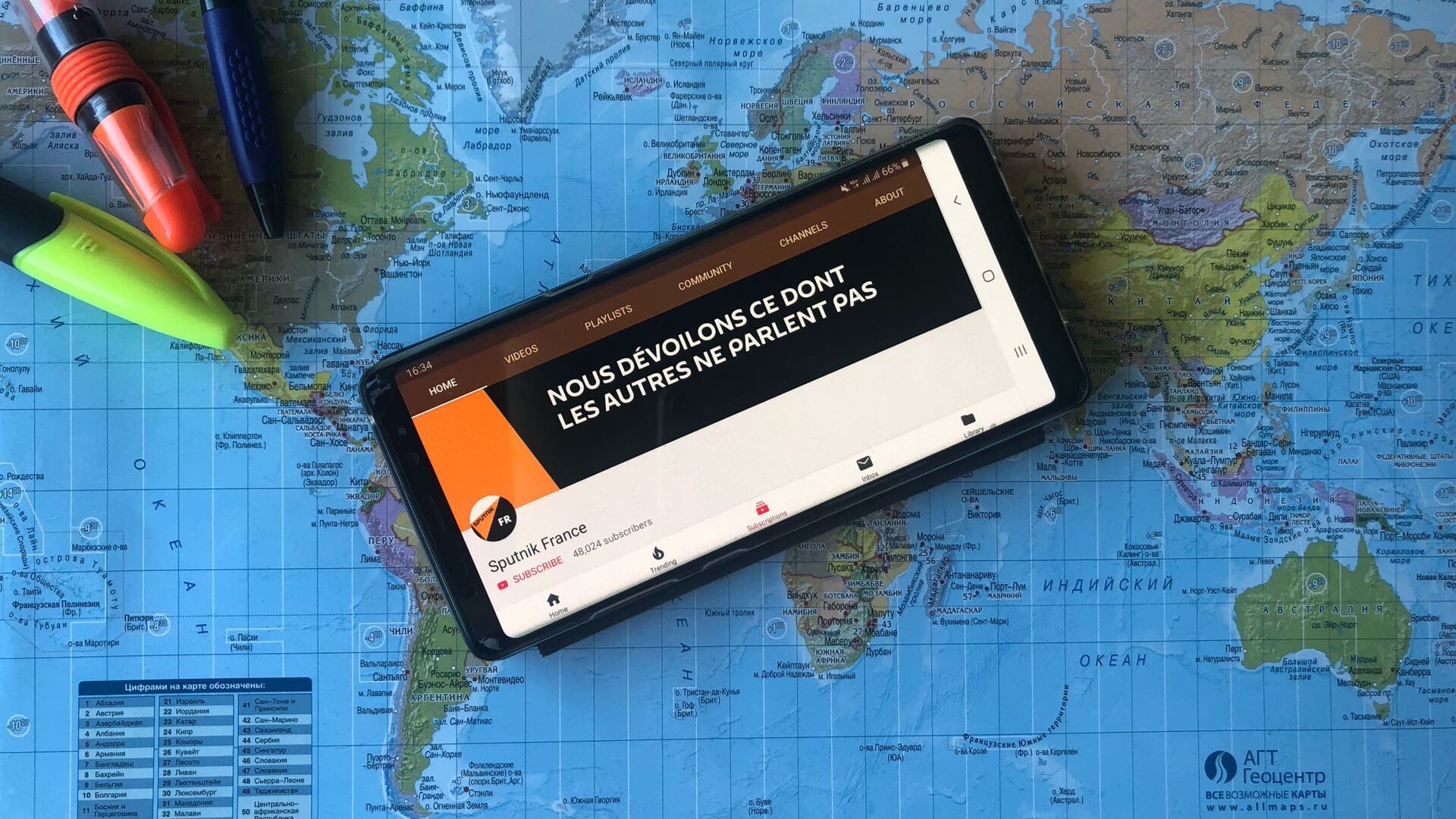 Roskomnadzor said it had sent a letter to the senior managers of Google LLC and demanded that all restrictions be lifted "as soon as possible."

"YouTube blocked our interview with a prominent neuroscientist who called the third quarantine in France a 'health dictatorship.' Leaving the house with a pass is a blatant violation of freedoms, he believes. Well, YouTube considers it a violation that we published a video in which an opinion is voiced that does not correspond to the official position of the authorities," the statement reads.

The interview, which gathered 112,000 views on YouTube before it was blocked, is still available on the website of Sputnik France.

Foreign social media platforms regularly block content produced by Russian media. In particular, Facebook blocked the account of the Baltnews agency without explaining the reasons. Besides, back in October of the last year Twitter branded RT's feature on the US election as potentially misleading, and also removed the RIA Novosti account from the search results. Earlier, Twitter blocked the profiles of RT and Sputnik in the same way.

Moscow described actions undermining the work of Russian media in the EU countries as politically motivated and violating press freedoms.