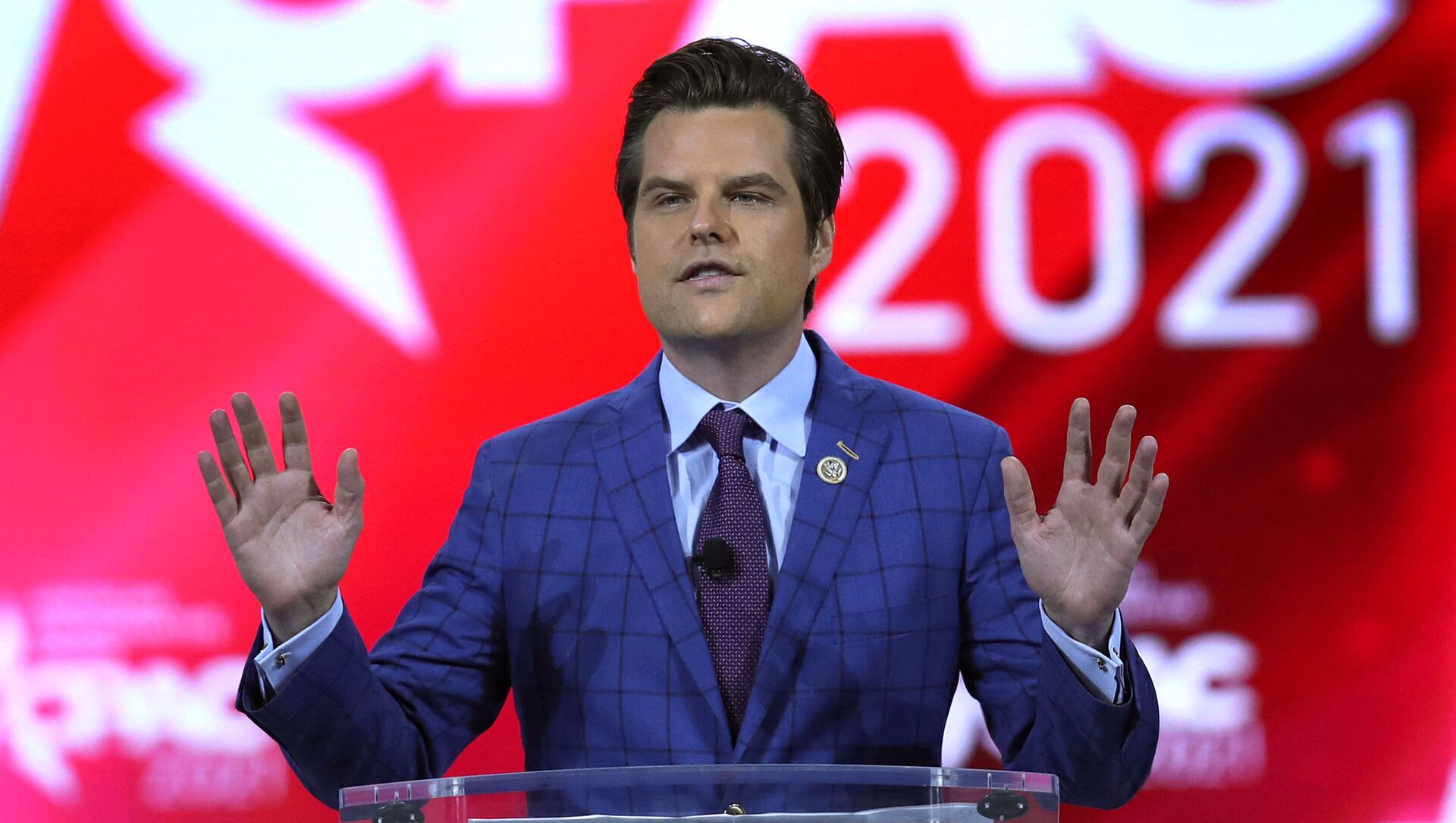 Evan Craighead
All materialsWrite to the author
On Monday, Joel Greenberg, former tax collector and longtime associate of Rep. Matt Gaetz (R-FL), accepted an agreement with federal prosecutors and pleaded guilty to six charges, including the sex trafficking of a child. Although Gaetz has been referenced in court documents, the Florida congressman has not yet been indicted in the case.

A former congressional staffer who was for a time the girlfriend of Florida Republican Matt Gaetz has agreed to cooperate with federal agents in a probe of sex trafficking allegations leveled against the US lawmaker, according to a Friday report from CNN, citing "people familiar with the matter."

The woman, who remains unnamed, is perceived to be a "critical witness" due to her connection to Gaetz, which dates to the summer of 2017, the outlet detailed. Because of her connection to the congressman, her presumed knowledge of his once-public Venmo transactions could prove useful to investigators.

According to the outlet, the woman's cooperation has been in the works for some time.

This report comes just days after Greenberg pleaded guilty to six charges: sex trafficking of a child; production of a false identification document; aggravated identity theft; wire fraud; stalking, and conspiracy to commit an offense against the US.

Per Greenberg's plea agreement, the former tax collector has agreed to "to cooperate fully with the United States in the investigation and prosecution of other persons, and to testify, subject to prosecution for perjury or making a false statement, fully and truthfully before any federal court proceeding or federal grand jury in connection with the charges in this case."

Greenberg faces a minimum mandatory sentence of 12 years in prison, and a maximum sentence of life behind bars.

Alongside the sex trafficking allegations against Gaetz, the GOP lawmaker is also under investigation by the US House Ethics Committee.

Gaetz has repeatedly asserted in public and through statements from his office that he has "never had sex with a minor and has never paid for sex."

On Friday, Gaetz told Newsmax that he is not "focused on scandal," but "socialism, and what it's doing to our country."