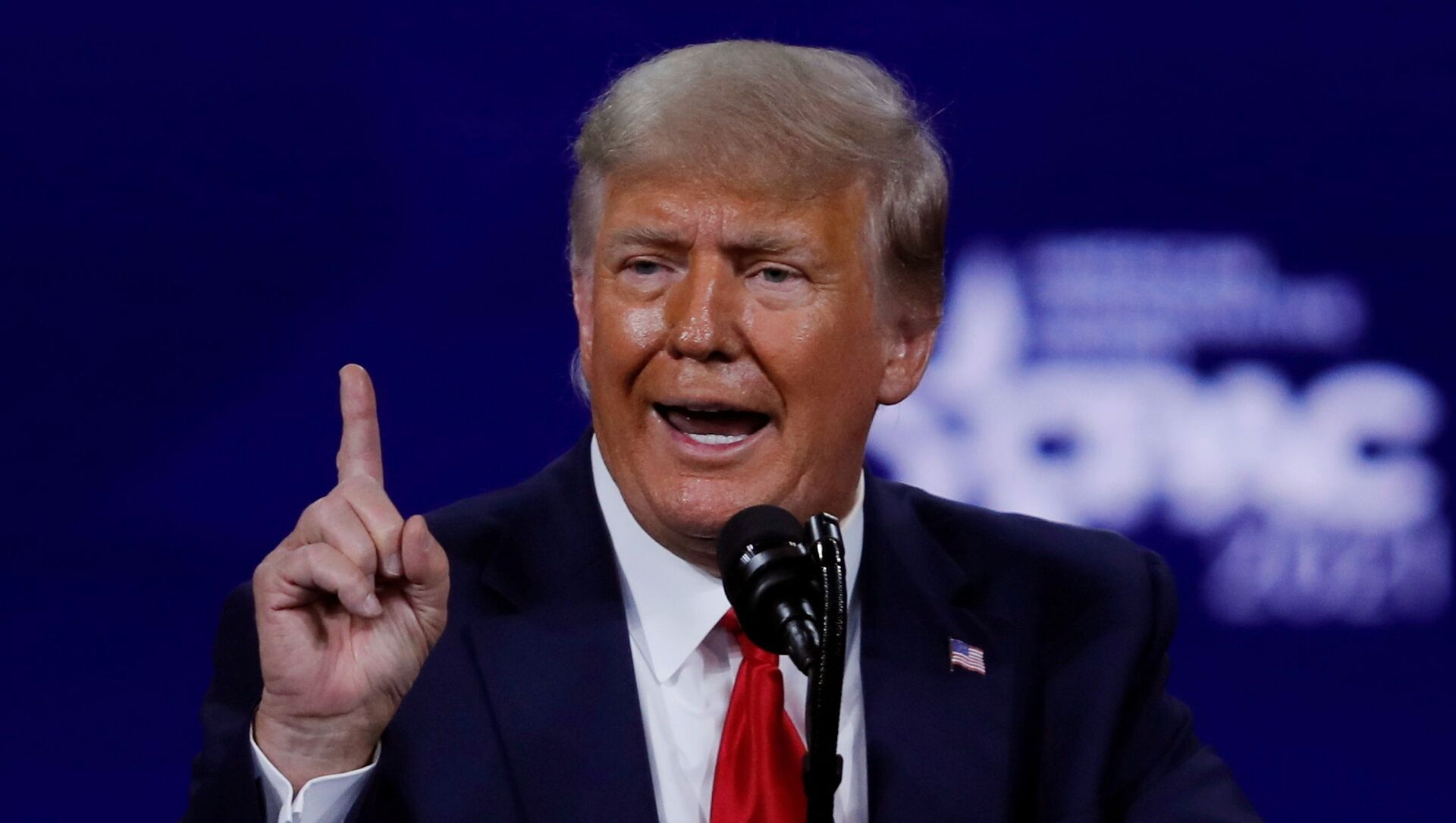 Aleksandra Serebriakova
Moscow-based Sputnik correspondent specializing in foreign affairs.
All materialsWrite to the author
Arizona’s Maricopa County is currently conducting an audit into the 2020 election vote that put Joe Biden ahead of Donald Trump with over 45,000 votes in the territory in November 2020. The move is opposed by the GOP-dominated Maricopa Board of Supervisors and is described by the body as a “sham.”

Former US President Donald Trump is not happy with some of his fellow Republicans who have stayed silent on an ongoing Maricopa County audit. In an interview with the One America News Network, the social media pariah slammed some of his own party members as “weak” and “stupid” for failing to address what he considers an important issue.

According to the former US commander-in-chief, “the Republican voter wants the story. The weak Republican politician doesn’t want to talk about this story.”

Who is Not Happy About the Audit?

RINO is an acronym usually applied to GOP party members who are deemed by some as being "controversial", including Rep. Liz Cheney, who recently lost her position as chair of the Republican Conference over her ongoing criticisms of the party’s acclaimed star: Donald Trump.

The post was overtaken by Rep. Elise Stefanik, a public defender of the Maricopa County audit, which has already pointed out a number of troubling conclusions, including that there were "apparent omissions, inconsistencies, and anomalies" in relation to the county's handling, organisation, and storage of ballots, according to Arizona Senate auditors.

But the recount was not welcomed by the Maricopa Board of Supervisors which said it would not help the senators with a “sham” and “con” of an audit, dubbing it a “spectacle that is harming all of us.” Arizona Secretary of State Katie Hobbs added that the voting equipment should now be changed in the county amid “grave concerns regarding the security and integrity” of the machines after they were turned out to a private contractor for an audit process.

But Arizona Senate President Karen Fann maintains that the audit of the 2020 November vote that has saw its first Republican loss in 20 years should proceed, to “get our questions answered”.

Trump has unsuccessfully pushed for recounts across the US since it was confirmed that Joe Biden had outstripped him, both in the popular and in the Electoral College vote, after Americans cast their ballots on 3 November, 2020. Trump’s baseless claims of election fraud have put his supporters in an uneasy position. The deadly 6 January storming of the Capitol building, as lawmakers were about to certify Joe Biden’s win, is mostly blamed on Trump’s “inflammatory” rhetoric. The former president was impeached a second time by the US House of Representatives, the final episode for “incitement to insurrection", and was subsequently blocked by social media giants including Facebook and Twitter. Trump, who denies the accusations, was acquitted by the US Senate shortly after.