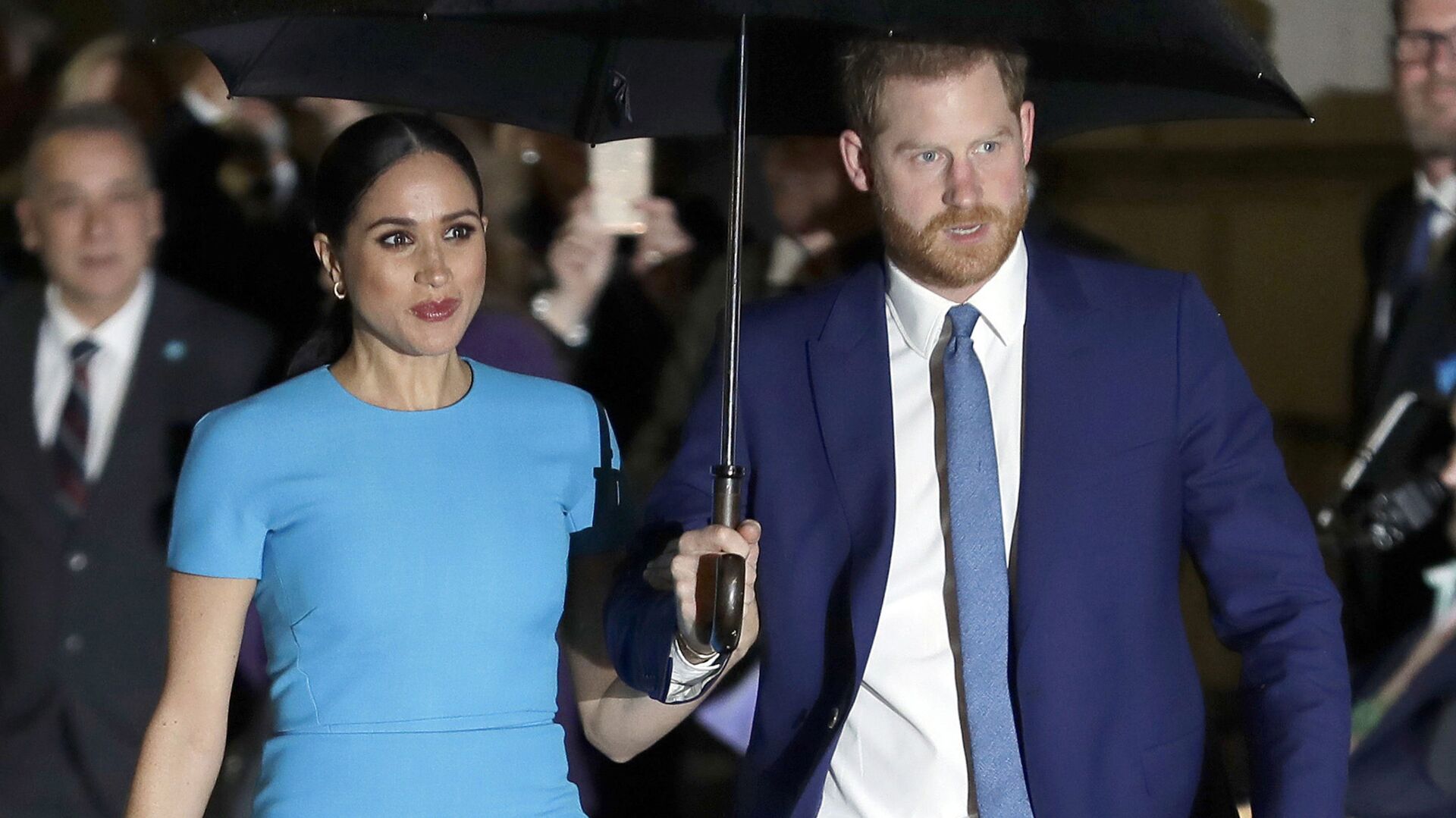 Oleg Burunov
All materialsWrite to the author
The new revelations by the Duke of Sussex come shortly after an independent inquiry found that BBC journalist Martin Bashir used "deceitful behaviour" in a bid to secure a scandalous interview with Princess Diana in 1995.

In a new documentary series released on Monday, Prince Harry claimed that he and his wife Meghan Markle were "followed, photographed, chased and harassed" just days after their relationship became public.

The grandson of Britain's Queen Elizabeth II collaborated with renowned talk show host Oprah Winfrey for the Apple TV+ series entitled “The Me You Can’t See”, devoted to issues of mental health. 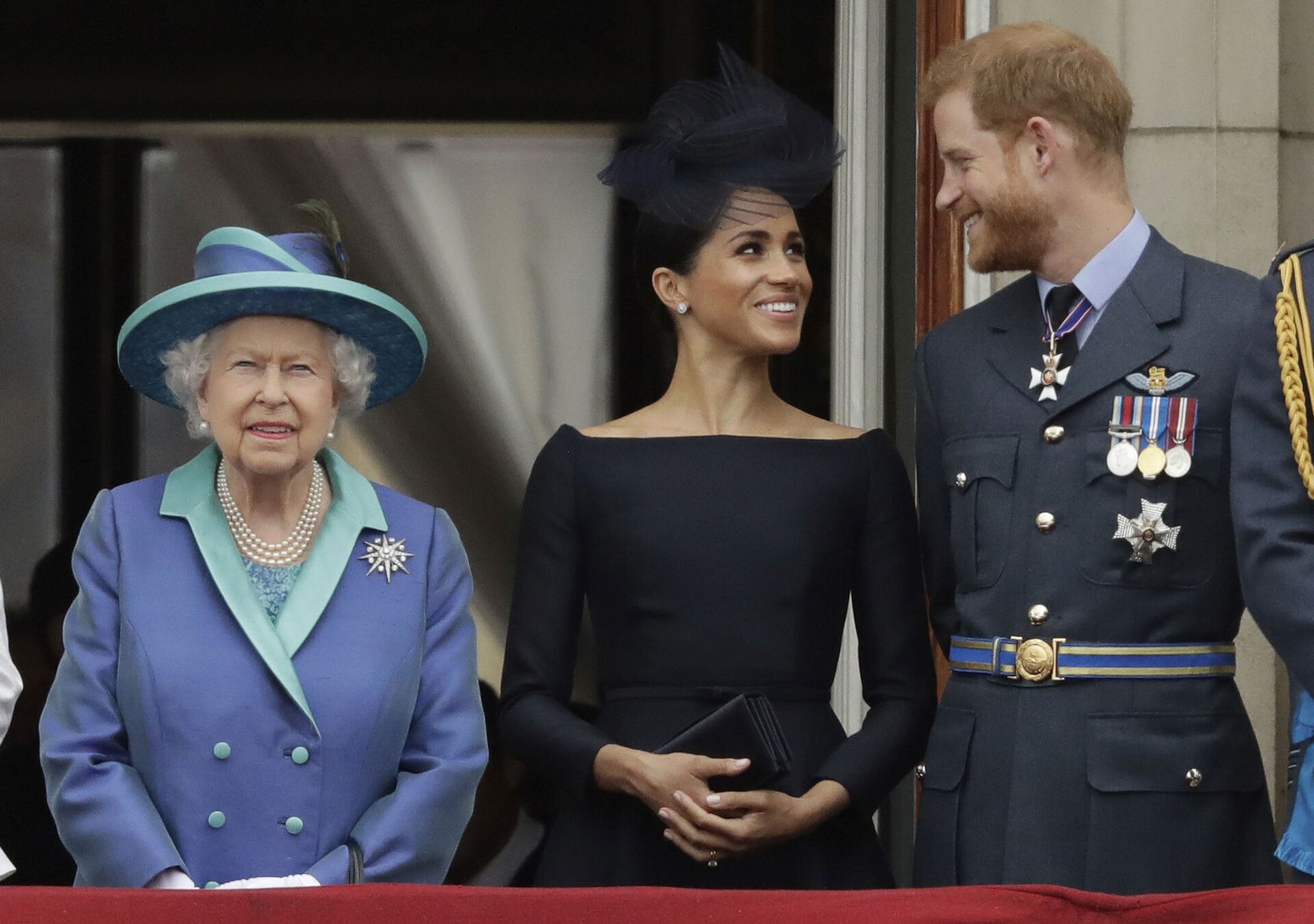 Speaking to Winfrey, the Duke of Sussex accused the Royal Family of giving him little support as he and Meghan were attacked on social media and in a number of newspapers, something that led to him to go through a drinking and drug phase in his 30s.

“I felt completely helpless. I thought my family would help - but every single ask, request, warning, whatever it is, just got met with total silence or total neglect. We spent four years trying to make it work. We did everything that we possibly could to stay there and carry on doing the role and doing the job”, he asserted.

Harry spoke mere hours after the publication of an independent inquiry that found that BBC journalist Martin Bashir had used falsified documents to obtain an explosive 1995 interview with Princess Diana, the mother of Harry and his elder brother William, in which the Princess of Wales detailed her troubled marriage to Prince Charles.

Duke of Sussex Reveals Why He Dislikes ‘Clicking of Cameras’

The Duke of Sussex touched upon the topic during his sit-down with Oprah, arguing that his family did not speak about the death of his mother and apparently expected him to tackle press attention and mental troubles.

“My father used to say to me when I was younger, he used to say to both William and I, 'Well it was like that for me so it's going to be like that for you'. That doesn't make sense. Just because you suffered doesn't mean that your kids have to suffer, in fact quite the opposite - if you suffered, do everything you can to make sure that whatever negative experiences you had, that you can make it right for your kids”, the 36-year-old pointed out.

He admitted in this regard that “the clicking” and “the flashing” of cameras “makes his blood boil”, and it also makes him angry and takes him back to what happened to his mother and his experience as a kid. 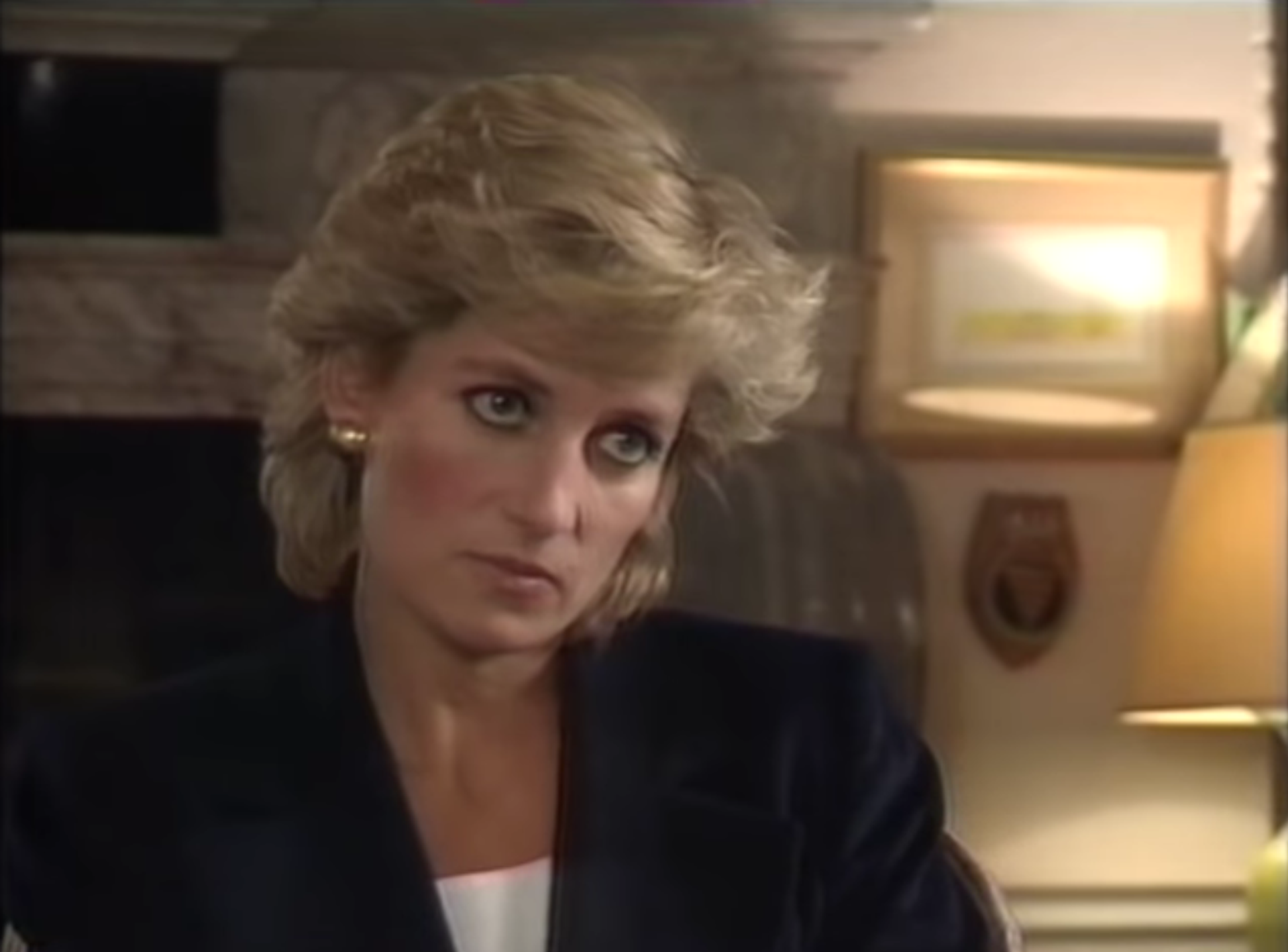 Diana, Princess of Wales in the 20 November 1995 interview for the BBC's "Panorama"
© Sputnik Screenshot

Describing Princess Diana’s funeral, Harry said that it was like he was outside of his body and “just walking along doing what was expected of me - showing one-tenth of the emotion that everybody else was showing”.

“I was so angry with what happened to her, and the fact that there was no justice at all. Nothing came from that. The same people that chased her into the tunnel photographed her dying on the backseat of that car”, the duke added.

Princess Diana died in a car crash in Paris in 1997 as her driver unsuccessfully tried to speed away from paparazzi photographers following the vehicle.

In the Friday interview, Harry also detailed his experience with therapy, insisting that it has "equipped” him “to be able to take on anything" and especially helped him cope with the death of his mother when he was 12.

“I'm now more comfortable in my own skin. I don’t get panic attacks. I've learned more about myself in the past four years than in the 32 years before it”, he underscored.

The duke also said that being with Meghan helped him realise the importance of mental health, adding, “I knew that if I didn't do the therapy and fix myself that I was going to lose this woman who I could see spending the rest of my life with”. 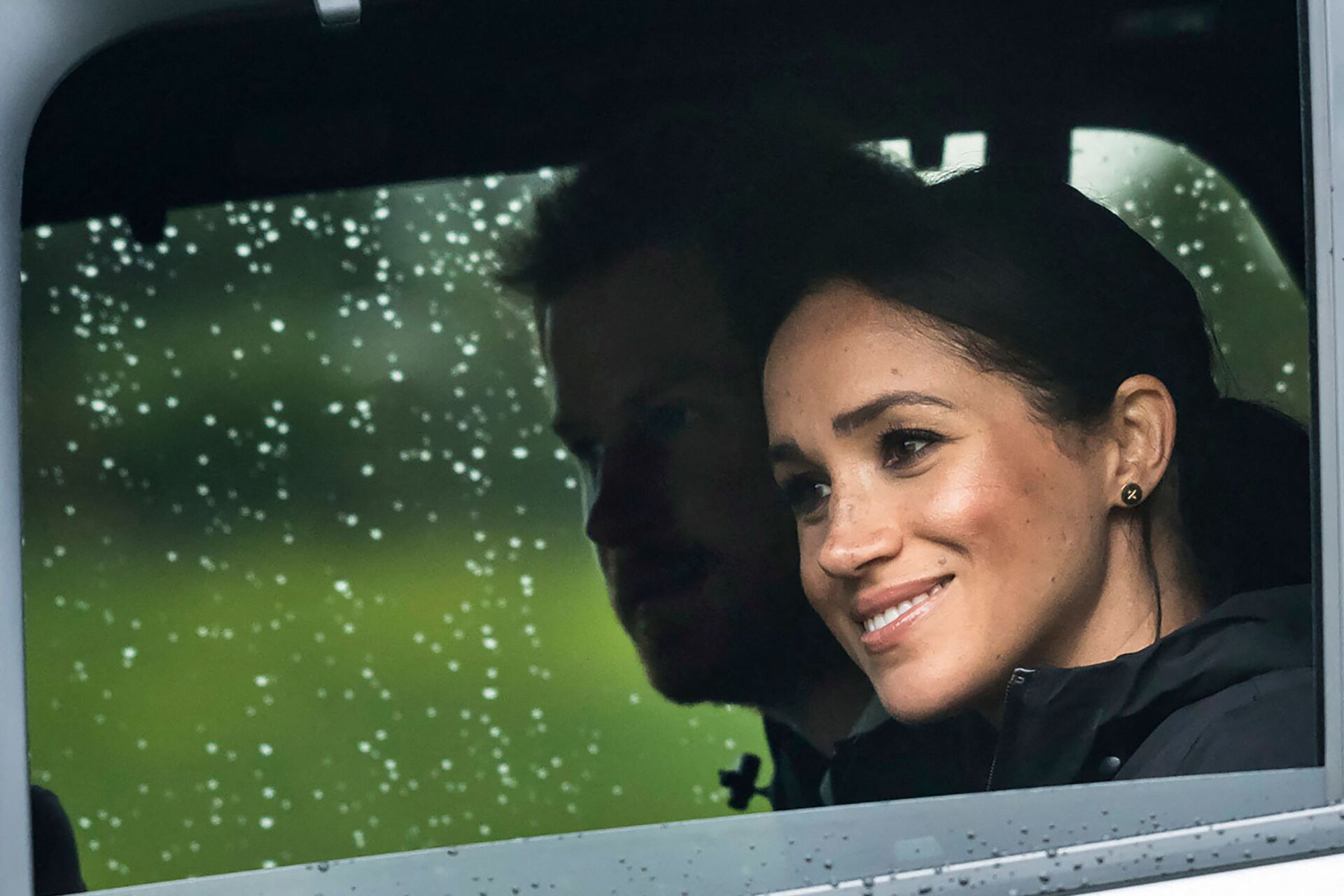 (FILES) In this file photo Britain's Prince Harry and his wife Meghan, Duchess of Sussex arrive for the unveiling of a plaque dedicating 20 hectares of native bush to the Queen's Commonwealth Canopy project at The North Shore Riding Club in Auckland on October 30, 2018
© AFP 2022 / STR

Both Harry and his wife revealed their mental struggles in the CBS interview in March 2021, with Meghan asserting that she had suicidal thoughts in 2019.

During the Friday sit-down, the grandson of Queen Elizabeth II, in turn, argued that his family tried to prevent him and Meghan from going to the US when she claimed she was suicidal. In January 2020, the couple announced that they would quit frontline royal duties, then relocating to California

According to Harry, his family's inability to help Meghan was “one of the main reasons for leaving”.

“Eventually when I made that decision for my family, I was still told, ‘You can’t do this’. And it’s like, ‘Well how bad does it have to get until I am allowed to do this?’ She [Markle] was going to end her life. It shouldn’t have to get to that”, Harry said.

Meghan and Harry's 'Epic Love Story Won't Have Happy Ending', TV Presenter Warns
The duke added that the run-up to the couple's CBS interview with Oprah had taken its toll due to “the combined effort of ‘the firm’ and the media to smear” Meghan.

“I was woken up in the middle of the night to her crying in her pillow because she doesn't want to wake me up because I'm carrying too much. That's heartbreaking. I held her. We talked. She cried, she cried, she cried”, he said, adding that he has no regrets about moving to the US.

‘History Repeating Itself’, Harry Says as He Pays Tribute to His Mother

The duke also argued that the way his spouse was feeling reminded him of Princess Diana’s final days.

“History was repeating itself. My mother was chased to her death while she was in a relationship with someone who wasn’t white. And now look what’s happened. It’s incredibly triggering to potentially lose another woman in my life. Like, the list is growing. And it all comes back to the same people, the same business model, the same industry”, Harry noted.

He added that “there was a lot of learning right at the beginning” of his relationship with Meghan, who “was shocked to be coming backstage of the institution - of the British Royal Family”.