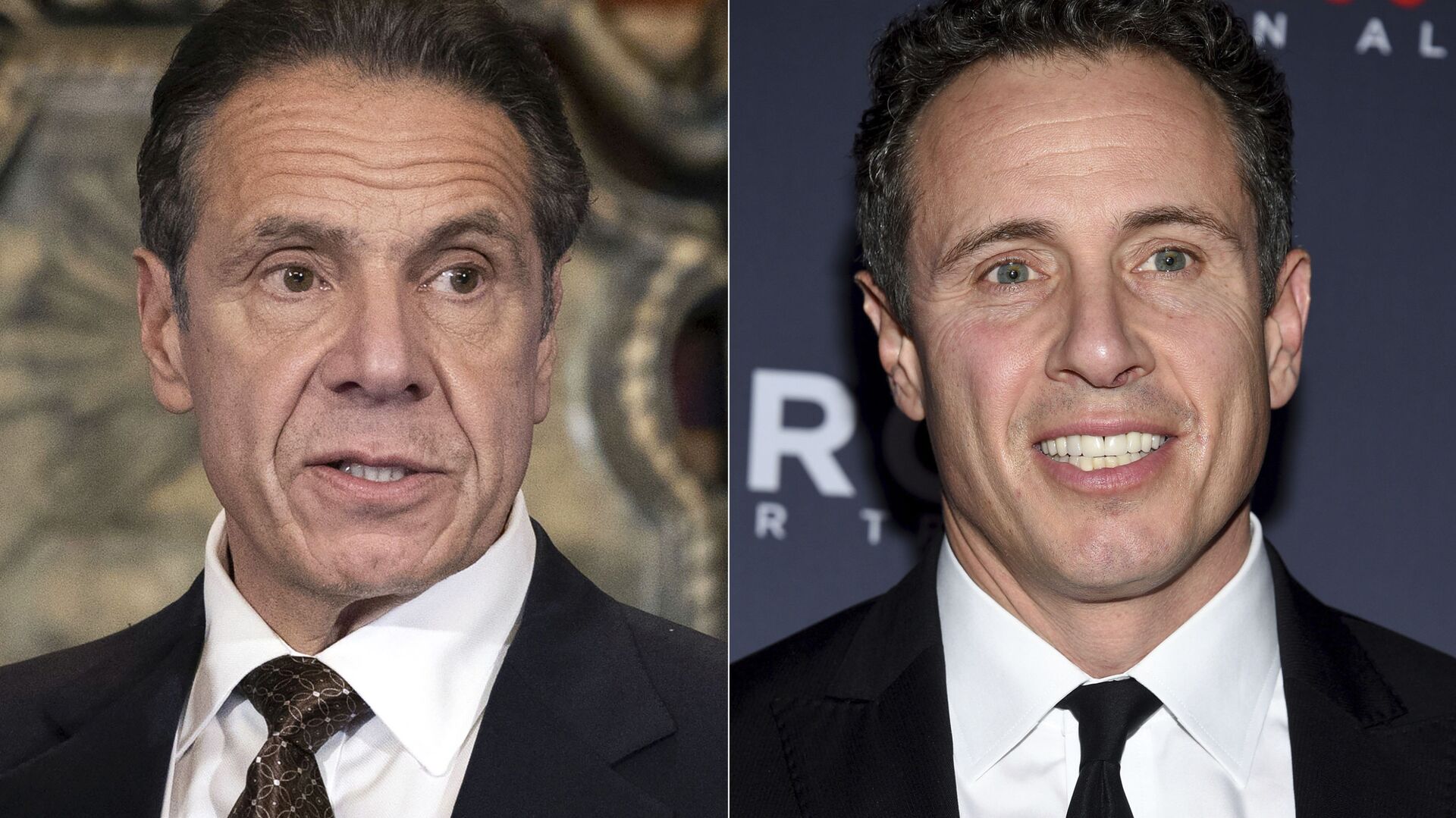 Chris Cuomo, host of CNN's "Cuomo Prime Time," joined brother Andrew Cuomo and several of the governor's staffers on a series of phone conferences regarding mounting allegations of sexual misconduct, according to a Thursday report in the Washington Post.

Citing "four people familiar with the discussions," the outlet detailed the conversations in question took place near the top of the year, following allegations of sexual harassment first presented by Lindsey Boylan in December 2020.

Boylan, a 36-year-old, former aide to the NY governor, has claimed that Cuomo "sexually harassed me for years" and kissed her "on the lips" after a meeting.

Governor Cuomo, as well as his top aide, communications team, attorneys, and a number of advisers, were reportedly on the conference calls with the CNN anchor.

Chris Cuomo allegedly advised his brother to not resign, and, at one point, called out "cancel culture" as a reason to oppose the mounting allegations, according to the Post.

CNN has come out in defense of their employee, but did acknowledge that "it was inappropriate to engage in conversations that included members of the Governor’s staff, which Chris acknowledges."

"Chris has not been involved in CNN’s extensive coverage of the allegations against Governor Cuomo — on air or behind the scenes," CNN said in a statement provided to the outlet. "In part because, as he has said on his show, he could never be objective. But also because he often serves as a sounding board for his brother."

The cable network also expressed it will not reprimand Chris Cuomo.

Indeed, the CNN anchor announced back in March that he "obviously" could not be objective when it comes to covering his brother.

>> @ChrisCuomo at the top of @CuomoPrimeTime tonight: "Obviously I am aware of what is going on with my brother. And obviously I cannot cover it because he is my brother. Now, of course CNN has to cover it. They have covered it extensively and they will continue to do so." pic.twitter.com/G49mZYTG4D

Within the past week, it has been revealed that the NY Attorney General James' office has issued a subpoena to at least four former aides of Cuomo, calling on them to deliver sworn testimonies following their respective misconduct allegations against the governor.