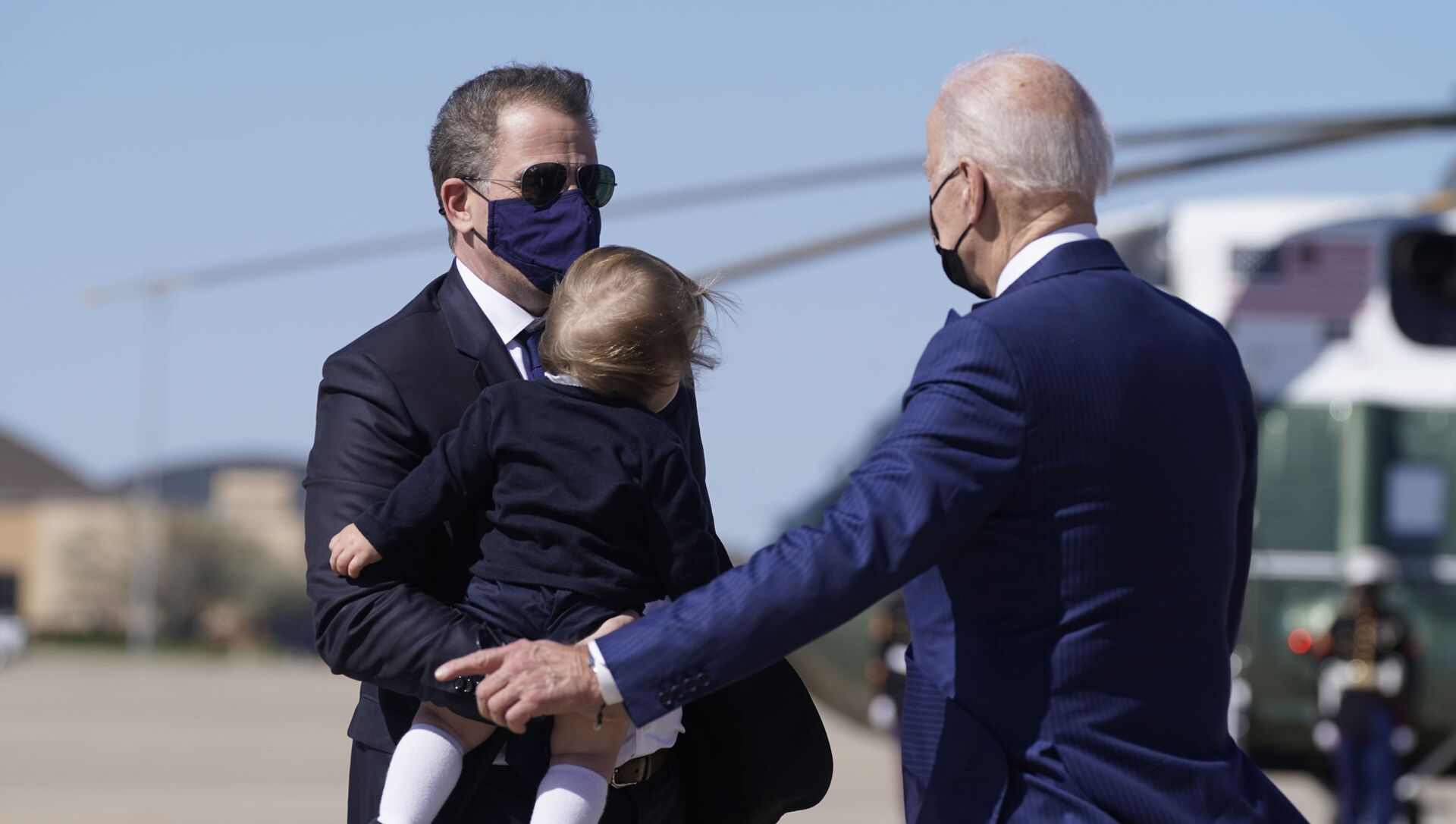 Joe Biden's White House predecessor and 2020 election rival, Donald Trump, was widely dismissed as a novelty candidate before his surprise election in 2016, partly due to his own previous career as a reality TV star on The Apprentice.

US President Joe Biden's second-eldest son, Hunter Biden, was said to have tried to rope his father and mother, Jill Biden, into making a Kardashian-style reality TV show about their lives.

That's according to a new hagiography of the president by liberal magazine The Atlantic writer Edward-Isaac Dovere, entitled Battle for the Soul: Inside the Democrats' Campaigns to Defeat Trump.

Hunter Biden and his wife, Melissa Cohen, "spent the summer of 2019 in meetings with producers about a hazy concept they had for a reality TV show to highlight his charity work, which he said would also help soften his father's image," Dovere claims.

When one producer questioned whether the elder Biden approved such an unlikely request, Hunter Biden replied: "I know where the line is. And my dad is understanding of what I am up to."

Hunter Biden’s Secretary Reportedly Sent Him Flirty Emails
Biden's predecessor and 2020 election rival, Donald Trump, was widely dismissed as a novelty candidate before his election in 2016, partly due to his own stint as a reality TV star on The Apprentice.

The book also claims that the Biden campaign had a media "ecosystem" prepared to suppress the purported scandal over Hunter Biden's alleged abandoned 'Laptop From Hell' a year before it broke — beginning with Trump's first impeachment over the latter's attempts to investigate Joe Biden over Biden's alleged pressure on Ukraine to drop a probe into Hunter's employer, energy firm Burisma.

One Biden aide reportedly said of the laptop story: "We were able to put it in a box and have the media treat it like it deserved to be treated — which was like a conspiracy theory, and not like it was Clinton's emails or the crazy parade of accusers at the St. Louis debate."

"We had been preparing the whole ecosystem to respond to some crazy Trump October surprise. And it responded responsibly. That doesn't happen by accident. This all stems from the way we responded on Ukraine."