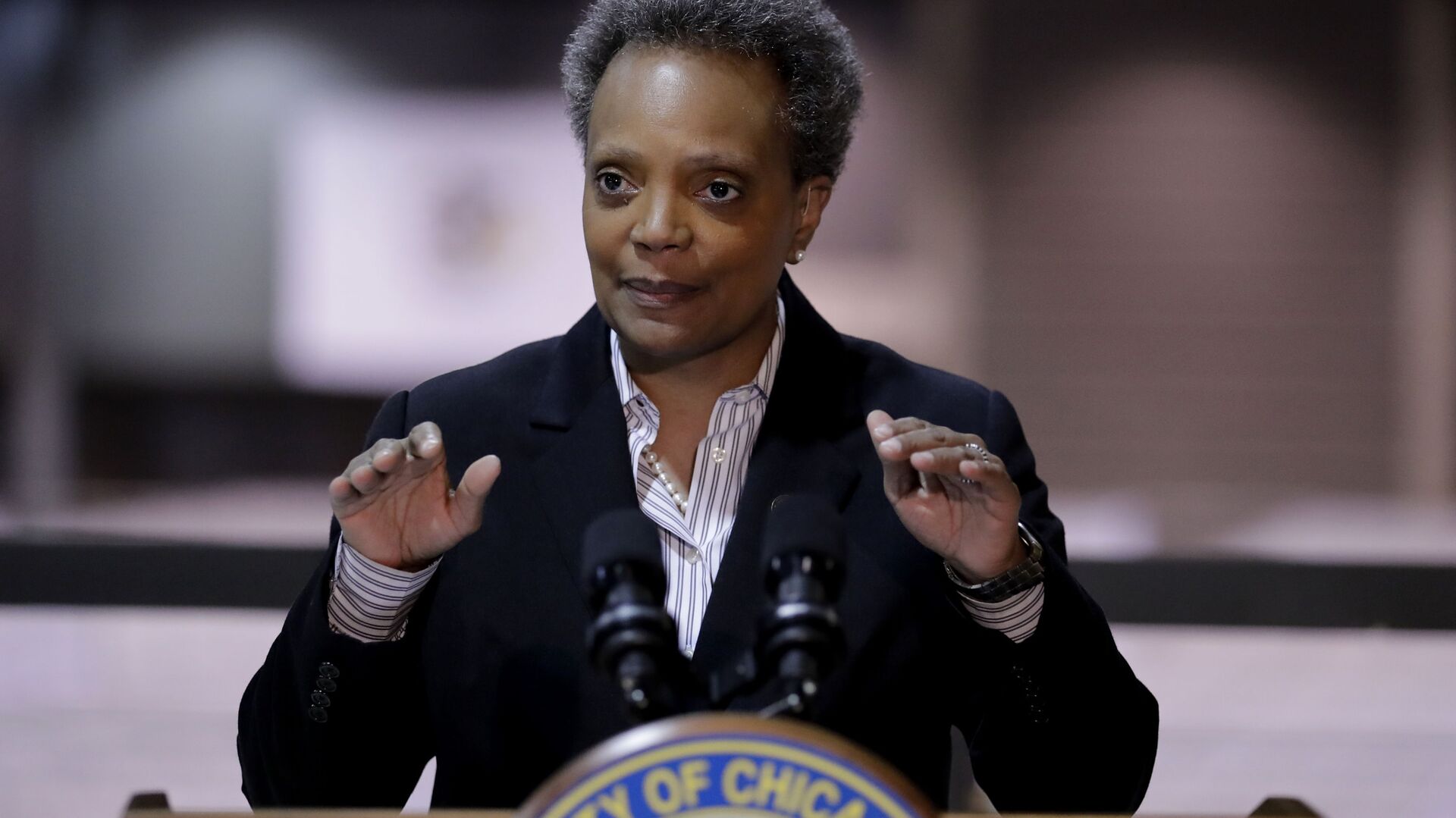 © AP Photo / Nam Y. Huh
Subscribe
International
India
Africa
Evan Craighead
All materialsWrite to the author
Chicago Mayor Lori Lightfoot announced this week that she would be prioritizing journalists of color for interviews on her two-year inaugural anniversary. Though Lightfoot, who is black, has argued that her decision is rooted in the promotion of diversity in the press corps, she has received pushback from various individuals and entities.

Responding to Lightfoot's decision, the National Association of Black Journalists (NABJ) both applauded and disagreed with the Chicago mayor.

"While her social media posts and subsequent letter have been eyebrow-raising to some, it shines a needed spotlight on the call for a greater commitment to diversity, equity and inclusion across the media industry," the organization detailed in a statement.

However, the NABJ went on to highlight that, due to its history of advocacy, it could not support "excluding any bona fide journalists from one-on-one interviews with newsmakers, even if it is for one day and in support of activism."

Lightfoot's May 19 issuance detailed that "Black and Brown community leaders" have consistently reached out to her regarding the "implicit -- or explicit -- bias" in local news media.

This is exactly why I'm being intentional about prioritizing media requests from POC reporters on the occasion of the two-year anniversary of my inauguration as mayor of this great city.

She also called on media outlets to hire reporters of color -- "especially women of color" -- to cover politics in Chicago.

"If you only have a white reporter covering City Hall, make sure there's a person of color working with them as well," she said.

However, the allowance of so-called "Black and Brown" journalists to conduct interviews presents a gray area, as it is unclear if Lightfoot would accept an interview from a white Latino journalist, or a white journalist who is also Hispanic.

Mary Ahern, a longtime NBC News reporter in Chicago, confirmed the move to The Hill earlier this week.

"Absolutely, they told me only Black and brown journalists are getting one-on-one interviews," she told the outlet. The politics reporter emphasized that if Lightfoot continued a race-based interview policy, the local NBC outlet would simply not send a reporter.

"Maybe City Hall and others should do something like sponsor scholarships for Black and brown journalists," she suggested.

"Mayor Lightfoot's blatant anti-white racism is abhorrent. I call upon President Biden, Kamala Harris, and other leaders of our county—of all races—to join me in calling for Mayor Lightfoot's resignation," Gabbard tweeted. "Our leaders must condemn all racism, including anti-white."

Gabbard was also the representative for Hawaii's 2nd congressional district from 2013 to 2021.