Video: Joe Biden Lashes Out at Cadets Who Don't Laugh at Joke He Took From Ronald Reagan 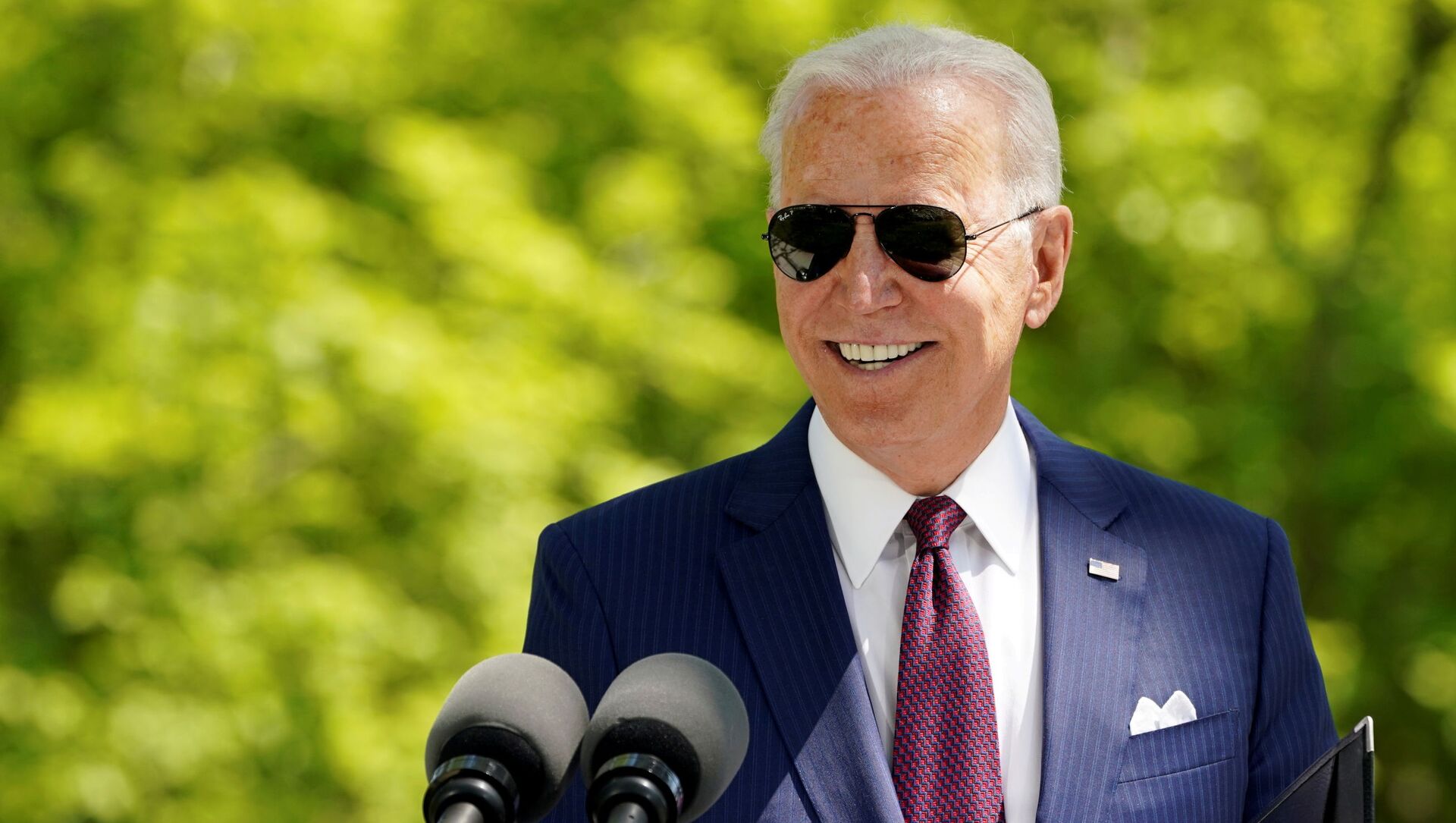 Max Gorbachev
All materialsWrite to the author
This comes a few days after the Democrat was criticised for making what many considered an inappropriate joke to a female reporter who had asked POTUS to comment on the ongoing hostilities between Israel and Palestine. Biden said he would answer the question only if the woman would get in front of his car as he steps on the gas pedal.

A video of US President Joe Biden joking in front of Coast Guard cadets has gone viral. When speaking before the 2021 graduating class, the 78-year-old made a quip that was previously said by Ronald Reagan in 1988 to Coast Guard cadets. However, unlike Reagan, Biden failed to impress his audience, which remained silent after the joke.

The Democrat apparently decided that the best defence is offence and called the cadets "a really dull class".

​Social media users were also unimpressed by the president’s performance…

Quintessential Biden. He tries so hard to be seen as witty, tough, cool, etc. and just ends up looking like a floundering fool.

​Many accused him of plagiarism and poor delivery.

Biden with another round of plagiarism that fails miserably.

Screw up the delivery and follows it up by insulting them... nice

​However, there were also those who defended the president and said that he didn’t steal the joke.

To be fair, he says “quote” before the line. He’s literally quoting. He’s not stealing the line.#l
It’s his flubbing and angry-comedian-whose-audience-isn’t-laughing that’s sad.

also, guys, i wouldn’t say the joke is plagiarized. Reagan said he heard it from a Coastie. Dick Cheney also told the joke in 2008. It’s an old bit.

​Incidentally, the issue of plagiarism has haunted the Democrat over the years. In 1987, he admitted to plagiarising a brief when he studied at law school. During his first presidential campaign in 1988, he copied a speech of British politician Neil Kinnock, who served as a UK MP and leader of the opposition between 1970 and 1995. Biden left colleagues and voters bewildered when he claimed to have been a coal miner, apparently mixing himself up with Kinnock’s father in Wales, who had worked in the mines there.

Back then, the Democrat said that the accusations against him were "much ado about nothing".