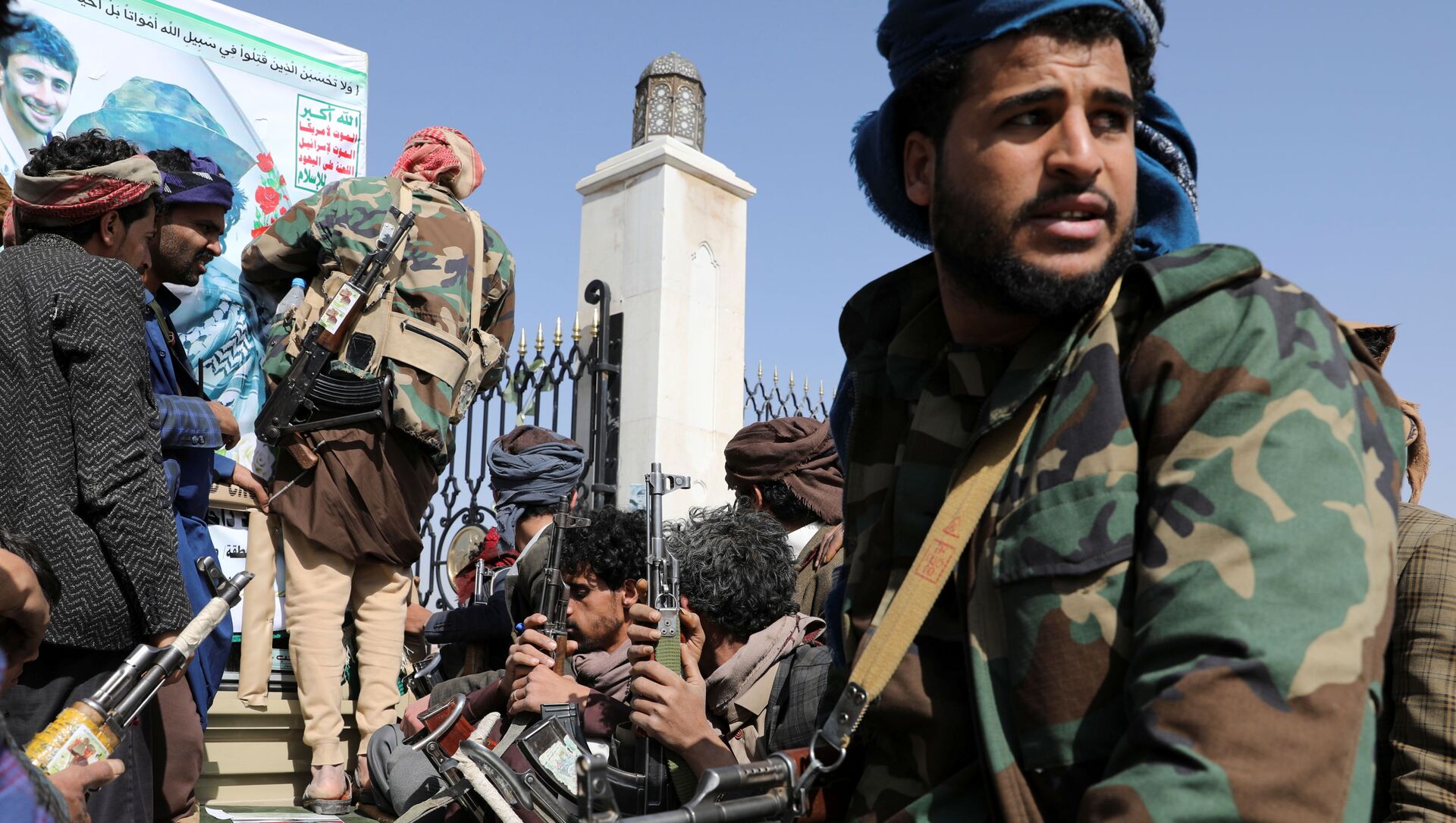 Tim Korso
All materials
The sanctions follow an escalation in the conflict in the civil war-torn Yemeni province of Marib. Houthi fighters recently initiated an offensive in the region known as the last stronghold of the rival Saudi-backed Yemen government in the country's north.

US Special Envoy for Yemen Tim Lenderking has announced that Washington will be imposing sanctions on two Houthi military leaders involved in the group's ongoing offensive in Marib Province.

Lenderking elaborated that the Houthi's actions in the region threaten the lives of over 1 million people and that the offensive "is not going anywhere".

"The US today will be imposing sanctions on Mohammed Abdul Khalif Al-Khamani, the head of the general staff of the Houthi militia forces, who was leading of the Houhti offensive in Marib, and also Youssef Al-Madani, a prominent leader of the Houthi forces in the military zone, which includes Hodeidah", the envoy said.

The special envoy has recently been pushing for a ceasefire agreement between the warring sides in Marib and urged to lift the blockade of Yemeni ports and airports to allow for deliveries of humanitarian aid. On 19 May, the UN Security Council also called for an immediate ceasefire in Marib, which has long served as a safe haven for displaced persons fleeing the civil war since it erupted in 2015.

On 7 February 2021, the Houthis launched an offensive on the gas-rich Marib, which remains the last major stronghold in the north of the forces of Yemeni government of Abdrabbuh Mansur Hadi. The latter was pushed out of the capital of Sanaa at the onset of the Houthi rebellion in September 2014 that gave rise to the civil war and which tears the country apart to this day.

The Yemeni government loyal to Hadi fled to the city of Aden. Saudi Arabia formed a military coalition to support the government and help it return control over the country. The coalition waged campaign in Yemen without the UN Security Council's authorisation for five years, but so far has achieved limited success in defeating the Houthis.