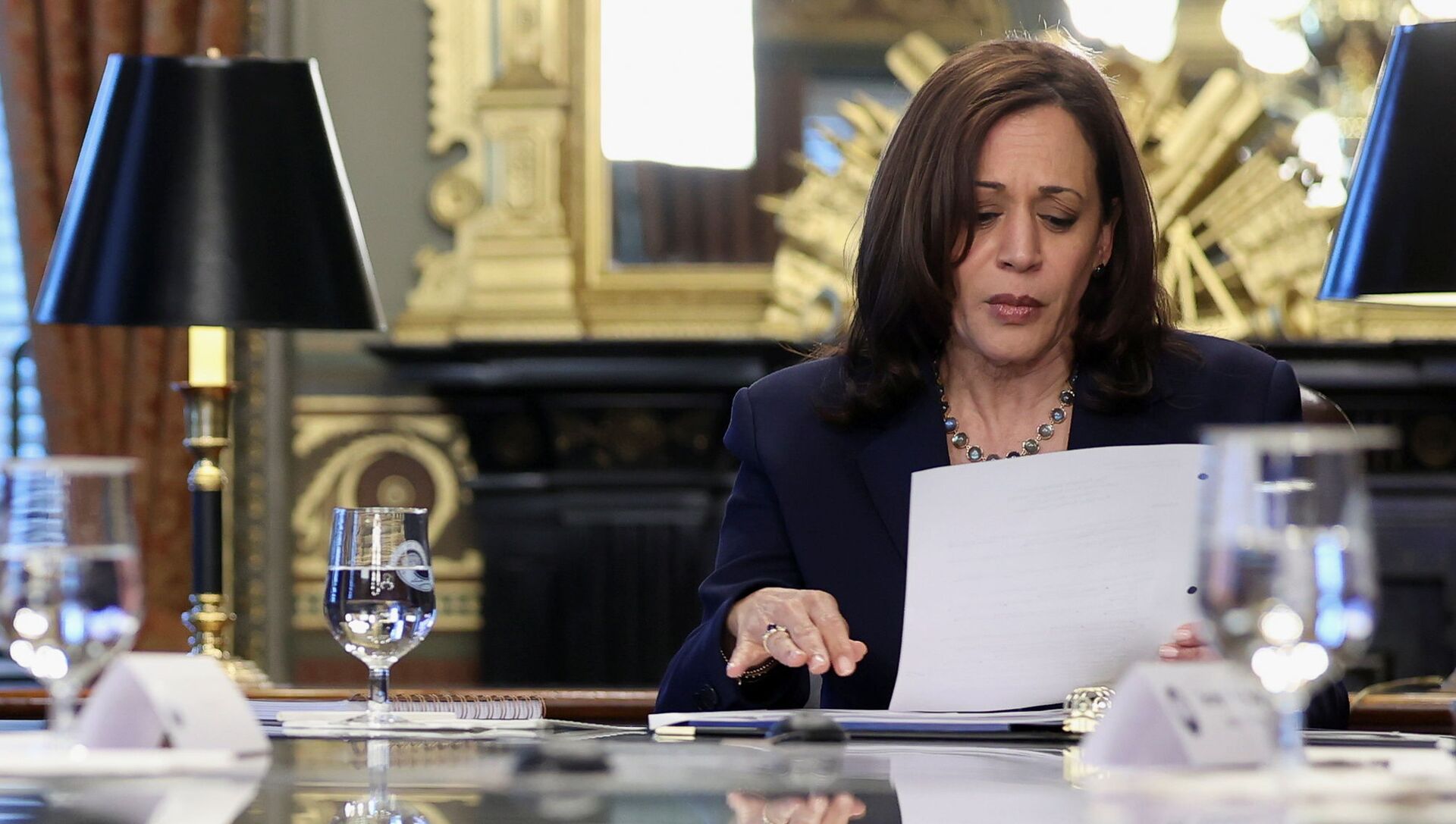 © REUTERS / JONATHAN ERNST
Subscribe
International
India
Africa
A financial trust set up by US Vice President Kamala Harris and her husband, Doug Emhoff, is shrouded in secrecy, but is known to have held their $5 million Bay Area mansion, and $800,000 San Francisco apartment and a $2 million condominium in Washington DC.

US Vice-President Kamala Harris has broken an election pledge by hiding her wealth in a tax-avoiding family trust.

Harris' financial disclosure form, released on Monday, shows that she is a trustee of the KDH/DCE family trust — for her and her husband Doug Emhoff's initials — since 2017.

That goes against Harris' and US President Joe Biden's campaign promise to "eliminate the trust loophole in existing financial disclosure law" and ban public officials from placing their assets in family trusts.

"Candidates and public officials often transfer assets into trusts controlled by family members or close friends, and then disclose just the existence of the trust rather than the assets it holds," the campaign pledge reads. "This loophole has allowed many senior officials — including President Trump — to avoid disclosing significant financial interests."

The trust assets are "not reportable" according to the declaration, meaning the extent of Harris and so-called 'second gentleman' Emhoff's wealth — and possible tax avoidance — is unknown.

Other public sources reveal some details of the pair's property portfolio. Washington DC property records show the couple bought a luxury condominium near the capital's Georgetown district in 2017 — the year Harris was elected to the US Senate for California. That home is now on the market with an asking price of close to $2 million.

World
Harris Urges Central America to Tackle ‘Root Causes’ of Migration as Mexico Accuses US of Meddling
San Francisco city records show that the KDH/DCE trust held another condo bought by Harris for the equivalent of £489,000 in 2004, when she was elected California Attorney General, until it was sold in March for an estimated $860,000.

Emhoff's mansion in nearby Brentwood, California, was transferred into the trust when two lawyers lawyers married in 2014. The house cost Emhoff $2.7 million in 2012, but its estimated value is now almost twice that, at $5.2 million.

Harris' recently-released tax documents show that she and Emhoff had a joint gross income of $1,695,225 last year — almost 25 times the median for US household earnings. In contrast, Biden and his wife, Jill, reported an income of $607,336.

The office of the vice-president did not respond to a Fox News request for comment.

Family and living trusts allow married couples to maximise their federal estate tax exemptions. They are touted as ideal for families wealthy enough to own property in more than one US state.