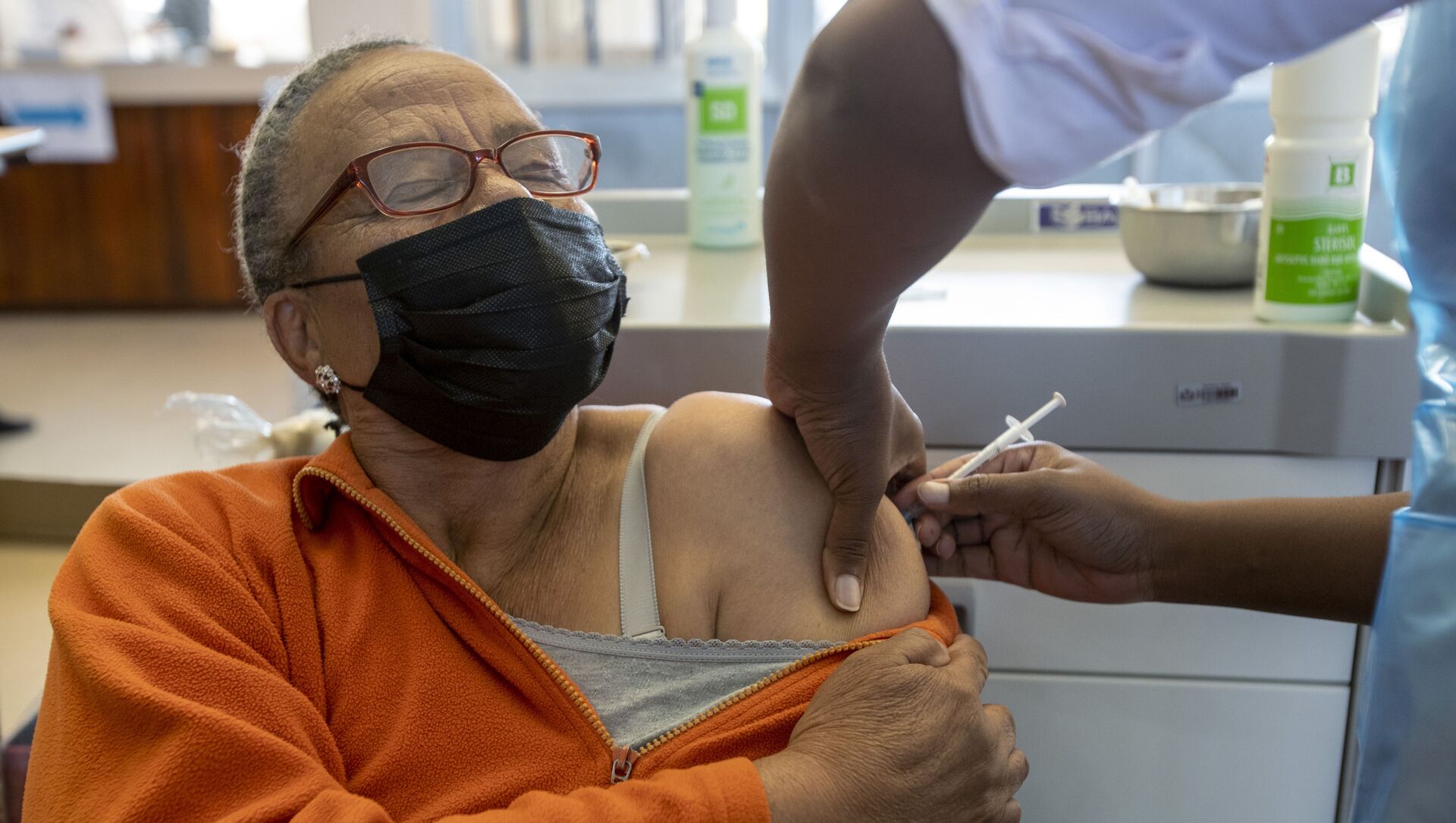 Morgan Artyukhina
All materialsWrite to the author
World Health Organization Director-General Tedros Adhanom Ghebreyesus has warned of the dangers posed by the “shocking imbalance” in vaccination rates between richer and poorer nations, and the United Nations has warned that if it persists, COVID-19 could persist in the world’s poorest nations until 2024.

During an open debate on African affairs at the UN Security Council on Wednesday, permanent member China urged other states to ensure the “accessibility and affordability of vaccines” on the continent. According to the UN, just 2% of Africans have received a COVID-19 vaccine, while in the United States that number is 48%.

In comments in a virtual UNSC meeting Wednesday, Chinese Foreign Minister Wang Yi told the 15-member body that “no country in the world should become a weak link in the fight against the pandemic,” urging them to “help Africa bridge the ‘pandemic divide’ by providing “more assistance for Africa in terms of pandemic prevention materials, medicines, technology and funding to ensure the accessibility and affordability of vaccines.”

Wang noted that helping Africa overcome the pandemic could not simply be reduced to donating vaccines, but that it must be accompanied by African-led initiatives for peace and development, including technology transfer and debt relief by richer nations. However, he also noted that China has provided vaccines to 40 of the continent’s 54 nations at “favorable prices.”

According to the South China Morning Post, African nations have ordered roughly 33 million vaccine shots from China, with Beijing donating another 5.45 million, most of which were Sinovac and Sinopharm vaccines, the latter of which was recently approved by the World Health Organization for use in its COVAX needs-based distribution program.

Also speaking at the meeting, UN Secretary General Antonio Guterres noted that “Out of 1.4 billion doses administered around the world today, only 24 million have reached Africa - less than 2%.” He said that an “equitable and sustainable vaccine roll-out worldwide is the quickest path towards a fast and fair recovery.”

Wang also noted that “The international community should … stop vaccine protectionism and nationalism,” an oblique swipe at the handful of industrialized nations standing in the way of a waiver for the Trade Related Intellectual Property Rights (TRIPS) agreement by the World Trade Organization which would pave the way for manufacturing of cheap generic versions of COVID-19 vaccines, nearly all of which have been developed by pharmaceutical companies in Europe and North America.

In addition to the two Chinese vaccines, Russia’s Sputnik V is the other major COVID-19 vaccine supplied to African nations. Russia has offered 300 million shots to the African Union, and Algeria is slated to begin production of the two-dose vaccine for African distribution by September. Egyptian pharmaceutical company Vacsera has also signed deals to produce both Sputnik V and the SinoVac vaccine.

In addition to the Russian and Chinese vaccines, the major shot being sent to African nations has been AstraZeneca’s CoviVac vaccine. The African Union has procured 270 million of the Anglo-Swedish vaccine, which is mostly made in India, but the vaccine’s short shelf life of just two weeks has resulted in tragic wasting of shots.

On Tuesday, health authorities in Malawi announced they had destroyed 19,610 doses of expired AstraZeneca vaccine. According to Al Jazeera, the doses had arrived on March 26 as part of the AU-negotiated deal with the WHO, but they expired on April 13. Still, authorities got 80% of the shots distributed in that time.

“We are destroying publicly in order to stay accountable to Malawians. The vaccines that expired are not being used during the vaccination campaign,” Health Minister Khumbize Kandodo Chiponda said in a ceremony at Kamuzu Central Hospital in Lilongwe. “On behalf of the government, I assure all Malawians that no one will be given an expired COVID vaccine.”

On Tuesday, French President Emmanuel Macron hosted his own summit aimed at providing a “New Deal for Africa and by Africa” that would revamp the sluggish distribution process. Calling the present situation “both unfair and inefficient,” Macron called on the WHO, WTO and Medicines Patent Pool to drop “all these constraints in terms of intellectual property which blocks the production of certain types of vaccines.”

The administration of US President Joe Biden also recently signaled a shift in policy on vaccine patent waivers, bowing to persistent pressure by more than 80 nations led by India and South Africa, as well as by lawmakers in the US. Pharmaceutical giants like Pfizer and Moderna, both of which have produced COVID-19 vaccines, strongly oppose the waiver, and other billionaires such as Microsoft co-founder and CEO Bill Gates have similarly come out against the initiative.