Biden Commission: Will Dems Take Their Sweet Revenge on the GOP and 'Pack' US Supreme Court? 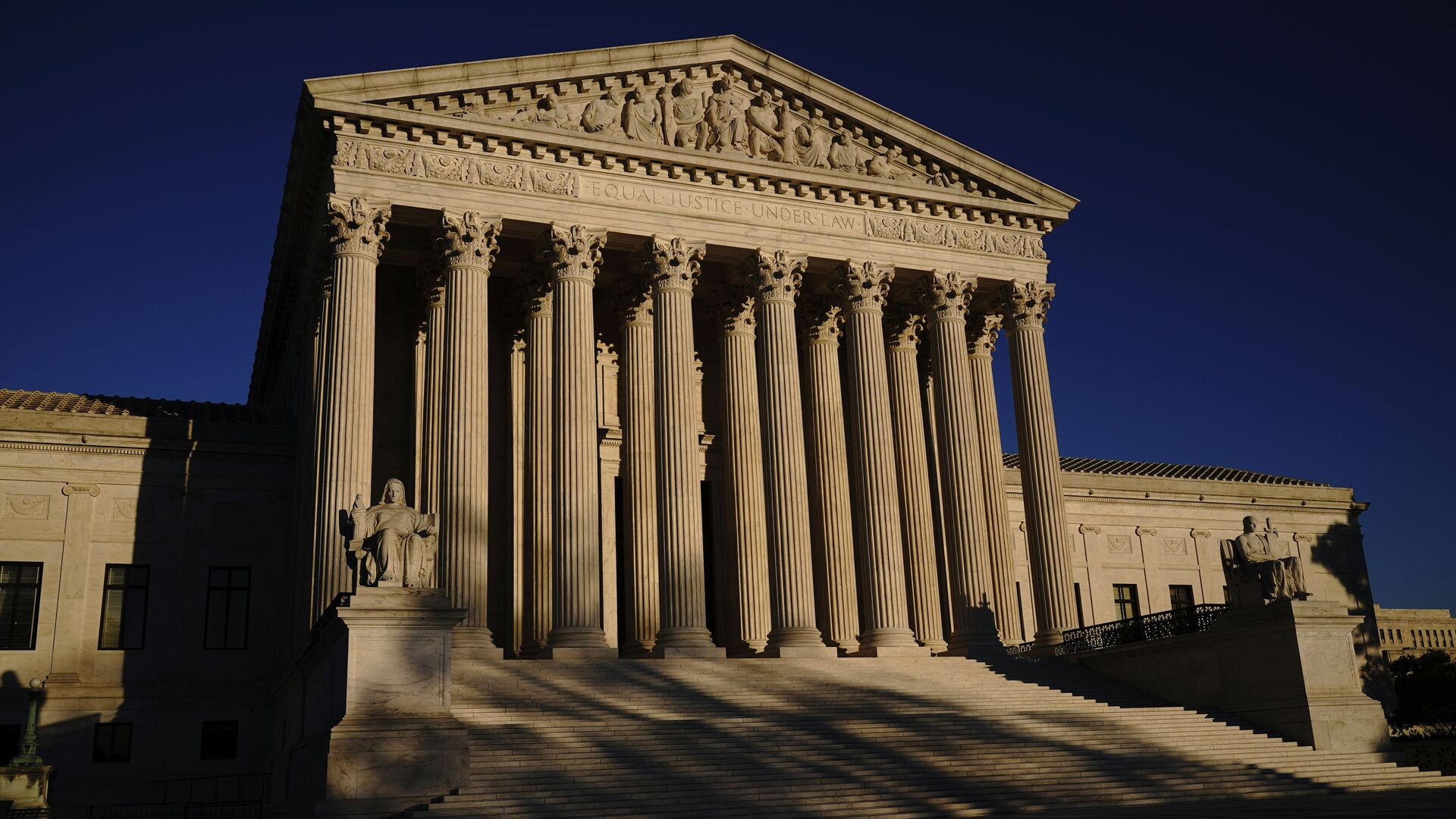 Ekaterina Blinova
All materialsWrite to the author
The Democrats have apparently become one step closer to implementing their "court-packing" plan, as Joe Biden's Supreme Court Commission kicked off a review of potential alterations to the nation's highest court. Will the Dems manage to upend the GOP's success in approving three of Donald Trump's conservative nominees?

On 19 May, Joe Biden's commission on the US Supreme Court met for the first time to study potential changes to the country's supreme judicial body. The 36-member commission, which brought together legal scholars, retired federal judges, and law professors, is due to issue a report to the president within 180 days.

"We're not charged with making specific recommendations but rather we are to provide an evaluation of the merits and legality of particular reform proposals being debated today", said Commission Co-chair Cristina Rodriguez, a former Obama Justice Department official.

The commission was formed under the president's executive order on 9 April with the aim of examining the following topics:

·         the length of service and turnover of justices on the Court;

The latter issue deals with the possible increase in the number of justices, or so-called "court-packing", touted by some liberal activists and Democratic lawmakers and opposed by conservatives and the GOP.

A point of order on the headline: the "growing calls" to pack the court are coming from leftist politicians. Just because they yell louder, does not mean they represent the view of the majority of Americans on this “bonehead” idea. https://t.co/C7xIkaWLXu

​Following the White House's announcement, House Democrats introduced the Judiciary Act of 2021 in a bid to expand the Supreme Court from nine justices to 13.

According to the Washington Examiner's W. James Antle III, the Democratic Party's bill looks like revenge for the GOP's refusal to give Merrick Garland, now the attorney general, a hearing when President Barack Obama nominated him to replace Justice Antonin Scalia.

Justice Scalia died suddenly in 2016 when the nation was getting ready for the presidential election. However, Senate Majority Leader Mitch McConnell made it clear that the upper chamber would not consider any nominees to the Supreme Court until the next presidential inauguration.

But that is not all: after Senate Democrats held together and filibustered President Donald Trump's nominee Judge Neil M. Gorsuch in April 2017, Republicans voted to lower the threshold for approving Supreme Court nominations from 60 votes to a simple majority.

"This procedural move enabled them to quickly confirm Neil Gorsuch and then get Brett Kavanaugh through", James Antle explained in his April op-ed.

On 18 September 2020, Associate Justice Ruth Bader Ginsburg died less than two months before the presidential vote. This "déjà vu" situation prompted Democrats to call upon GOP senators to delay hearings on a new Supreme Court candidate until the 2021 presidential inauguration. 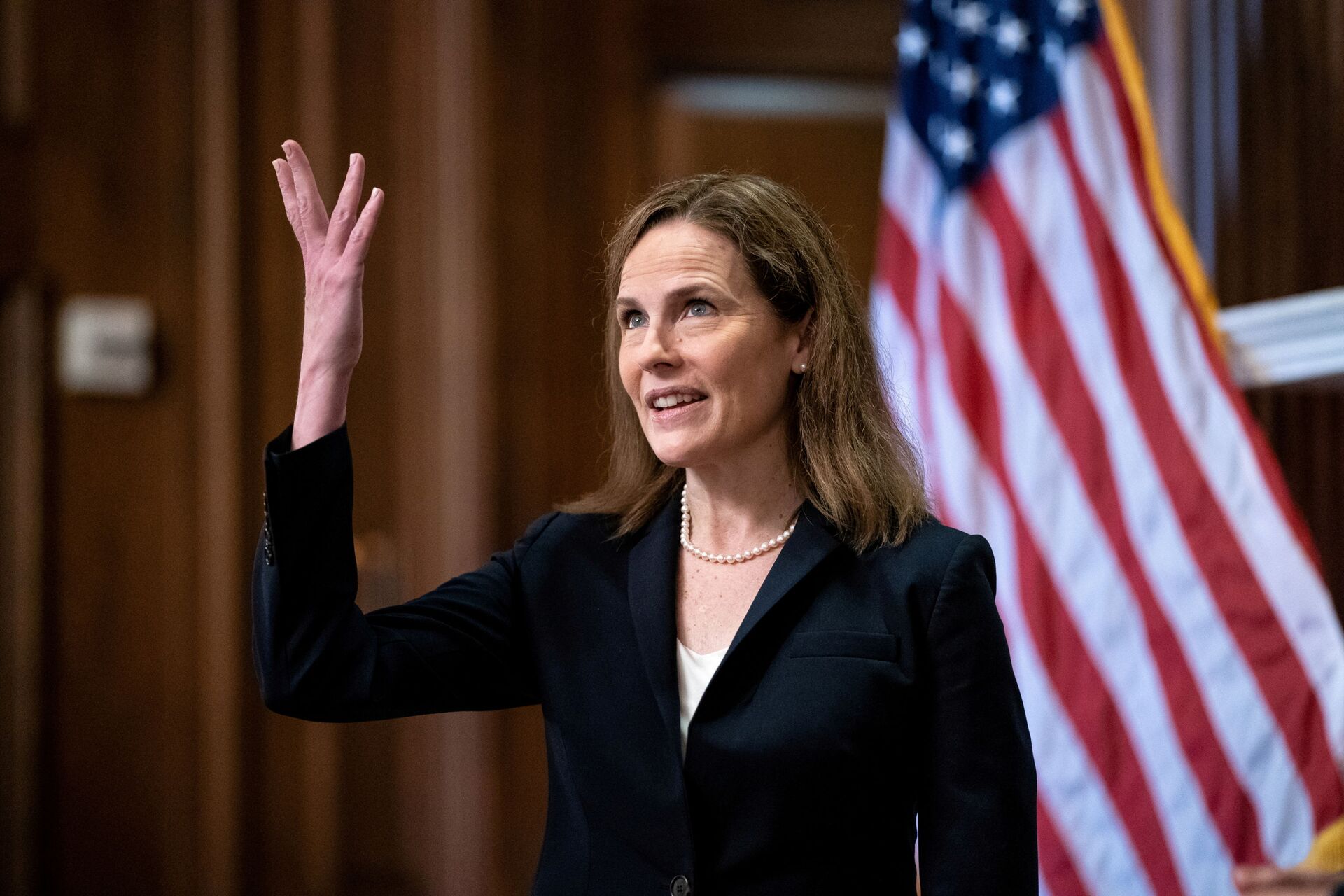 Nevertheless, McConnell opened the door to the confirmation of President Trump's Supreme Court nominee Amy Coney Barrett well before Election Day. His manoeuvre triggered an outcry from the Dems, who threatened to expand the Supreme Court, citing a disproportionate, 6-to-3, conservative majority within its ranks.

Maybe the guy who refused a hearing for Merrick Garland and then rammed through ACB in 8 days shouldn’t lecture anyone else on the sanctity of Senate norms.

​While the US Constitution does not specify how many justices should be on the Supreme Court that number has remained at nine since 1869. There have been attempts in the past to reconsider this number and "pack" the nation's highest court.

On 5 February 1937, President Franklin Roosevelt came up with a plan to expand the Supreme Court to as many as 15 judges, but was immediately confronted by his political opponents who accused him of trying to cancel out those Supreme Court justices who were hostile to his New Deal for the American People.

BREAKING: The Supreme Court agrees to take up a major abortion case that will give the court an opportunity to reconsider Roe v. Wade and Planned Parenthood v. Casey. The case involves the constitutionality of Mississippi’s ban on most abortions after 15 weeks of pregnancy.

​The meeting of the Biden commission comes on the heels of the Supreme Court's decision to review a 2018 Mississippi law that would ban abortions after 15 weeks of pregnancy, which is substantially earlier than the 24-week threshold established by Roe v. Wade in 1973. Liberal observers are concerned that the court's conservative majority could potentially dismantle the Roe v. Wade abortion ruling.

​However, early last month Associate Justice Stephen G. Breyer, a President Bill Clinton appointee, warned against alterations to the Supreme Court. According to him, this could damage the court's reputation as an unbiased and apolitical body.

Speaking at Harvard Law School on 6 April, Justice Breyer stressed that he hoped "to make those whose initial instincts may favour important structural (or other similar institutional) changes, such as forms of 'court-packing', think long and hard before embodying those changes in law", according to The Wall Street Journal.