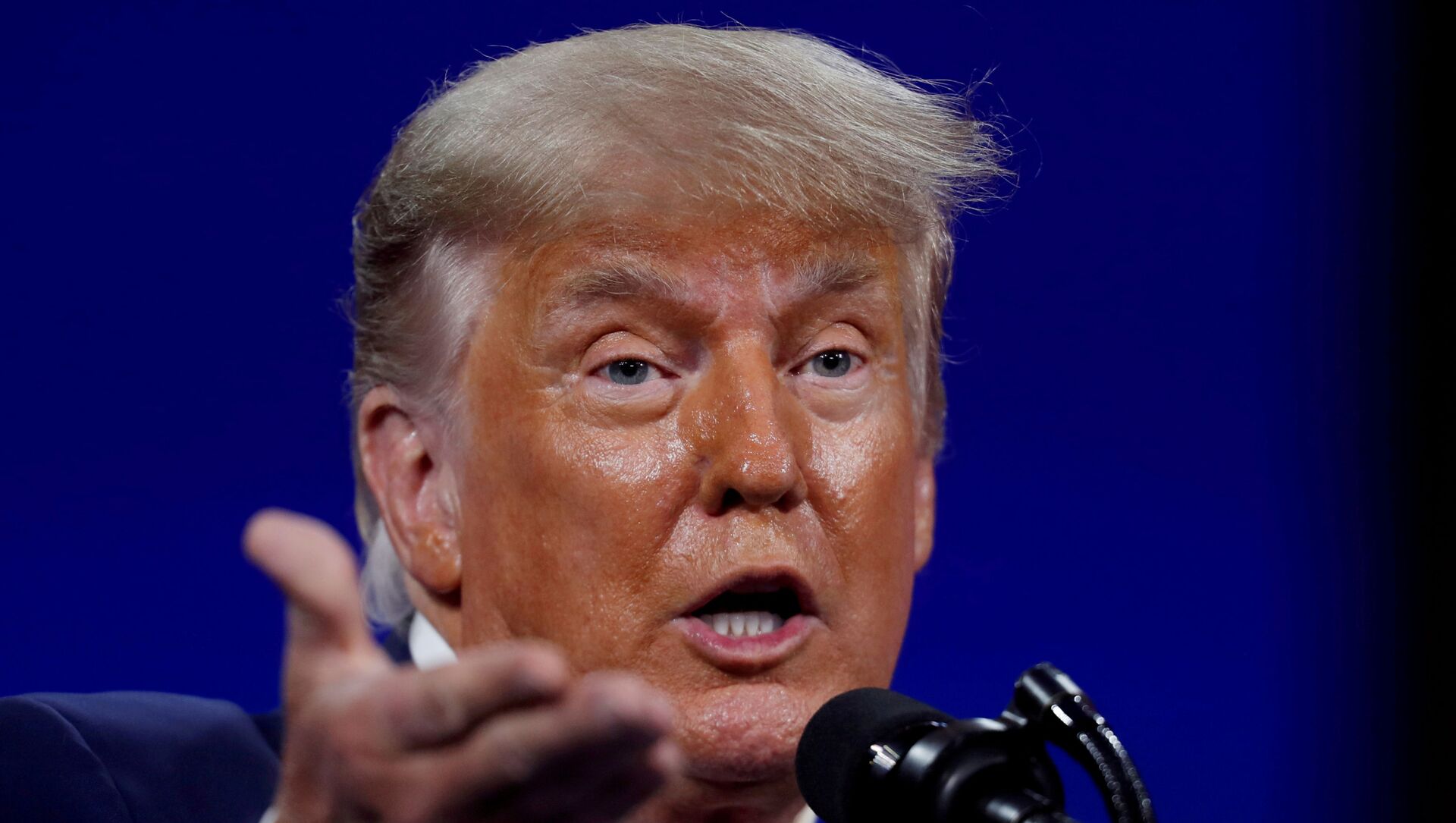 The claims made in a new series of articles on the last days of Donald Trump's presidency paint a picture of systematic official obstruction of the 45th president's efforts to honour his 2016 election promise to end "endless wars".

Pentagon and White House officials conspired to obstruct an order from the former US president, Donald Trump, to withdraw American troops from all overseas military adventures, according to a source quoted by news website Axios on Sunday.

It reported that a Trump aide, John McEntee, delivered a hand-written memo to retired Army Colonel Douglas Macgregor, who had just been appointed an advisor to acting defence secretary Christopher Miller on November 9 2020, with the words: “This is what the president wants you to do”.

Macgregor said the withdrawal of troops from multiple countries following the US presidential election was a tall order to achieve prior to the January 20 executive branch handover.

"Then do as much as you can," McEntee reportedly replied. MacGregor's opinion was that Miller, who was an 'acting' Pentagon chief, would need presidential authority to issue such orders.

One of McEntee's subordinates called Macgregor the next day for advice on how to draft the memo. "Let's stick first with Afghanistan," the colonel advised. "I think it should be midnight, 31 December 2020." Macgregor's opinion was that this would allow Trump to keep an election promise to get out of Afghanistan.

The colonel was surprised when saw the final draft — with the date for the Afghan withdrawal moved from December 31 to January 15, 2021, and that for a pull-out from Somalia switched vice-versa. But his insistence on dropping the orders for troops to leave Germany, Iraq and Syria — where they are deployed illegally against government wishes — as unrealistic in the time-frame.

Miller duly received the one-page order on November 11, 2020, the report claims — and was reportedly incredulous when he read it. Joint Chiefs of Staff Chairman General Mark Milley and other top brass were reportedly appalled that Trump was calling time on the 19-year military adventure across the globe.

White House counsel Pat Cipollone got a call from the Pentagon about the order, and then notified Trump's National Security Adviser Robert O'Brien. According to Axios, neither knew where the order came from despite it bearing Trump's signature.

The two officials countermanded the order and called a meeting with Trump in which Milley, Miller and O'Brien talked the outgoing president out of his plans for rapid withdrawals on two fronts.

Biden has since cancelled the Afghan peace treaty the Trump administration negotiated with the Taliban, unilaterally pushing back the agreed May 1 date for a full troop pullout by September 11, 2021.

US Withdrawal From Afghanistan Up to 20% Complete, CENTCOM Says
Former US Secretaries of State Hillary Clinton and Condoleezza Rice, among other senior politicians and leaders, have pushed for US forces to stay in the country indefinitely — or at least close enough to carry out operations in the region on short notice.

Trump said to Axios that Biden, now seeking to take credit for the Afghan withdrawal, had no choice but to go through with it because Trump had "built a train that couldn't be stopped".

He asserted his March 2020 phone call to Taliban leader Mullah Abdul Ghani Baradar — the first direct contact by a US president — ensured that no US troops were killed for over a year towards the end of his presidency.

A Taliban spokesman rejects Trump's claim that the latter threatened Baradar that the US would "hit you harder than you've ever been hit before" if terrorist groups began using Afghanistan as a base again.

Zabiullah Mujahid told Axios that Trump "did not exert pressure nor issue any threats and warnings," insisting instead that the phone call was "cordial and normal".