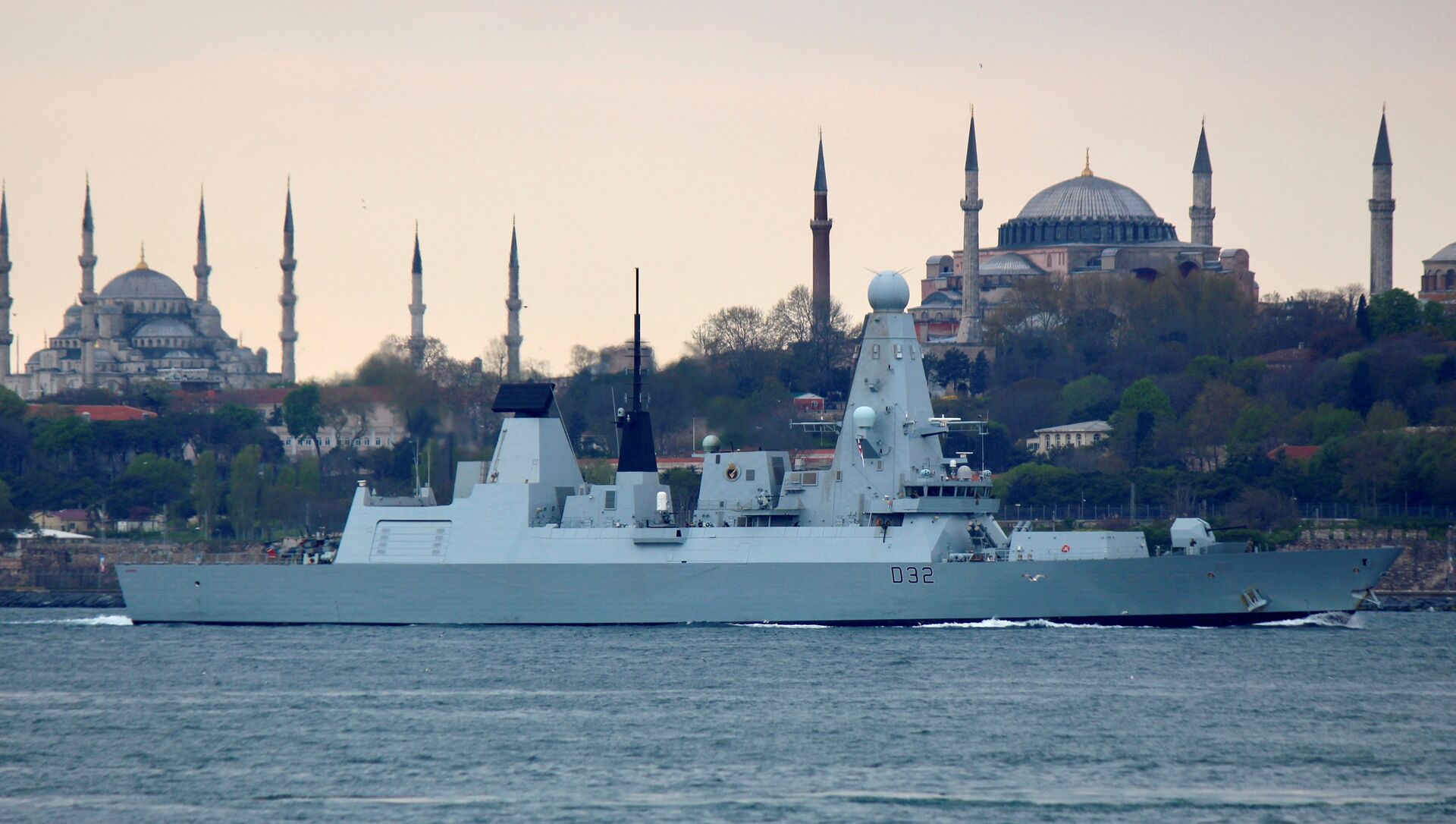 Finian Cunningham
All materials
British media report this week that the Royal Navy has sent a “warship” to the Black Sea in support of Ukraine against alleged Russian aggression.

To describe HMS Trent as a “warship” is a bit of a stretch. It is actually an offshore patrol boat that is more commonly used for intercepting contraband and illegal fishing vessels. It is only armed with machine guns and has no missiles. It’s as harmless as a rowing boat armed with a catapult, as one wag put it.

Russian naval defenses have been tracking the British boat since it entered the Black Sea on Sunday through the Bosphorus Strait. But the Russians say it poses “no serious threat”.

Indeed, former Black Sea Fleet commander Admiral Vladimir Komoyedov is quoted as joking: “I would not even say that the British would be able to tickle our nerves. Maybe, only the heel, a little.”

To fully appreciate the joke, we should recall that last month British media reported that the Royal Navy was planning to send two heavy warships to the Black Sea. Those vessels were a Type-45 guided-missile destroyer and an anti-submarine frigate.

World
Russian Diplomatic Source Says UK Warship Passage to Black Sea is Aimed at Intimidation
In other words, a patrol boat appearing in the Black Sea marks a serious climb down by the Brits. It looks like the wannabe Lord Nelsons at the British Ministry of Defense have come to their senses and realized that the previously reported plan was a reckless escalation with Russia.

Amid growing tensions between the NATO military alliance and Russia over the conflict in Ukraine, Moscow last month ordered the closure of sea routes off Crimea and Russia. The Black Sea Fleet also conducted large naval drills involving more than 40 warships armed with advanced anti-ship and anti-aircraft missiles.

It seems hardly a coincidence that at that critical juncture last month, the Biden administration abruptly cancelled the planned deployment of two destroyers to the Black Sea, the USS Donald Cook and USS Roosevelt. No reason was given for the cancellation, but it seems that Washington decided it was better to de-escalate. 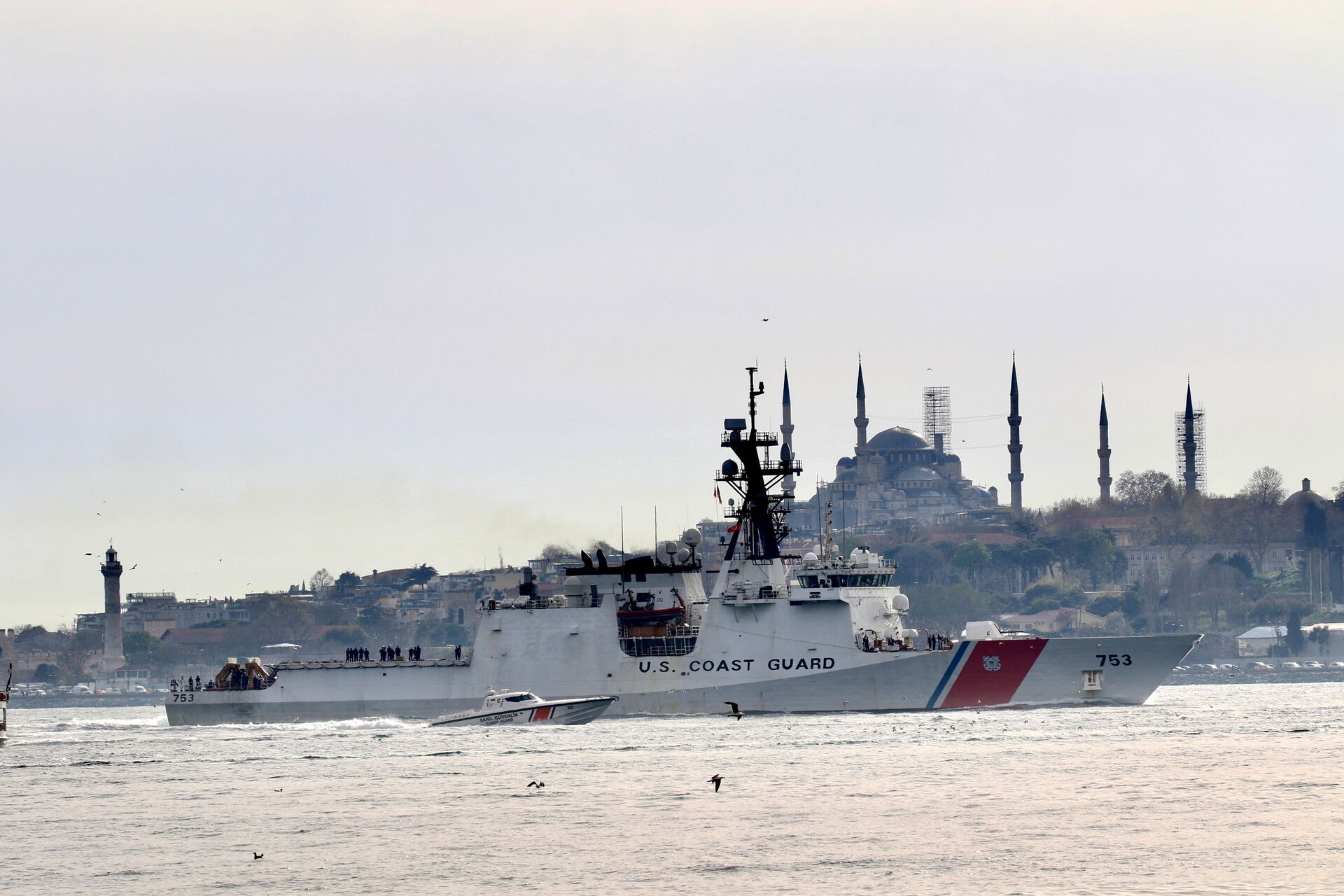 Now it seems the Brits are following in the wake of the US Navy's decision to scale back on warships by sending in a patrol boat in place of destroyers.

International military vessels are permitted in the Black Sea under the 1936 Montreux Treaty. But the number and tonnage are limited given the national security concerns of littoral states.

However, with heightened tensions over Ukraine, the moves by the US and Britain to despatch serious warships to the Black Sea in the name of countering “Russian aggression” was a ludicrous provocation that could have potentially triggered all-out confrontation.

No doubt, Russia’s demonstration of its formidable naval power in the Black Sea gave Washington and London pause for thought. This reminds one of the maxim: the only language idiots understand is force.

HMS Trent, the British patrol boat, is keeping to the Turkish side of the Black Sea as it heads to the port of Odessa. Russia’s navy is closely monitoring its movement, not out of any immediate security concern, but the surveillance and locked-on weapons systems will let the Brits know of what their warships will face.

Video: Russian Cruiser Moskva Test-Fires Vulkan Missile in Black Sea for 1st Time
When it was reported last month that two Royal Navy warships were heading to the Black Sea the purported assignment was part of a larger Carrier Strike Group, led by the aircraft carrier Queen Elizabeth. The battle group is due to sail from Britain to the Pacific next week. It remains to be seen if the guided-missile destroyer and anti-submarine frigate will detour from the group into the Black Sea, as was previously reported.

But that seems unlikely now. The Brits seem to have received the message, like the Americans, that Russia is in no mood for entertaining saber-rattling on its doorstep. Especially by washed-up empires trying to inflate their ego in today’s world.

The collapsing state of British society and economy is the absurd backdrop to its navy sailing around the world as if it was the 19th century of Rule Britannia. After all the bluster, sending a puny patrol boat to the Black Sea is the sensible metaphor for running up a white flag.