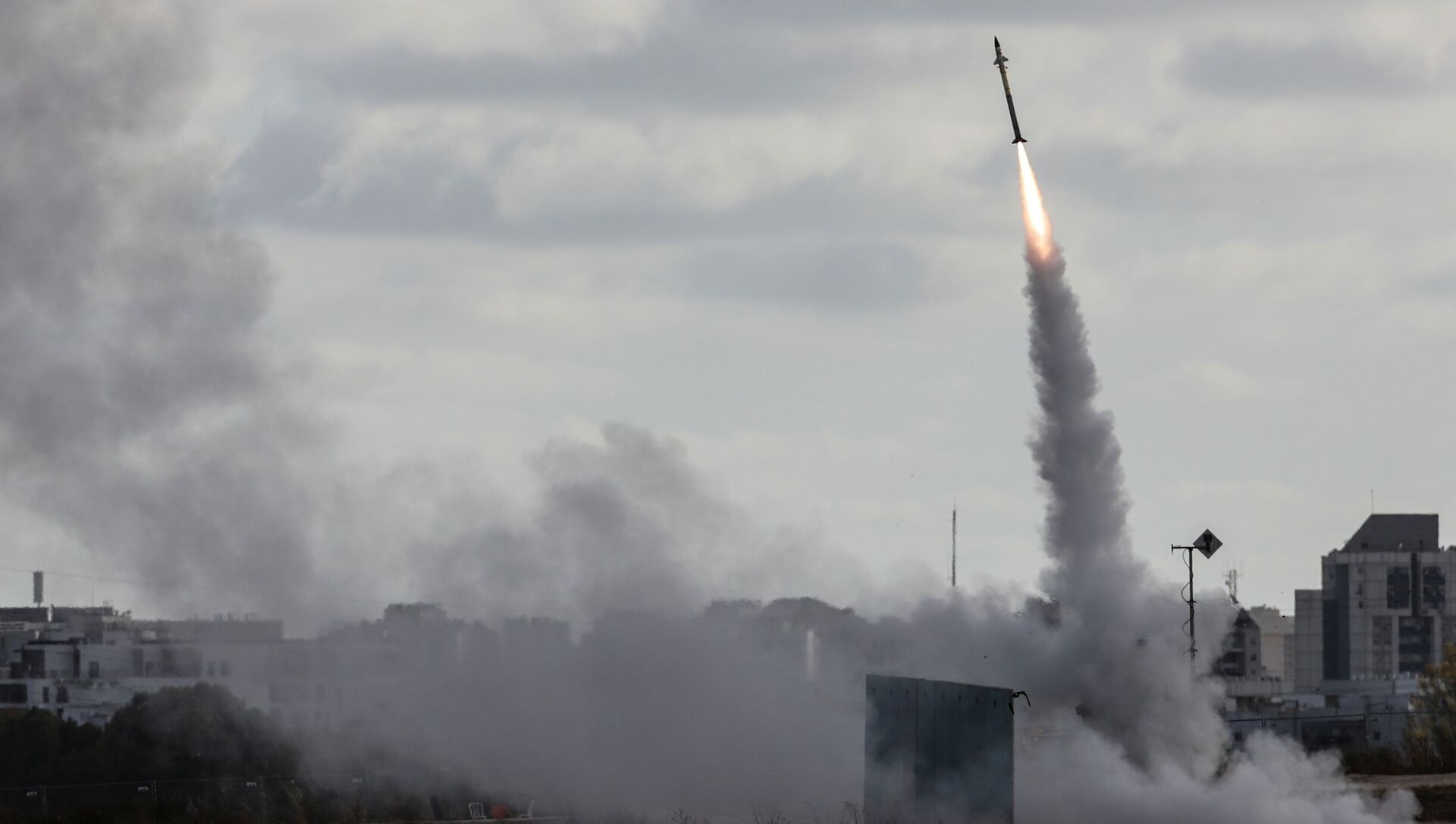 Tim Korso
All materials
Israel has been repelling attacks coming from the Gaza Strip since Hamas and Islamic Jihad launched hundreds of rockets on 10 May, some of them targeting Tel Aviv. So far, the rocket attacks have killed 10 Israelis and injured 50 more.

Four rockets have been fired from southern Lebanon towards Israel, the Israel Defence Forces (IDF) have reported. According to the military, the country's air defences intercepted one of the rockets, while two of them landed in the sea and the other in an uninhabited area.

4 rockets were just fired from Lebanon at northern Israel, 1 of which was intercepted by the Iron Dome.

In response, IDF artillery forces are striking a number of targets in Lebanon.

We are prepared for any scenario on any front.

The launches were carried out from a village in the vicinity of Lebanon's southern city of Tyre, Reuters reported, citing security sources in the country. No party has claimed responsibility for the rocket attack so far.

Sirens went off in northern Israel ahead of the IDF’s report about a thwarted rocket strike.

The IDF added that it has carried out a series of artillery strikes on Lebanese territory following the attack.

Israel earlier reported having suffered from barrages of rockets, mostly coming from the Gaza Strip, for nine nights in a row. Today's rocket attack is the third coming from the territory of Lebanon, where Hezbollah is based.

The rocket attacks started on 10 May, when Gaza-based Hamas and Islamic Jihad first launched hundreds of rockets at Israeli cities, including Tel Aviv. Over the course of the nine-day hostilities, 10 Israelis have been killed as a result of attacks and several dozen more injured.

Responding to the rocket barrages, Tel Aviv launched a counter-offensive using airstrikes that it claimed targeted Hamas’ infrastructure and leadership in the Gaza Strip. Israel's military operation has claimed the lives of over 212 Palestinians, including several top Hamas members and 60 minors. The IDF blamed the civilian casualties on Hamas, claiming the group uses them as human shields and carries out operations from civilian buildings.

As a result, IDF airstrikes levelled a multi-storey building housing AP and Al Jazeera offices, barely avoiding casualties among the journalists, as well as the Gaza office of the Qatar Red Crescent. Representatives of the news agencies and journalist associations have strongly condemned the actions of the Israeli military, which insisted that they had warned the inhabitants in advance.