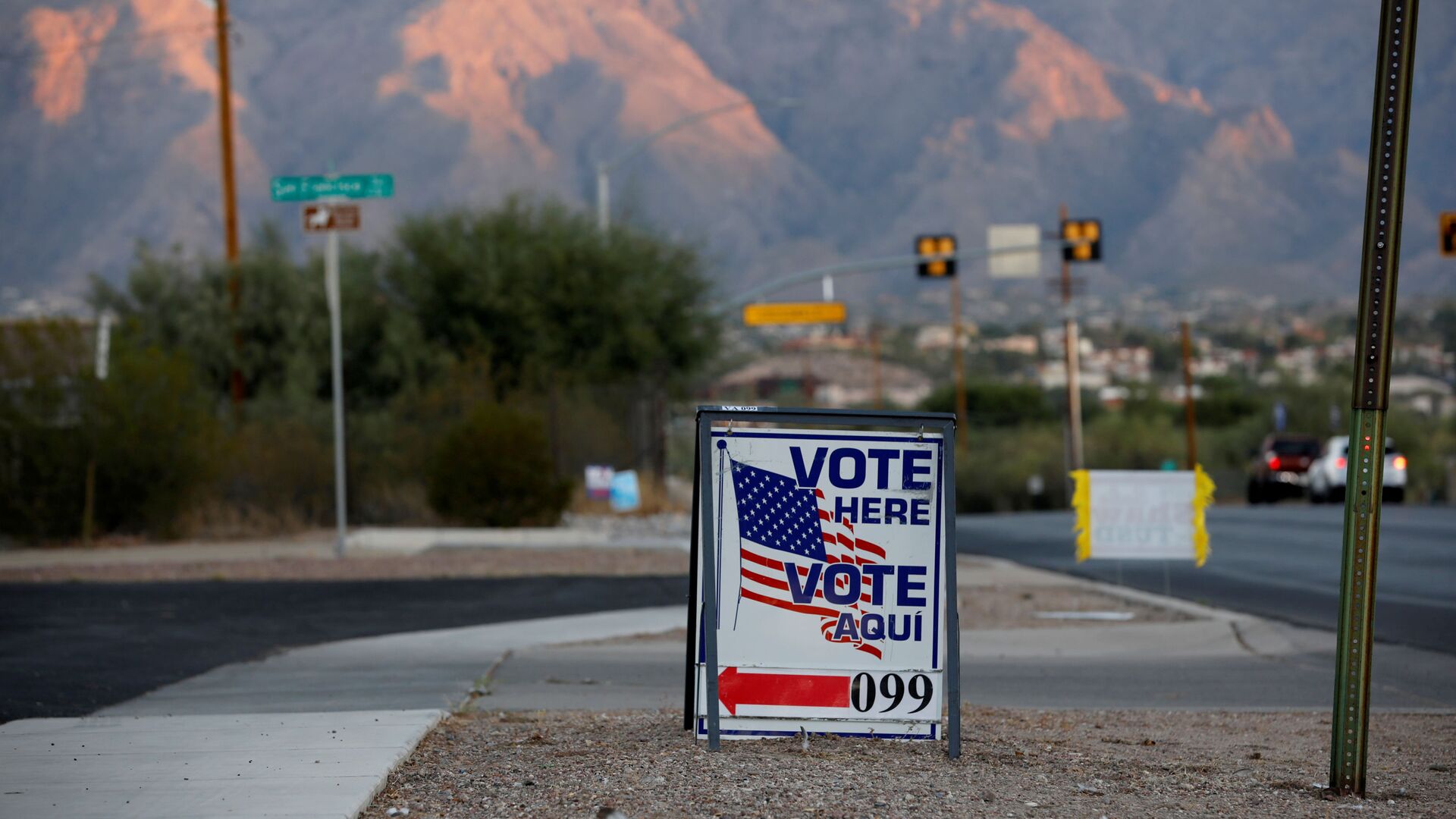 Ekaterina Blinova
All materialsWrite to the author
The Maricopa Board of Supervisors made it clear that it would not assist the state's Senate auditors in the ongoing recount of 2.1 million 2020 election ballots and urged the Arizona GOP to shut the audit down. However, the Republicans have signalled that they are not going to give up.

Arizona Senate President Karen Fann scheduled a meeting with Maricopa officials at the Arizona State Capitol for 18 May at 1 pm (ET) to discuss a series of issues exposed during the ongoing audit of the 2020 election results, including allegedly deleted databases, missing Dominion voting machines passwords, withheld routers, and apparent ballot inconsistencies.

The ongoing audit has attracted the attention of the GOP and Donald Trump, as the former president and his Republican allies are still insisting that the 2020 election was stolen from them. According to them, the Maricopa ballot recount and examination of voting equipment could shed light on whether Joe Biden won the county fair and square. All in all, Biden outperformed Trump in Arizona by a margin of just 10,457 votes, or 0.3 percent of the roughly 3.4 million ballots cast. The ex-president specifically cited alleged discrepancies outlined by Fann as "devastating."

Maricopa Board of Supervisors Snubs the Audit

However, a day before the planned conference, Fann received a rebuttal from the Maricopa Board of Supervisors, which said that it would not only snub her Tuesday meeting but would also refuse to provide further assistance to the Arizona GOP Senate auditors.

Just wondering.: Did the BOS give a copy of the letter to the media? They haven’t sent it to the Senate so maybe you can share your copy ? https://t.co/FpR8WV4qrM

​In addition to that, the Maricopa officials' 14-page letter strongly denies the assumption that the election database was deleted by them prior to audit and accuses the Senate's leading auditor, Cyber Ninjas, of "incompetence."

​According to the letter, nothing in the screenshot provided by Fann indicates that any file in the 2020 General Election database was deleted or spoiled. Apparently, the software used by the auditors did not locate the particular files, the board of supervisors alleged.

"There could be other explanations as well, including the possibility that your 'auditors' inadvertently, or purposefully, moved – or even deleted – certain data," the document presumes.

1. Will you produce the databases you admit the auditor does not have?

​Much in the same vein, the board officials denied that there are any "omissions, inconsistencies, and anomalies" relating to the county's handling, organisation, and storage of ballots outlined by Fann in her 12 May request.

"Our organisation of the ballots in the boxes – an organisation that complies with the laws that the Senate helped write – is no excuse for why you are some 1.5 million ballots behind schedule in your 'recount,' as your letter comically insinuates," the letter notes.

When it comes to Dominion's proprietary passwords necessary to access vote tabulation devices, Maricopa officials said that they do not have them.

They admitted, however, that Dominion did provide the passwords to the county during two previous forensic audits of the 2020 election ballots. However, the voting machines producer did this only because the firms hired by the county were "accredited by the US Elections Assistance Commission as voting system testing laboratories," the letter explains.

"Your chosen 'auditors,' the Cyber Ninjas, are certainly many things. But 'accredited by the EAC' is not one of them," the document emphasises.

The 2020 elections were run w/ integrity, the results certified by the county & state were accurate, & the 2 independent audits conducted by the County are the true final word on the subject. We know auditing. The Senate Cyber Ninja audit is not a real audit. #azsenateaudit

​Likewise, the Maricopa Board of Supervisors refused to grant access to the County’s routers subpoenaed by the Senate, insisting that "it could do irreparable damage to the county, the state, and even our country." Still, the officials did not specify whether producing virtual images of routers, as requested by Fann, would pose a similarly grave security challenge.

"We will not be responding to any additional inquiries from your 'auditors'," the letter reads. "Their failure to understand basic election processes is an indication you didn’t get the best people to perform in your political theatre."

On Monday, the board of supervisors held a public conference calling upon the Arizona Senate to end the audit of the election results. "Finish your report and be ready to defend it in a court of law," said Jack Sellers, chair of Maricopa county board of supervisors, ending the meeting.

Jack Sellers, chair of Maricopa county board of supervisors, ends meeting by saying he is not responding to any more requests from state senate on Arizona audit. "Finish your report and be ready to defend it in a court of law," he says.

​Responding to Maricopa officials rebuttal, Arizona GOP chairman Kelly Ward highlighted that local officials do not have the right to challenge the constitutional authority of the Arizona Senate and the state's courts which green-lighted the audit. In addition to that, the board of supervisors failed to give any clear answers to "the very concerning questions" asked by Senator Fann, according to Ward. She highlighted that the audit would continue no matter what.

​The GOP audit of Maricopa County election results, which was authorised by Superior Court Judge Timothy Thomason on 26 February 2021, came under criticism and scrutiny from the state's Democratic Party, voting rights groups and Maricopa officials since the very beginning of the process. In addition to that the Arizona Senate audit was criticised by the US Justice Department that alleged that the recount may be in violation of federal law and amount to illegal voter intimidation. While the audit critics call it denounce the audit as the "political theatre" and an attempt to undermine the trust in the outcome of the 2020 election, the Arizona GOP argues that it responds to the people's calls for sorting out the still simmering controversy surrounding the 2020 November vote.