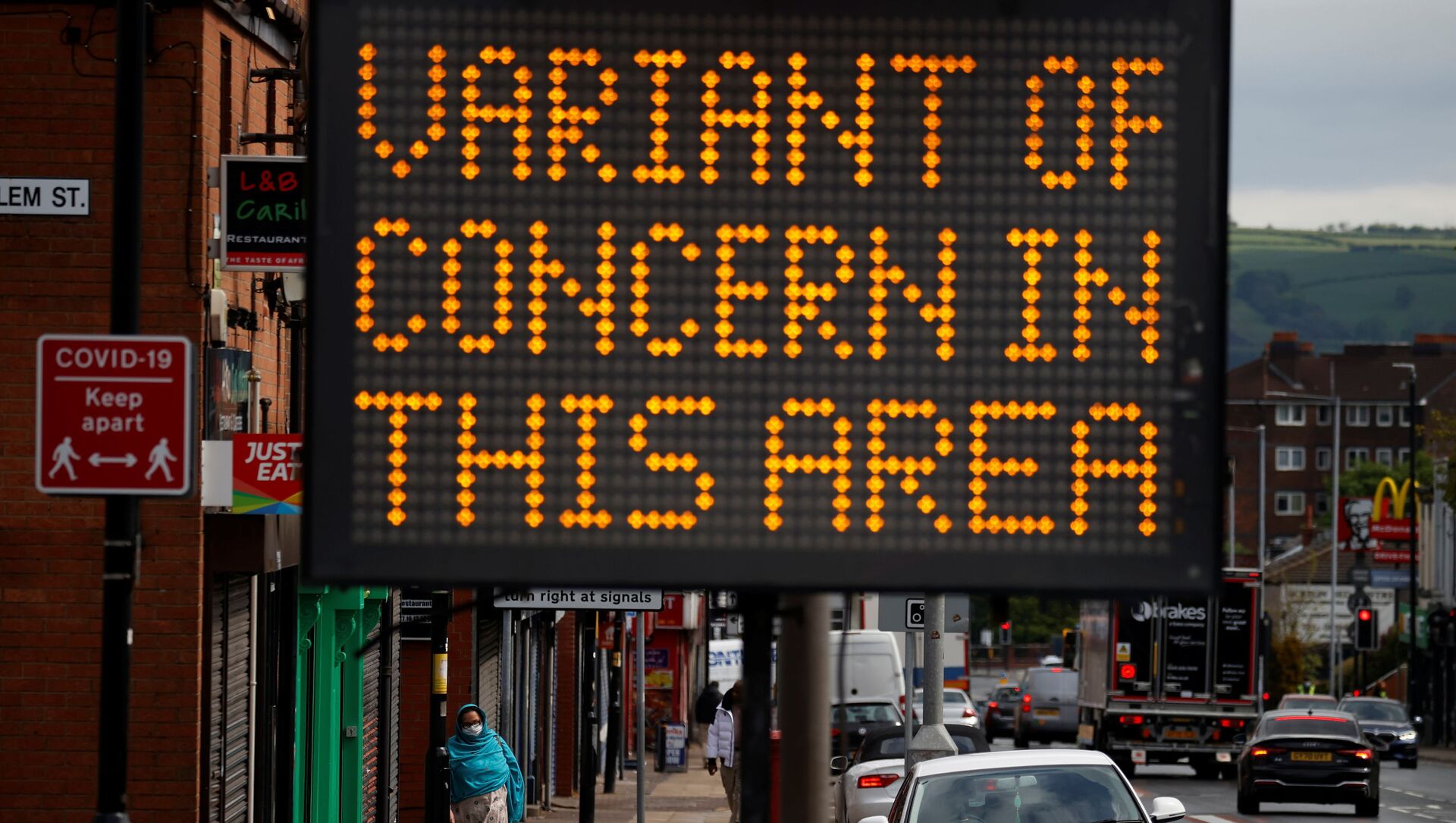 One of the hotspots for the feared "indian variant" of COVID-19 is Bolton in Greater Manchester, a town with a high population of British Pakistanis — an ethnic group that has been reluctant to be vaccinated against the deadly virus.

Britain's exit from the COVID-19 lockdown could be delayed beyond June 21 as the more-infectious Indian variant continues to spread.

Prime Minister Boris Johnson’s Cabinet will gather later on Tuesday for a crunch meeting to decide whether the fourth stage of unlocking can go ahead as planned.

But government sources told the media that fears over the high transmission rate of the B.1.617.2 variant — first identified in India — could prompt a postponement of that date, and even see Monday's stage three relaxations rolled back.

"It is clear some social distancing will have to be retained, not everything we've set out for 21 June is likely to happen," one source told ITV. "But it is also possible some of the easing we've done today will have to be reversed."

But one un-named cabinet minister warned that extending the lockdown past June 21 — when nightclubs and other indoor venues can reopen fully — would be Johnson's "Theresa May moment", a reference to his predecessor's delay of Britain's exit from the European Union.

"This freedom date is burned on people's brains in the same way as her date for leaving the EU," they said. "When she missed it, she was finished".

The source added that Downing Street had "overreacted to panicked warnings from the usual suspects" among its advisors.

Pubs, cafés and restaurants have been allowed to serve customers indoors again since Monday May 17, and gyms, swimming pools and other sport centres can reopen. Groups of up to six friends and relatives can meet and "cautiously" embrace, and restrictions on attendance at funerals and weddings have also been eased.

Health Secretary Matt Hancock took the opportunity of the Indian variant scare to urge those who had failed to get a jab when invited to do so now.

Speaking in Parliament on Monday, he said: "look at what's happening in Bolton" — a town in the Greater Manchester area — where most of those admitted to hospital with coronavirus were unvaccinated.

Hancock said it was "reassuring" that vaccines "are effective against this variant," but "the higher transmission poses a real risk."

Calls for Delay of Monday’s Lockdown Easing in UK as Government Presses On
The hotspots of the Indian variant are currently Bolton, nearby Blackburn and Sefton, Nottingham and Leicester in the East Midlands and Bedford.

More than 6,200 Bolton residents had the vaccine over the weekend amid the panic over the new variant, the BBC reported.

Bolton has more than double the national average proportion of residents of Asian descent, mainly British Pakistanis — who as an ethnic group have one of the lowest take-up rates for the vaccine.

Office for National Statistics ​data shows 74 per cent of people of Pakistani origin in the most-vulnerable over-70 age range have been vaccinated, compared to 91.3 per cent for white Britons. By contrast, take-up among those of Indian descent is much higher at 86.2 per cent, while it is lowest among black Africans at 58.8 per cent.

The UK's immunisation programme is continuing at a rapid rate. As of Sunday evening, 36.7 million people — 55 per cent of the population — had received their first dose, and 20.3 million had had their booster, equalling 30 per cent of the country. Vaccinations of under-40s began this week.