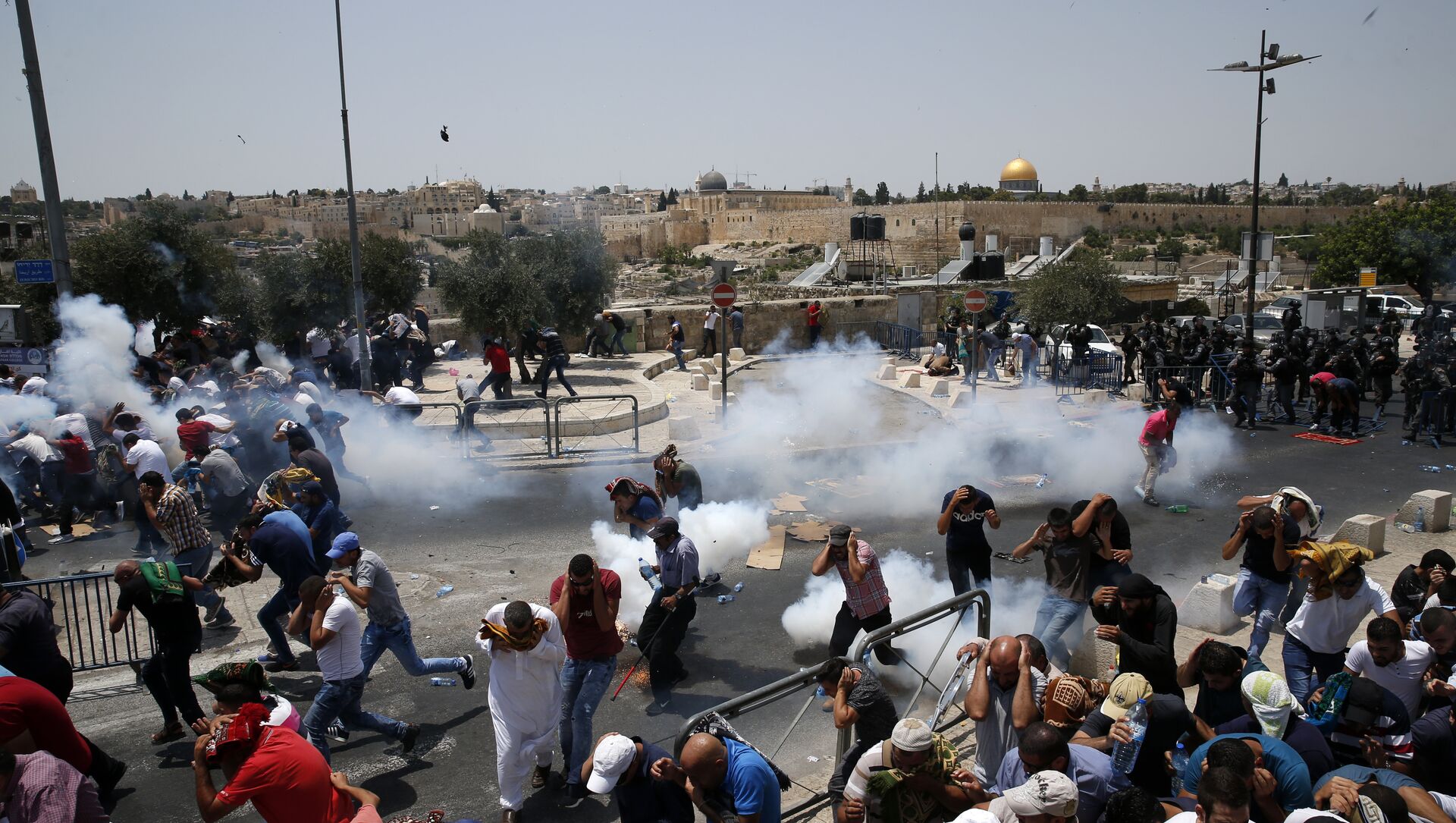 Max Gorbachev
All materialsWrite to the author
The disturbance comes as Israeli forces and Hamas engage in what is being described as the worst spike in violence in years. The UN Middle East peace envoy has called on both sides to end the fighting, warning it may lead to a full-scale war.

Hundreds of Palestinians have started rioting in Jerusalem’s Sheikh Jarrah district, the Times of Israel reported. According to the newspaper, the protesters are throwing stun grenades at police officers, who are trying to disperse them. Local Channel 12 reported that law enforcement arrested eight Palestinians, who attacked officers with rocks and fireworks.

The riots began after calls from Fatah and Hamas, which encouraged Palestinians to take part in the "day of rage" aimed at protesting against "war and attack" on Palestinians in Jerusalem and Gaza. Fatah also called for a nationwide strike, which has since been supported by public transport workers.

In response to the call, big crowds of protesters gathered at Damascus Gate in the Old City of Jerusalem and later clashed with police. According to the Times of Israel, law enforcement brought water cannon to disperse protesters.

The development comes as the conflict between Israel and Hamas militants enters a second week. According to Israeli Defence Forces (IDF), more than 3,000 rockets have been fired towards Israel since violence suddenly started on 10 May.

IDF said it launched rocket strikes on 120 targets in the Gaza Strip over the past 24 hours. Israeli Prime Minister Benjamin Netanyahu said Israel’s actions set Hamas, the militant group, which controls Gaza, back "years". "Our enemies see what price we exact for aggression against us," Netanyahu said.

The violence came after months of clashes between Palestinians and Israeli forces, which started after Israeli authorities forbade Palestinians to gather around Damascus Gate Plaza and restricted access to the al-Aqsa Mosque, Islam's third most revered site, during the holy month of Ramadan.

The protests intensified after news of the potential eviction of Palestinian families from the Sheikh Jarrah district, where Jewish settlers have claimed ownership of land.