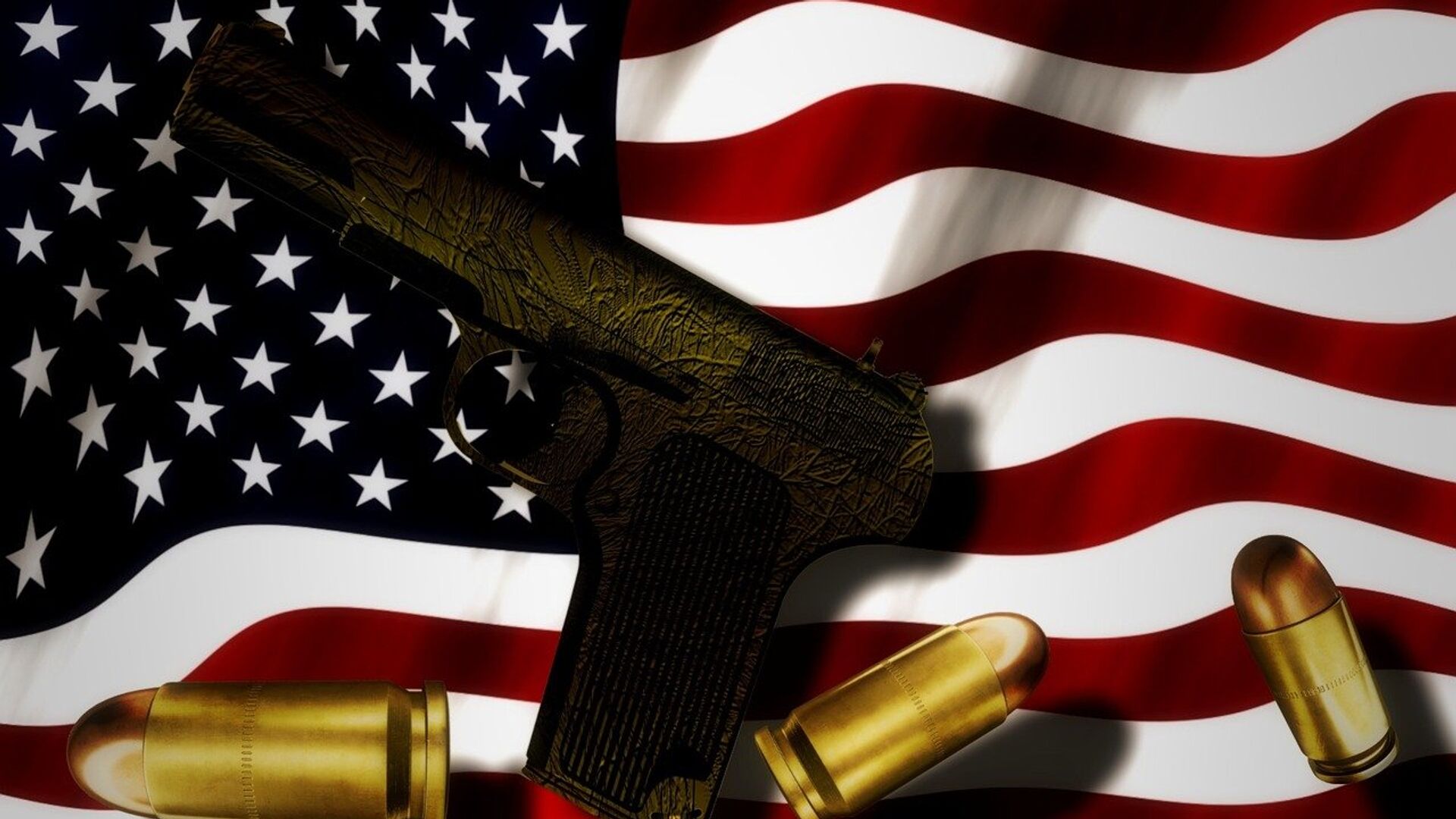 Ekaterina Blinova
All materialsWrite to the author
On Monday, the US Supreme Court ruled that the seizure of firearms belonging to Edward Caniglia, a Rhode Island resident, by the police was in violation of the Fourth Amendment. Some conservative observers suggest the SCOTUS ruling also boosts the protection of Second Amendment rights of US gun owners.

On 17 May, SCOTUS overruled a 1st Circuit Court decision that officers' removal of firearms from Edward Caniglia home was justified by a "community caretaking exception" to the warrant requirement, in accordance with the court's ruling in the 1973 case Cady v. Dombrowski.

The Supreme Court specifically highlighted that the Cady case "is not an open-ended license to perform [community caretaking functions] anywhere".

According to court files, in 2015 police responded to a domestic violence call from Edward Caniglia's wife who thought her husband was suicidal. Having arrived at the scene, officers called an ambulance based on the belief that Caniglia posed a risk to himself or others.

​The man agreed to go to the hospital for a psychiatric evaluation on the condition that the police would not confiscate his firearms. However, once Caniglia left, law enforcement agents located and seized his weapons. In response, the man filed a lawsuit, arguing that "the officers had entered his home and seized him and his firearms without a warrant in violation of the Fourth Amendment".

This is a win for the 2nd Amendment and good to see that all 9 Justices agree. #2A #SCOTUS https://t.co/S2gEjMcs3v

​The Fourth Amendment prohibits American citizens from unreasonable searches and seizures and sets strict requirements for issuing warrants. In addition to upholding the Fourth Amendment, the case also touches upon the Second Amendment, which stipulates that "the right of the people to keep and bear arms, shall not be infringed".

"This case also implicates another body of law that the petitioner glossed over: the so-called 'red flag' laws that some states are now enacting", Justice Alito wrote. "These laws enable the police to seize guns pursuant to a court order to prevent their use for suicide or the infliction of harm on innocent persons. They typically specify the standard that must be met and the procedures that must be followed before firearms may be seized. Provisions of red flag laws may be challenged under the Fourth Amendment, and those cases may come before us".

"Red flag" laws permit police or family members to petition a state court for temporary removal of firearms from an individual who may present a danger to themselves or others.

To date, 19 states and the District of Columbia have adopted red flag laws, according to CNN. Second Amendment proponents, however, raise legal concerns over the lack of due process in these cases. According to The Daily Wire, "in most jurisdictions a judge can determine whether or not a perso's firearms should be confiscated without the person in question even knowing about the hearing".

Yet another conservative publication, The Epoch Times, cites Senior Vice President of Gun Owners of America Erich Pratt, who stated that "the Supreme Court today smacked down the hopes of gun grabbers across the nation".

"Big victory today for the Second and Fourth amendments as SCOTUS ruled 9-0 today that law enforcement cannot enter our homes and unconstitutionally seize firearms without a warrant!", tweeted US House Representative for Colorado Lauren Boebert.

Justice Alito's remark appears to cast doubt on President Joe Biden's April initiative "to pass an appropriate national 'red flag' law, as well as legislation incentivising states to pass 'red flag' laws of their own". This remark came along with other proposals by the president addressing "the gun violence public health epidemic" in the wake of the shooting sprees in Boulder and Atlanta.

Biden has repeatedly vowed to strengthen the country's gun laws, both during the presidential campaign and his first days in office. The US House of Representatives approved two gun control bills: the first, which would expand background checks to those purchasing weapons over the internet, passed the lower chamber 227-203; the second, which would give authorities 10 business days for federal background checks before a gun sale can be licensed, was endorsed by only two Republicans and passed 219-210. The two pieces of legislation have now become mired in the evenly split US Senate.