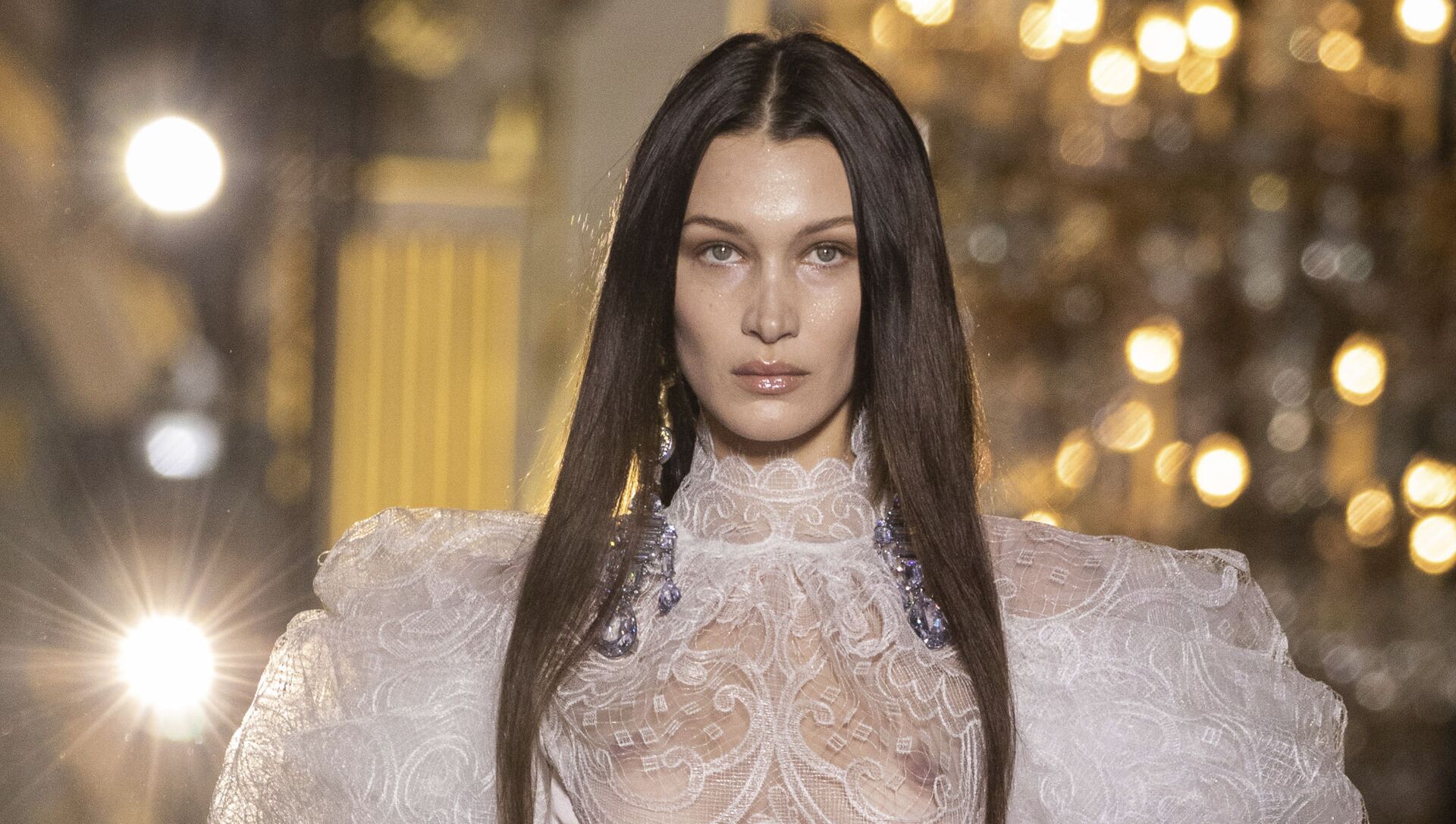 Svetlana Ekimenko
All materialsWrite to the author
Amid the escalating Israeli-Palestinian conflict, daughter of a Palestinian real-estate developer, US supermodel Bella Hadid, showed up at a demonstration to support Palestine in the Bay Ridge neighbourhood of NYC, sporting a traditional dress, Keffiyeh and face mask while waving a Palestinian flag and flashing a peace sign.

American supermodel Bella Hadid has come under fire from the state of Israel for joining crowds that took to the streets in Brooklyn on the weekend to support Palestinians in Gaza amid some of the worst violence the region has seen in years.

The 24-year old model, whose father, Mohamed Hadid, is Palestinian, was seen in videos on social media on Saturday marching with thousands at the demonstration in Bay Ridge amid a week of deadly tit-for-tat strikes between Israel and Hamas.

On its official Twitter handle, Israel decried the fact that celebrities like Hadid sided with those who “advocate for throwing Jews into the sea”.

The tweet, which underscored that this should not be an “Israeli-Palestinian issue”, but rather a “human issue”, included a screenshot of the model streaming to Instagram Live from the protest, dressed in a traditional garment, with a Keffiyeh and a face mask.

“The way my heart feels. To be around this many beautiful, smart, respectful, loving, kind and generous Palestinians all in one place. It’s free Palestine til Palestine is free!!!”, wrote Bella Hadid, voted "Model of the Year" by industry professionals for Models.com. in 2016, in a recent Instagram post.

"You cannot allow yourself to be desensitised to watching human life being taken. You just can’t. Palestinian lives are the lives that will help change the world. And they are being taken from us by the second. #FreePalestine," she wrote.

Another post on social media shared the fact that the model’s father and his family "were taken out of their homes in Palestine in 1948, becoming refugees in Syria, then Lebanon, then Tunisia."

Amid the escalation of the Israeli-Palestinian conflict, which has witnessed hundreds of rockets being fired from the Gaza Strip into Israel, while Tel Aviv retaliated with ordering warplanes and artillery to target the Palestinian enclave, a rally took place in a section of Bay Ridge, NYC that is known to many as Little Palestine.

It followed a rally held in Times Square that offered support for Israelis, just days before.

As armed hostilities between Israel and Palestine's Hamas continued throughout the week, one of the buildings destroyed in Gaza by Israeli rockets was a high-rise that housed the offices of international media agencies, including The Associated Press and Al Jazeera. 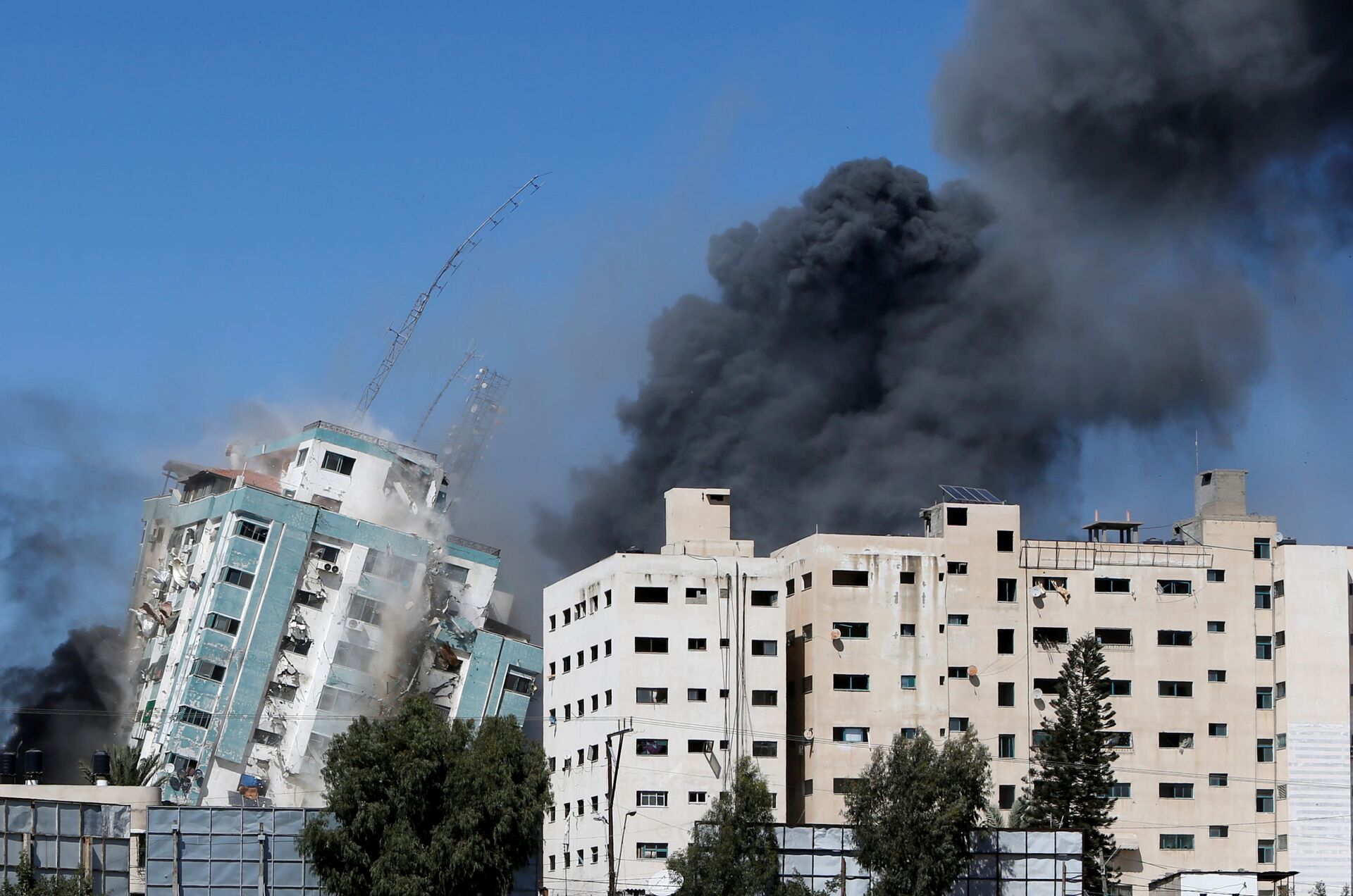 Hundreds of protesters marched Saturday afternoon from the Washington Monument to the US Capitol to protest over the escalation of the violence and what they saw as an inadequate response from the United States.

The action took place as one of several planned around the country for Nakba Day, which Palestinians observe every 15 May to commemorate the 1948 displacement of hundreds of thousands of Palestinians amid Israel’s war of independence.