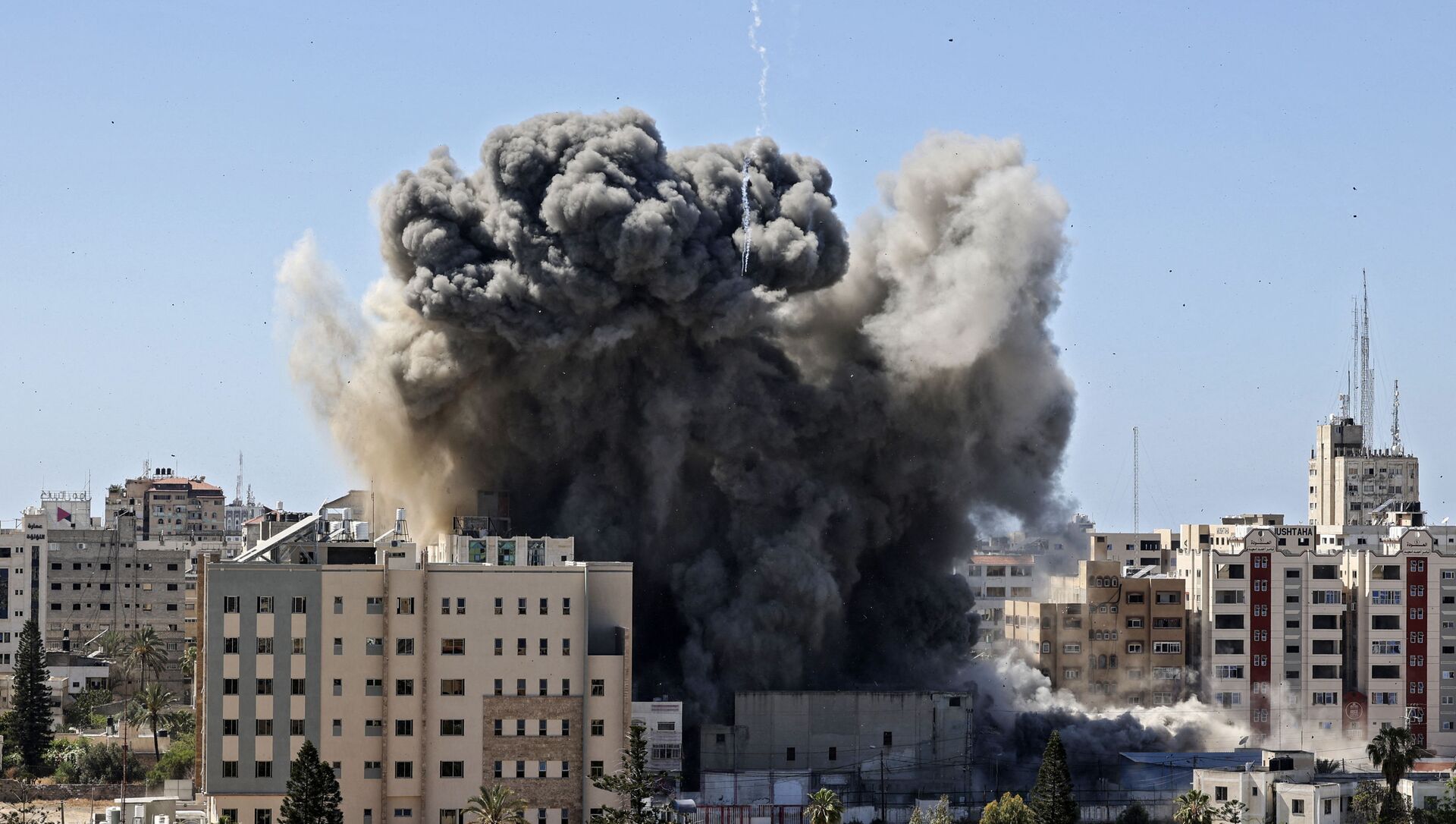 Ilya Tsukanov
All materialsWrite to the author
Israel jets levelled Gaza City’s 12-story Jala Tower on Saturday, claiming that Hamas militants were using the building as a military intelligence outpost. The tower contained the international press offices of the US-based Associated Press, Qatar’s Al Jazeera, as well as civilian residences.

“I understand they found the explanation satisfactory,” the source added.

Israeli Prime Minister Benjamin Netanyahu similarly told US media on Sunday that Israel had “shared” intelligence “with our American friends,” and suggested that Jala Tower was a “perfectly legit target” used by Hamas to 'plot and organise' “terrorist attacks on Israeli civilians.”

He added that the Israeli attack caused “no death whatsoever” because Israel warned its occupants to get out of the building before the strike were carried out.

Despite Netanyahu’s assurances, Secretary of State Antony Blinken said on Monday that President Biden had requested “additional details” about the airstrike on the building – the fourth multi-story building attacked by Israel during its weeklong campaign – in his telephone conversation with Netanyahu. Blinken also indicated that he had seen “no evidence” that Hamas was operating inside the tower. 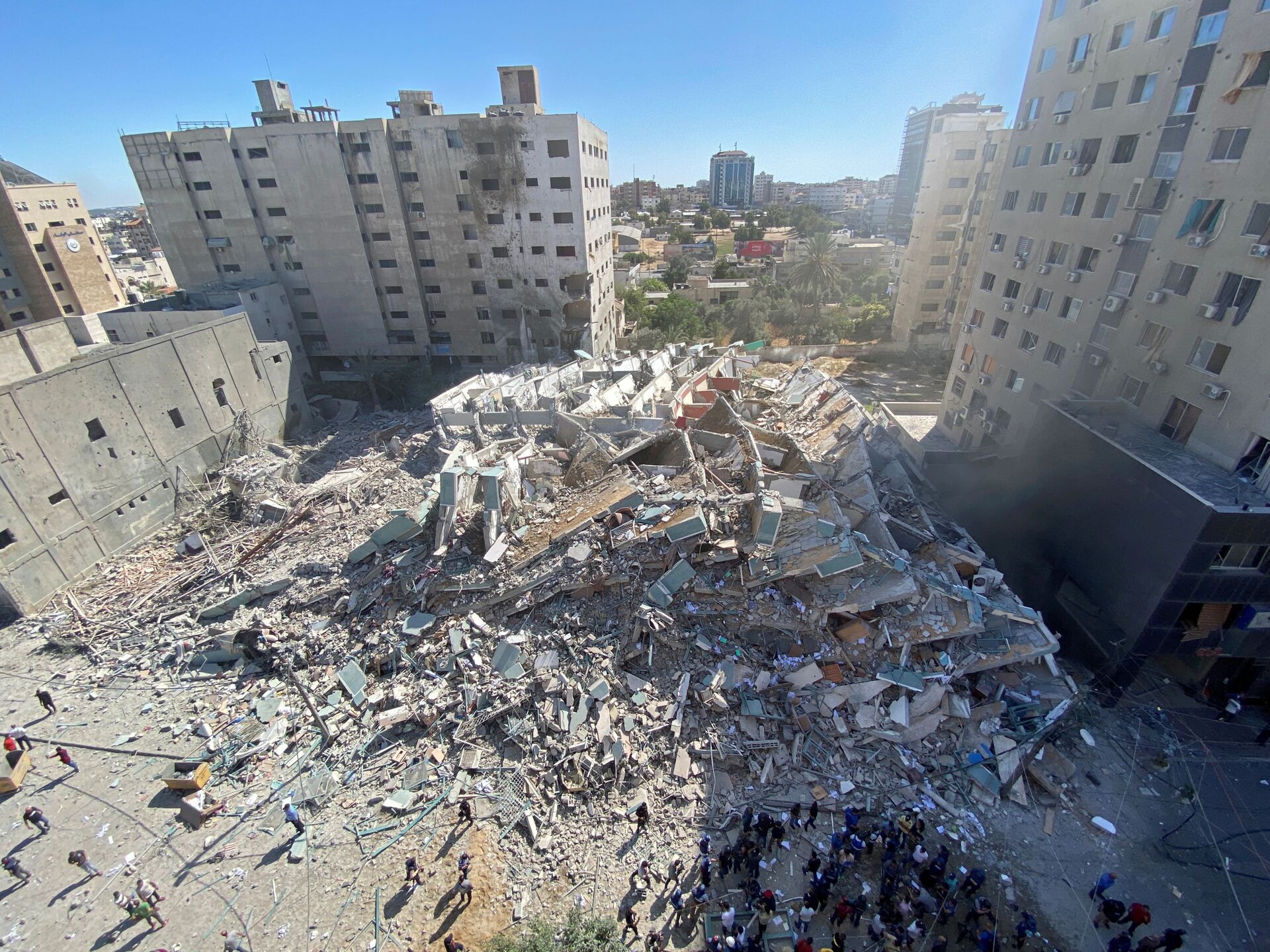 The International Federation of Journalists, the Committee to Protect Journalists, and Reporters Without Borders condemned the strike on the tower. The Associated Press said it was “shocked and horrified” by the building’s destruction, and stressed the Israeli military had “long known the location of our bureau and knew journalists were there.” Al Jazeera similarly condemned the attack, saying it “views this as a clear act to stop journalists from conducting their sacred duty to inform the world and report events on the ground.”

The Jala Tower attack took place amid the ongoing exchange of rocket and missile fire between the Israeli military and Hamas in Gaza. The Palestinian militant group launched 150 rockets into Israel last Monday in response to the Israeli police presence at the Al-Aqsa Compound and East Jerusalem amid escalating violence between Jews and Palestinians over an expected Supreme Court ruling to kick Palestinian families out of their homes in the Holy City. By Monday, over 3,000 rockets had been launched from Gaza by Hamas and other militants. Israel has carried out hundreds of air and missile strikes into the enclave.

‘Lost Their Moral Compass’: Muslim States Blast Normalization Dealmakers at Summit Condemning Israel
Over 200 people have been killed in the week of violence, among them nine Israeli civilians (two of them Palestinian-Israelis), one Israeli soldier, 18 Palestinians in the West Bank and East Jerusalem, and 197 Palestinians in Gaza. Hundreds of people on both sides have been injured, and an estimated 34,000 Palestinians have been displaced.