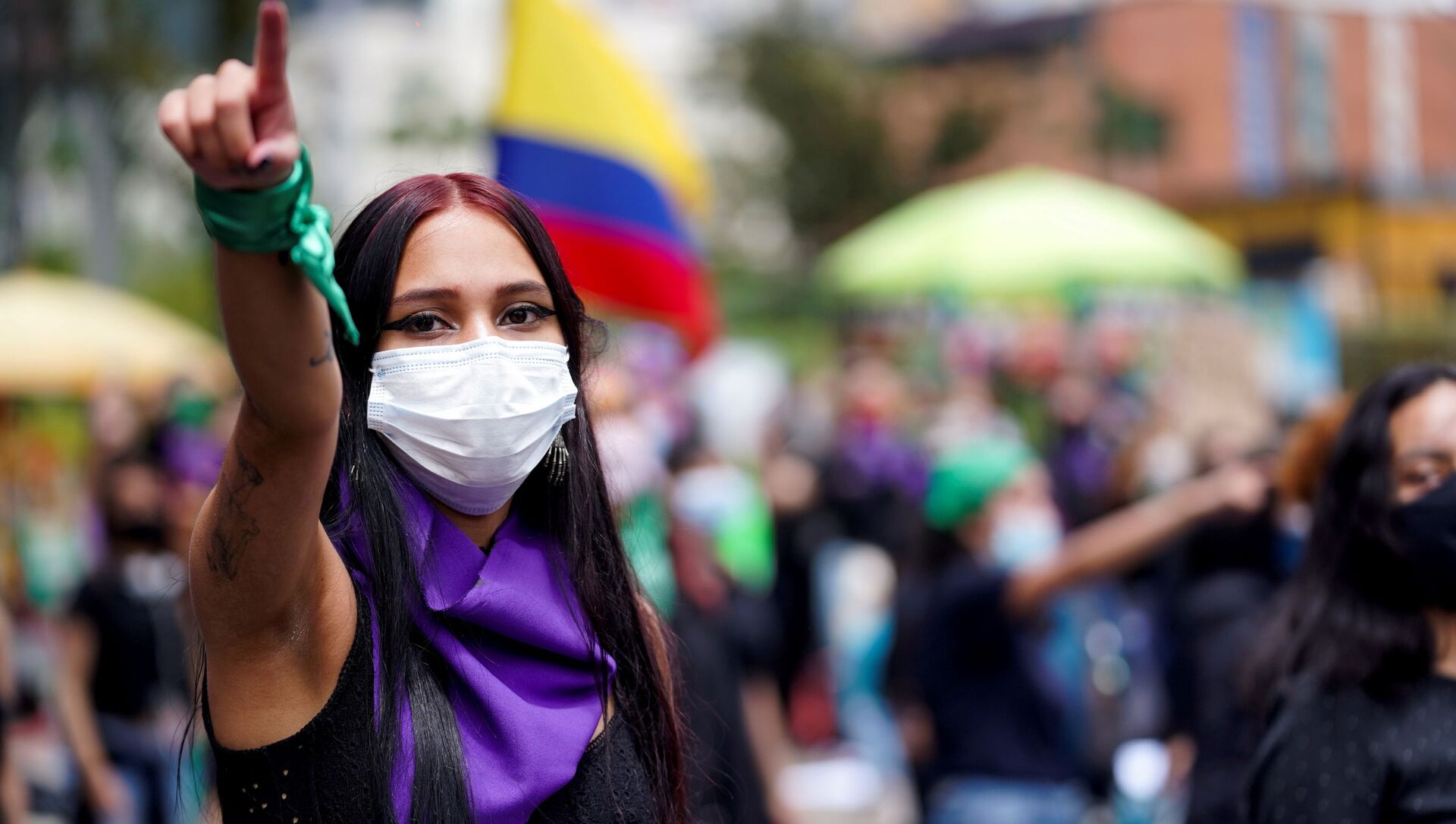 BOGOTA (Sputnik) - The Monday meeting between the government of Colombia and the National Unemployment Committee aims to analyze the possibilities of dialogue and prospects for the demilitarization of the country, a member of the committee and president of the General Confederation of Labor (CGT) Percy Oyola told Sputnik.

On Monday, local media reported that Colombia’s government needed time to analyze a document containing protesters' demands and was scheduled to hold a new meeting with the national strike committee later on Monday, at 2:00 p.m. local time (19:00 GMT).

"We hope that from two in the afternoon the government will respond and will find enough will to start the negotiations. We are going to the meeting to see if the cities can be demilitarized. Based on the government's attitude, we will see how many possibilities there are to continue dialogue," Oyola told Sputnik.

According to Colombian media reports, the document presented by the national strike committee to the country’s government includes demands to remove Colombia’s army and Mobile Anti-Disturbance Squadron (ESMAD) forces from controlling protests, ban police from using firearms and traumatic guns, and guarantee the right to protest peacefully.

Earlier, the General Confederation of Labor (CGT) told Sputnik that Colombian unions had prepared seven points that they wanted to be addressed at a new round of talks between the government and the National Unemployment Committee (CNP).

Colombia’s Ministry of Defense has reported more than 430 detentions and more than 800 injuries, both amid law enforcement and protesters who have been demanding social and healthcare reforms, as well as the demilitarization of cities. Demonstrators, as well as international institutions, have been drawing attention to the disproportionate use of force by the Colombian police.

Colombia’s Central Union of Workers (CUT) called for the continuation of strikes and popular assemblies on Sunday, announcing a mass demonstration for Wednesday, amid government efforts to end national strikes that have been ongoing since last month.