US, Kurdish Allies Reportedly Smuggle Another Convoy of Stolen Syrian Oil and Wheat Out of Country 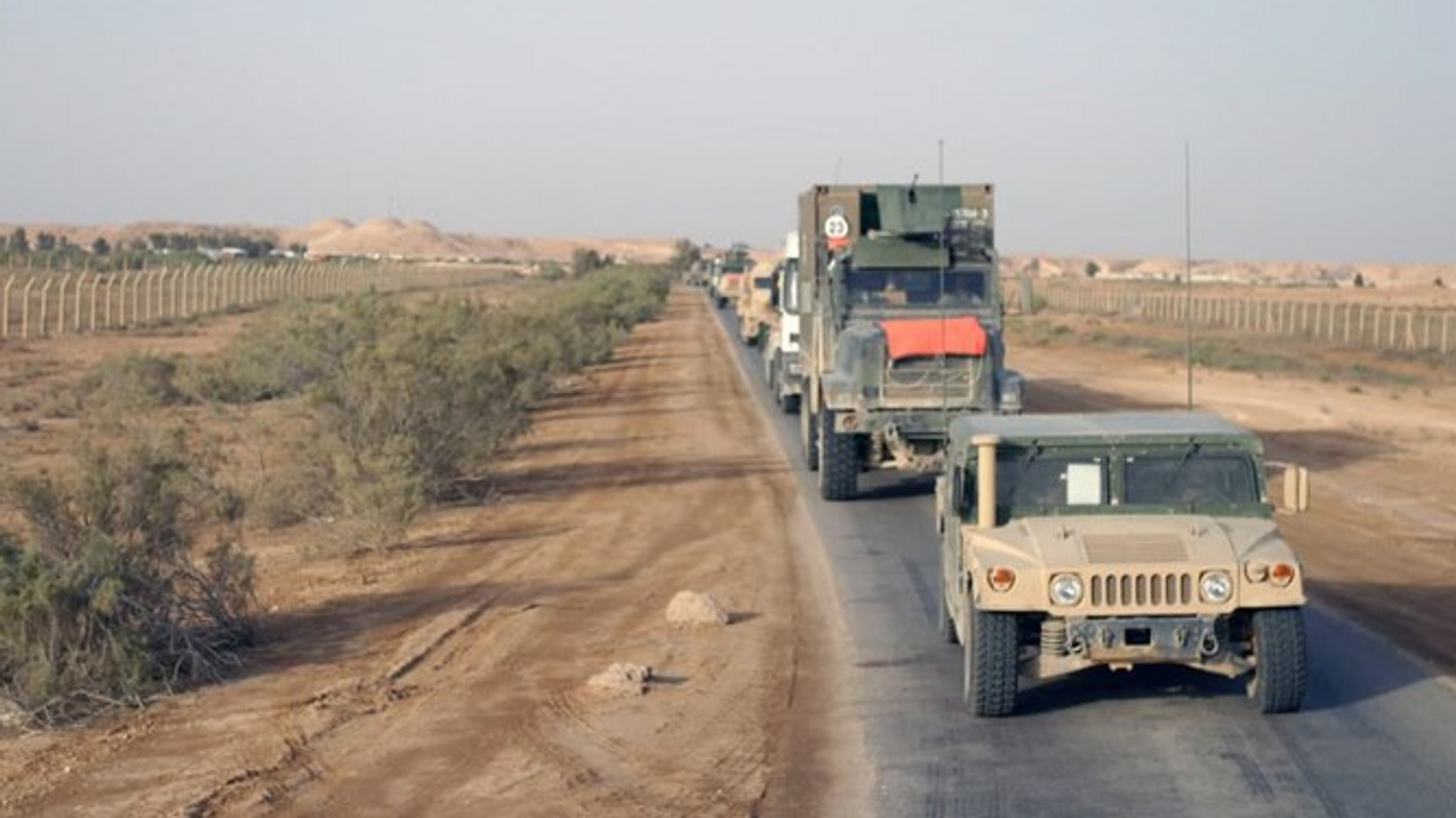 Ilya Tsukanov
All materialsWrite to the author
The United States has been in Syria since 2016, justifying its presence in the country by the alleged threat of a resurgent Daesh (ISIS)*, which was routed in 2017. The Syrian government has repeatedly demanded that US troops vacate the country.

‘US occupation forces’ and their Syrian Democratic Forces militia allies have smuggled another 38 trucks and tankers’ worth of wheat and oil out of Syria via the al-Walid border crossing, the Syrian Arab News Agency reports, citing local sources.

The agency’s sources said the supplies were taken from the US and Kurdish-occupied Jazira region of al-Hasakah governorate. SDF militia are alleged to have accompanied the convoy on its way toward the al-Walid crossing, which the Syrian government considers illegal because it's outside Damascus’s control.

The smuggling activity follows a separate report on Saturday that US forces had brought 10 tractor trailers carrying Hummers from Iraq into Syria, driving them toward the town of Rmelan in al-Hasakah.

Syria has previously reported on the back-and-forth flow of “thousands” of military vehicles, trucks carrying military supplies and equipment, refrigerator trucks, and vehicles containing building materials into Syria via Iraq, while smuggling hundreds of trucks and tankers’ worth of stolen Syrian oil and, more recently – wheat, out.

Last week, SANA reported that two massive convoys containing a total of 88 vehicles filled with oil and wheat left Syria for Iraq from two separate directions, one of them containing wheat from the strategic Tal Alou silos, and the other convoy oil tankers, covered trucks and refrigerator vehicles from the al-Yarubiya countryside.

Explosion Reported On Board Oil Tanker Off Syria
The Biden administration has left in place its predecessor’s policy of robbing the impoverished and food-insecure nation of its natural resources and wheat stocks. The US and its Kurdish allies enjoy control over as much as 90 percent of Syria’s oil wealth, and their refusal to turn these areas over to Damascus has ensured that the once energy self-sufficient nation has been forced to turn to Iran for fuel imports. On top of that, Iranian tanker ships carrying Syria-bound oil have reportedly faced "dozens" of attacks by Israel costing “billions of dollars.”

The wheat smuggling has also led Syria’s other ally – Russia – to step up wheat supplies to the Arab Republic. Last year, Moscow donated 100,000 tonnes of wheat to Syria in the form of humanitarian aid. Before the 2011 war began, Syria enjoyed self-sufficiency in wheat production.

US Convoy Violated Protocol as Six Vehicles Tried to Enter Northeastern Syria, Russian Military Says
Syrian, Iranian, and Russian diplomats at the United Nations have repeatedly blasted Washington over its weaponisation of food and medical supplies in Syria, and suggested that the humanitarian situation is even worse in areas of the country outside the Syrian government’s control. On top of the food and oil smuggling, Syria faces crippling US and European Union sanctions, with these factors together hindering reconstruction.

In March, Syrian oil minister Bassam Touma accused the US and its allies of “targeting the Syrian oil wealth…just like pirates,” and suggested that the situation faced by Damascus has not been seen by any other nation, “in terms of preventing us from tapping our wealth and at the same time stopping basic commodities from reaching our country.”