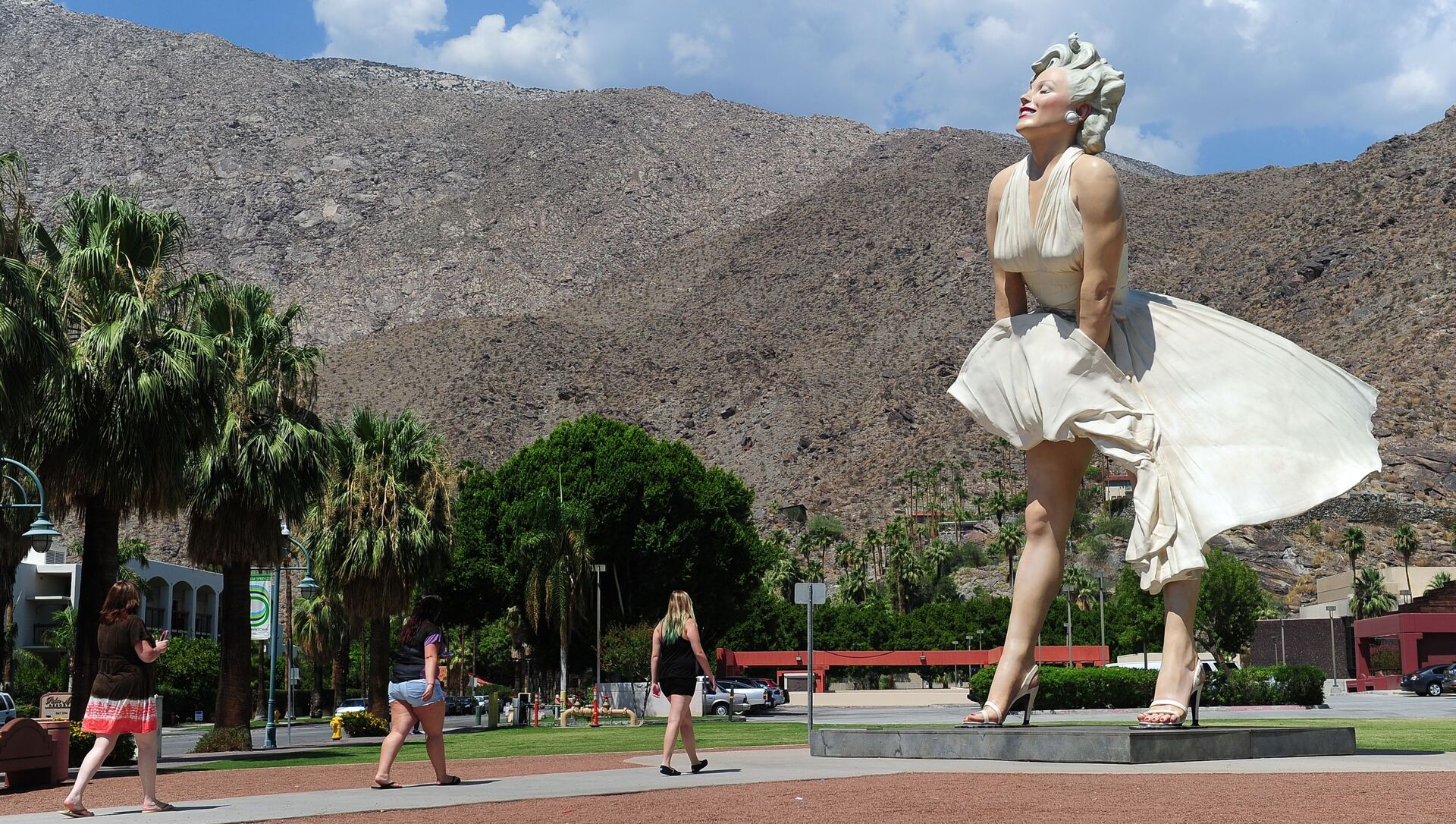 Andrei Dergalin
All materialsWrite to the author
As one of the opponents of the statue’s return reportedly insisted, the thought of the kids leaving the museum and witnessing “the undergarments and underwear of this enormous Marilyn sculpture would be highly offensive."

The impending return of a 26-foot-tall statue of Marilyn Monroe – depicting her "in that famously billowing white dress as she stands over a subway grate in the movie The Seven Year Itch" - to the place in Palm Springs, California, where it was located from 2012 to 2014, has apparently elicited mixed reaction from the locals, NPR reports.

According to the media outlet, the stainless steel statue known as "Forever Marilyn" was "one of downtown's hottest attractions", with Aftab Dada, managing director at the Palm Springs Hilton and the head of PS Resorts, saying that "she makes [the] majority of the people very happy."

"The photos taken, and being transmitted all over the world, will do nothing but benefit the city of Palm Springs," he remarked.

Louis Grachos, the director of the Palm Springs Art Museum, appeared less thrilled, however, as the statue is expected to be installed in front of the entrance to the venue, facing away from it.

"The thought of those kids leaving our museum and having the first thing they see is the undergarments and underwear of this enormous Marilyn sculpture would be highly offensive," Grachos complained.

Elizabeth Armstrong, spokesperson for a Change.org petition that is protesting Marilyn's objectification and which has already accrued over 40,000 signatures, also remarked that the statue is "literally going to be mooning the museum."

"It's blatantly sexist," she said. "It forces people almost to upskirt."

And the so-called Committee to Relocate Marilyn, led by fashion designer Trina Turk, wants to move the statue to a slightly different location, focusing on "complex local regulations and city planning," as the media outlet put it.

"We're sticking to the street and highway code and the ways in which Palm Springs did not follow its own rules in the process of closing this street," Turk said.

According to KCRW, Turk argues that "the whole purpose of this street was so that there would be an unobstructed sightline from Palm Canyon Drive to the museum", while Marilyn’s statue would "block that."