Over 200 Hospitalized After Collapse at Givat Zeev Synagogue, Reports Say 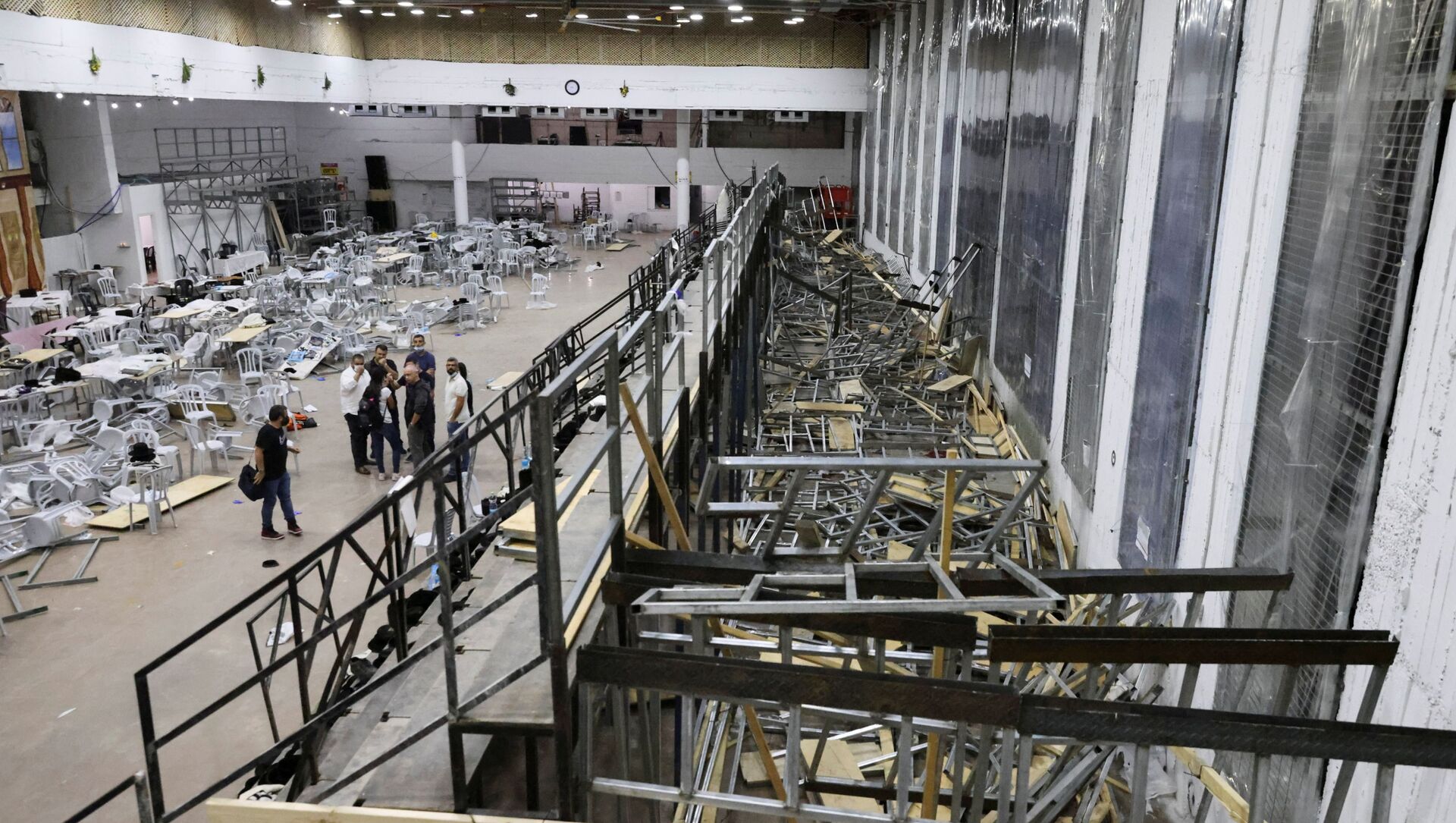 TEL AVIV (Sputnik) - More than 200 people have been taken to hospitals after the collapse of bleachers during mass prayer in an Israeli synagogue in Givat Zeev, a West Bank settlement about 3 miles from Jerusalem, the Israeli Kan broadcaster reports.

Late on Sunday, Israel's national emergency medical service Magen David Adom (MDA) said that the number of people injured in the Givat Zeev incident stood at 167. Five of the wounded were in serious condition. The MDA also confirmed reports of two deaths as a result of the collapse.

The Kan broadcaster later reported that the number of people injured in the collapse of bleachers in the Givat Zeev synagogue had gone up to 219, with 15 of the injured currently in critical condition.

According to Israeli media reports, a 12-year-old boy is among the two people who succumbed to their injuries after the tragic event on Sunday (the other is a 40-year-old man).

The crowded bleachers collapsed at the synagogue in Givat Zeev shortly after the start of the Shavuot event, which reportedly had not received approval from local fire and rescue services because of ongoing construction at the site.