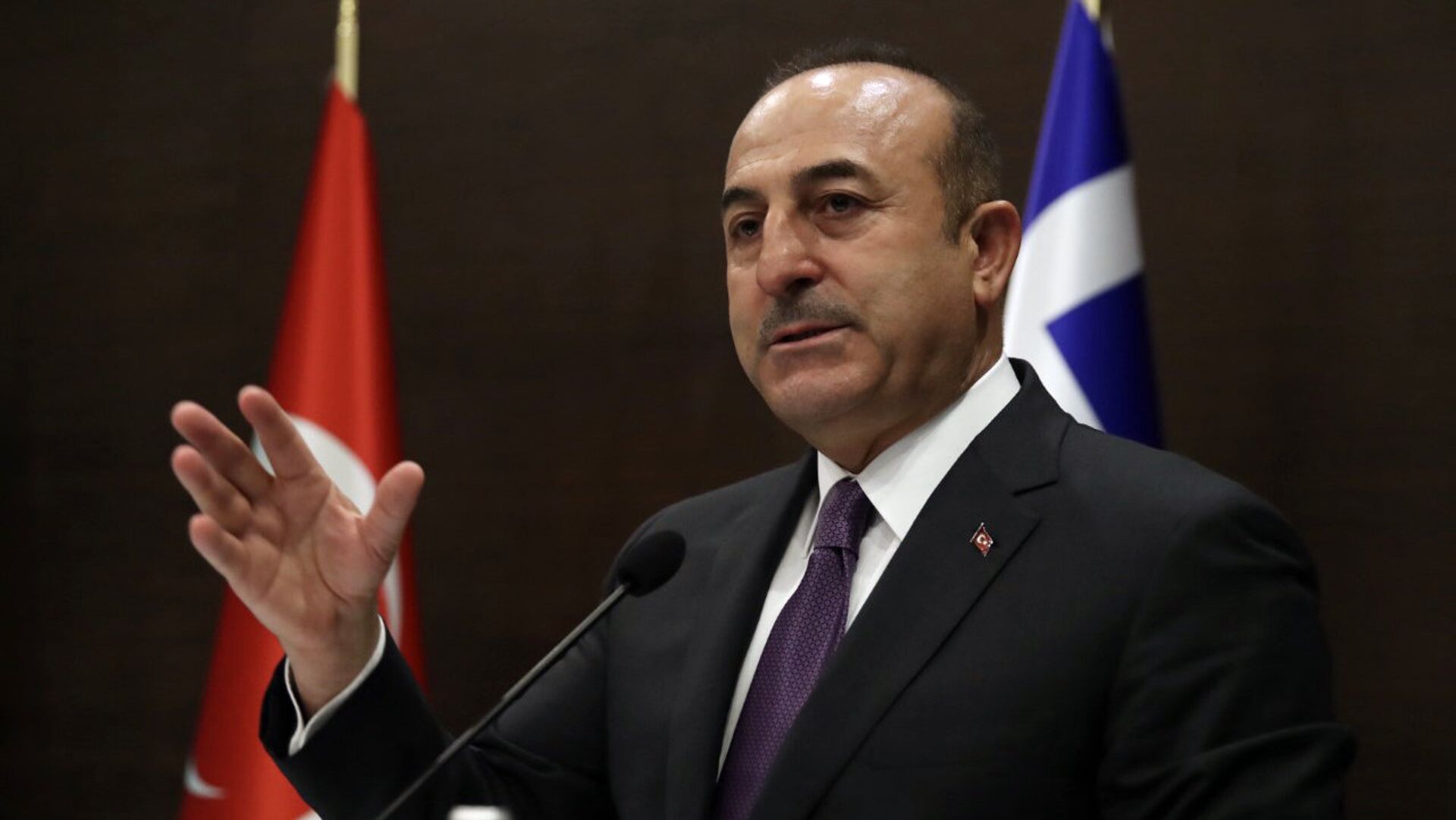 Morgan Artyukhina
All materialsWrite to the author
In 2020, the Trump administration successfully pushed four Arab nations - the United Arab Emirates, Bahrain, Sudan and Morocco - to recognize the state of Israel in a peace deal that promised to halt Israeli annexation of parts of the West Bank.

At a Sunday emergency summit by the Organization of Islamic Cooperation (OIC), the 57 Muslim-majority member nations sharply condemned Israel’s attacks on Gaza and the Al-Aqsa mosque in Jerusalem, but also criticized several of their own number who signed controversial normalization deals with Israel last year.

In a joint statement after the summit, the OIC said it “condemns in the strongest terms the barbaric attacks launched by Israel, the occupying authority, against the Palestinian people and their land and holy sites.”

The group called on Israel to put “a stop to all violations being carried out by Israel, the occupying authority, including disrespect for the holy sites,” noting it "holds Israel, the occupying authority, fully responsible for the deterioration of the situation caused by its systematic crimes against the Palestinian people … in particular, the extensive barbaric military attack on the besieged Gaza Strip."

The OIC further urged the United Nations Security Council (UNSC) to “act swiftly” to end the Israeli attacks, which UNSC head China similarly moved the body to do on Sunday.

Violence in Israel and the Palestinian territories had been escalating for weeks before the May 7 attack on al-Aqsa, the third-holiest site in Islam, by Israeli police that injured more than 300 Muslims attending the final Friday prayers of Ramadan. Protests against the closure of the Old City’s Damascus Gate and the imminent eviction of Palestinian families from the Sheikh Jarrah neighborhood were met with violence by both Israeli police and mobs of civilians who attacked homes and people in the street. When Hamas fired off a hail of rockets at Israel in response to the Jerusalem violence, Israel responded with airstrikes in an exchange of fire that has continued unabated for a week.

“We are facing a long-term occupation. that’s the base of the problem,” said Foreign Minister Riad Malki of the Palestinian Authority at the start of the conference, as quoted by The New Arab. “Crimes are committed against the Palestinians without consequences,” he said. The PA controls the West Bank, which is heavily saturated with Zionist settlements, but not the Gaza Strip, which is ruled by a Hamas-led government. Hamas did not take part in the meeting.

“The plight of the Palestinian people is the bleeding wound of the Islamic world today,” Afghan Foreign Minister Mohammad Haneef Atmar added.

However, the OIC summit, which was hosted online by Saudi Arabia, also saw fighting between the foreign ministers of several members after some raised criticisms of others having signed supposed peace deals with Israel just months earlier.

“The massacre of Palestinian children today follows the purported normalization,” Iranian Foreign Minister Mohammad Javad Zarif said, according to the Associated Press. “This criminal and genocidal regime has once again proven that friendly gestures only aggravate its atrocities.”

“Make no mistake: Israel only understands the language of resistance and the people of Palestine are fully entitled to their right to defend themselves,” Zarif added.

Turkish Foreign Minister Mevlut Cavusoglu joined in, saying those nations who signed peace deals “have lost their moral compass,” adding that “If there are half-hearted statements within our own family, how could we criticize others? Who will take our words seriously?”

Beginning in September 2020, four Arab nations signed deals recognizing Israel and extending normal diplomatic relations to the Jewish state: the United Arab Emirates, Bahrain, Sudan, and Morocco. Previously, Egypt and Jordan did the same in 1978 and 1994, respectively. The deals amounted to a repudiation of the “three nos” agreement signed by Arab League members in Khartoum in 1967 in the aftermath of the disastrous Six-Day War. There they pledged no peace, no recognition and no negotiations with Israel. In the war, Israel had seized the West Bank and East Jerusalem from Jordan, the Sinai from Egypt, and the Golan Heights from Syria.

The peace deals, heavily coordinated by Jared Kushner, the adviser and son-in-law of then-US President Donald Trump, bore substantial fruit for each signatory, including weapons deals for Abu Dhabi and Manaus and recognition of Morocco’s claim of sovereignty over the non-self-governing territory of Western Sahara, despite a UN-mediated independence process there. The deal averted a planned annexation of parts of the Jordan River valley in the West Bank by Israel, but was denounced by Palestinian leaders as a betrayal of their cause.

After the Sunday summit, Saudi Foreign Minister Prince Faisal bin Farhan Al Saud held a phone call with US Secretary of State Antony Blinken to discuss "the most prominent developments, foremost of which are developments in Palestine, and in the region," according to the Saudi Press Agency. While Riyadh has not formally recognized Israel, its informal relations are an open secret even as the kingdom postures as a champion of the Palestinian people.

Qatari Foreign Minister Mohammed bin Abdulrahman Al-Thani had a similar call with Blinken. The Qatari foreign minister said he urged the need of the international community to end "the repeated brutal Israeli attacks against civilians in Gaza and the blessed Al Aqsa Mosque" and reaffirmed "the firm position of the State of Qatar on the justice of the Palestinian cause and the legitimate rights of the brotherly Palestinian people."